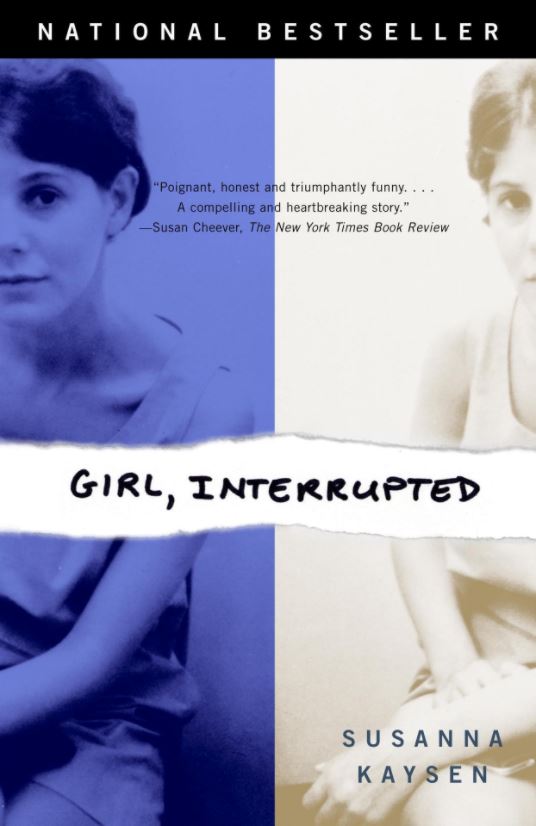 ***Content Warning: Please be advised that this post discusses aspects of Girl, Interrupted, a book and feature film that contain strong elements of suicide, self-harm, and other mental health concerns/disorders.***

Girl, Interrupted, a 1993 memoir written by Susanna Kaysen, depicts her life in the sixties as she is diagnosed with borderline personality disorder and sent to a psychiatric hospital. For the next two years, Kaysen illustrates her time in this Massachusetts hospital, from the other patients she meets, to the treatment she receives, to the minute by minute surveillance by the staff, unable to even shave her legs without supervision. Kaysen describes this period of her life in intense detail, where readers cannot help but feel extreme sympathy and pain for her and the other patients. Lisa Rowe, Daisy Randone, Georgina Tuskin, and Polly Clark, who are admitted to McLean Hospital for all sorts of mental illnesses and personality disorders, play a large role in both Susanna’s suffering and growth over time. Girl, Interrupted, while should be read with caution due to the discussion of suicide, eating disorders, and self-harm acts, provides a glimpse into the reality of mental health treatment during the 1960s. Additionally, readers can understand the importance of getting help when you need it and pushing past the impossible to gain back your freedom.

The movie adaptation, directed by James Mangold and released in 1999, follows a similar story to the one Kaysen depicts in her memoir. However, there are several relevant plot lines in the novel that are left out of this film. Winona Ryder, who plays Susanna, executes her role quite well, portraying a young girl left to be institutionalized by a society who believes that anyone with a mental illness should be locked away. Through this movie, viewers can understand the pain and suffering that these patients experience and share their frustration for how the hospital treats them. It should be noted that this film is rated R and includes scenes of suicide and violence that may be unsuitable for some audiences.

Flip. Because this is a memoir, recounting real life experiences of Susanna Kaysen, I feel that the movie adaptation does not closely follow what Kaysen depicts in her novel. The ending of the book provides much more satisfaction and closure to the story, sharing details from years later after Kaysen is released from McLean. Additionally, I feel that some of the scenes in the movie are included merely for suspense and entertainment purposes, disregarding the true intent of what Kaysen experienced. If you are looking for a more autobiographical narrative written honestly and poetically, I would recommend giving the book a read. However, if you are more interested in a dramatic, provocative retelling, this movie remains an excellent option.