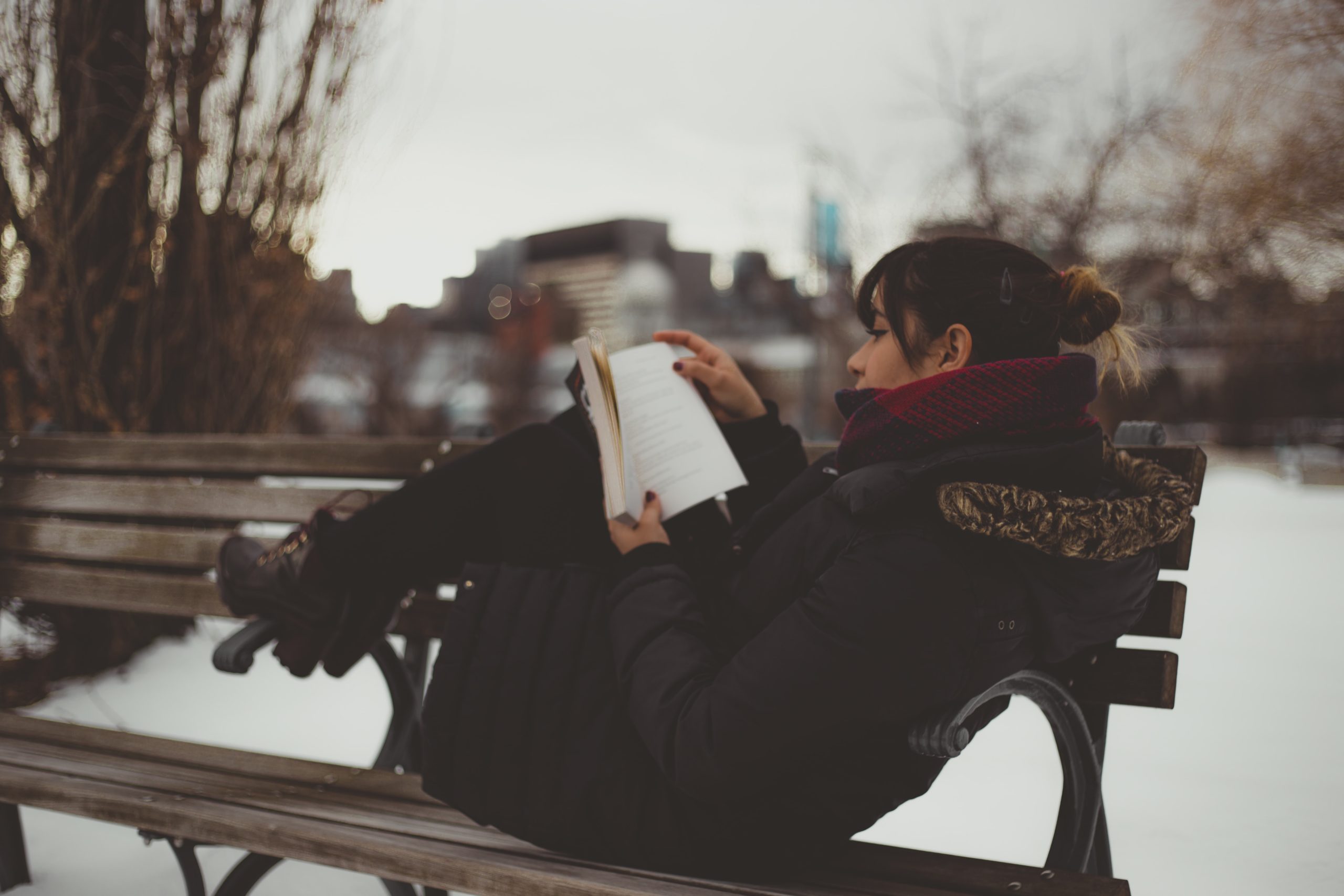 It feels like I spend more time talking about books I intend to read than I actually spend reading, but during winter break, I surprised myself by following through with most of my reading plans! In spite of the chaos of the holidays and a hectic travel schedule, it was a refreshing change of pace to briefly turn off the English student part of my brain and fall into a habit of reading solely because I feel like it. Rather than dwelling on every adjective and metaphor or digging into deeper meanings behind each text’s symbolism, I just kicked back and let the words flow through me.

As you can see in this blog from December, curated by Falvey’s very own Kallie Stahl, I set out to read a few specific books during break, so in this blog, I’m going to let you know what I think of the books I read and whether or not I recommend them.

I had high expectations for this book… and Oscar Wilde exceeded all of them. As Wilde’s only novel, A Picture of Dorian Gray has earned a mythical status as a nearly perfect novel, and now I understand why.

Poetry is Wilde’s usual form of choice, but he mastered the novel on his first attempt. I found that Wilde’s prose almost reads as poetry. His passages flow like melted gold, showing just how meticulous he is about choosing each and every word.

Dorian Gray may also be the most quotable book I’ve ever read. The character Lord Henry is always armed with a pithy retort or epigram that will make you re-evaluate your philosophy of life. My only warning is that in the wrong hands, this book could turn its reader to a narcissist, but Wilde might say that’s nothing to be weary of. I’m not sure if this novel has any morals or if its value is simply found in its beauty, like Dorian himself. I’ll leave that for you to decide.

So, would I recommend this book..? Yes!

One Day in December – Josie Silver

The spontaneous formation of a book club put together by my extended family led me to read One Day in December. It isn’t something I would usually gravitate toward, but nonetheless, I decided to listen to my aunt’s recommendation and give romance a chance.

I want to begin by saying I have nothing against the romance genre. Indulging in a melodramatic love story from time to time can be a lot of fun, but fun is not how I would describe my experience reading One Day in December.

Perhaps if this story were condensed a bit it would have been a quick and entertaining read, but One Day in December is nearly 500 pages long and takes place over the course of ten long years. Replace the content of the Lord of the Rings trilogy with a drawn-out plot from the most lifeless Hallmark movie you can imagine, and you’ll have an idea of what it was like reading this book. I wish I could tell you the experience was forgettable, but unfortunately, the particulars of the protagonists’ personal lives are tattooed to the backs of my eyelids. And yes, receiving these tattoos was as painful as you’d imagine.

In spite of this novel’s tedious narrative, both Reese Witherspoon and Mindy Kaling have shown interest in adapting the text to the big screen. I’ll be sure to follow up with a film review when pigs fly.

So, would I recommend this book…? No, but I had a good time tearing it apart with my family.

The Song of Achilles – Madeline Miller

I’ve heard endless buzz about The Song of Achilles for years now, and during winter break, I finally took the plunge. This story about a romantic relationship between two men of royal descent, Patroclus and Achilles, is written beautifully, and considering the liberties Miller takes in adapting the ancient story, she remains fairly true to the era.

Miller does not whitewash the harsh realities of the Greek Heroic Age and successfully creates several vivid characters with distinct personalities. The protagonists are forced to grapple with the power of Fate while planning their time left together.

So, would I recommend this book..? Yes, and I’ve already purchased Miller’s second book, Circe.

Although I claimed I would read Chinua Achebe’s Things Fall Apart over break in Kallie’s blog, I chose not to because I wanted to experience it for the first time in Professor Chiji Akoma’s class “Chinua Achebe and the African Novel,” which I am excited to be taking this semester!

Hopefully I keep this habit of personal reading throughout the semester, as it always seems to slip away when the coursework begins to pile up. At the very least, my family’s book club will hold me accountable for reading at least one book not related to my studies each month!