A Free Library of Marxist Thought: The Marxists Internet Archive

The Marxists Internet Archive (MIA) may at first glance look like a hold-over from the early internet years, but a closer look quickly reveals its lasting scholarly relevance. This one-of-a-kind library is home to a wealth of sources representative of the width and depth of Marxist thinking worldwide. Scholars can find here the works of most Marxist thinkers and practitioners, selected works of contemporary practitioners, and a range of influential works that predate Marx and Engels. 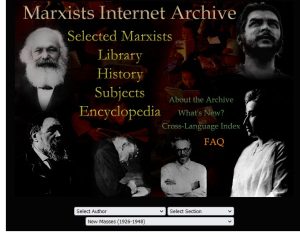 As should be expected from a library of Marxist thought, all content is freely available as promised in the MIA’s charter. The texts in the archive are either in the public domain or were published with the permission of the current copyright holder. Other texts, including transcriptions and translations, were contributed by volunteers. 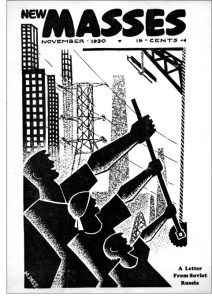 Despite the gaping hole left by the absence of the authoritative English translation of the collected works of Marx and Engels, there remains a wealth of Marxist thought to be explored. The Beginner’s Guide to Marxism introduces the subject with a carefully curated selection of fundamental Marxist ideas. The works of major Marxist thinkers, such as Marx & Engels, Lenin, Luxemburg, and Mao Zedong, are organized in special sub-archives. MIA can also be explored by browsing through its many subject collections, including archives about branches of Marxism, such as Anarchists and Bolsheviks; key historical events, such as the French Revolution and the Comintern; and related movements, such as the Black Liberation and African Liberation movements. The works of Marxist thinkers who are still alive and politically active are out of scope. The same goes for works that are copyright protected, such as important English translations of the works of Marx & Engels. However, because of the global impact of Marxist thought a wide range of languages and geographical regions are represented in the archive.

The MIA periodicals collection brings together an impressive lineup of socialist and communist newspapers and magazines. They can be accessed through a separate drop-down menu on the archive’s homepage. Most of the periodicals are in English, German, and French. Among the titles are the Black Panther (1967–1976), the Camden Voice of Labor (1912–1920), the Irish Marxist Review (2012–present), the Masses (1911–1917), the Liberator (1918–1924), and the New Masses (1926–1948).

In some cases, only selected articles, as opposed to complete issues, have been digitized. The Rheinische Zeitung is one case in point. Only the articles contributed by Marx are available. The Beijing Review (formerly the Peking Review), an English language news magazine published by the Chinese Communist Party, is not listed on the periodicals menu, but rather the Chinese Communism Archive links to the extensive archive which goes back to the first issue published in 1958 and includes over a thousand issues up to 2006. Besides the works of Marxist thinkers and the extensive collection of periodicals, MIA also offers a small selection of recorded speeches as well as images and short videos.

Each new visit to the MIA promises serendipitous discoveries. On my last visit I found two pamphlet collections from the 1920s: the Little Red Library and a collection of Trade Union Educational League Pamphlets. These pamphlets were published by the Communist Party USA and various trade unions and intended for the education of party and union members. For example, one of the volumes in the Little Red Library was written by Max Shachtman about the Paris Commune, and another one presents Engels’ Principles of Communism in English translation. Make some time and stop by the Marxists Internet Archive! The MIA is linked from the Library’s Databases A-Z list. 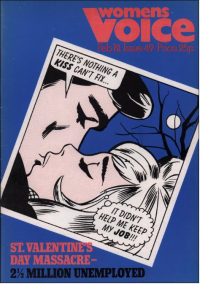