Green Voices of the Past: Joseph McGarrity’s last diary 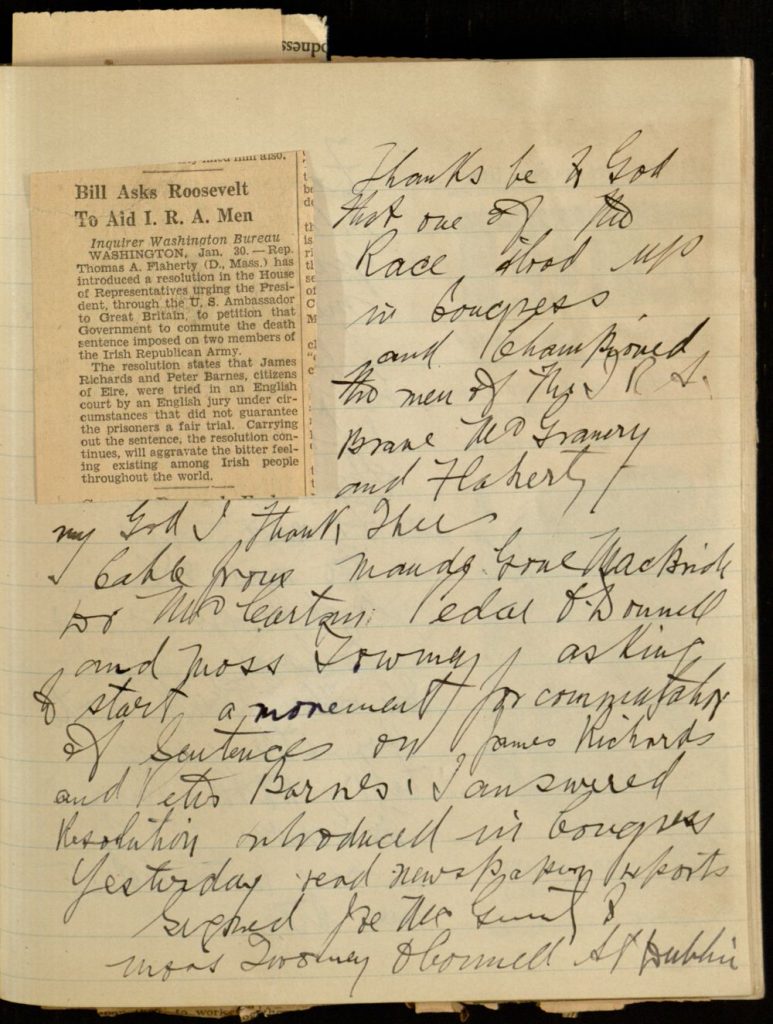 From his unique handwriting, to his strong and decisive beliefs, Joseph McGarrity has been one of the most engaging individuals I have encountered in my work thus far. McGarrity was born on March 28, 1874 and lived until September 04, 1940, and lived a life defined by work towards a unified and independent Ireland. As an Irish-American political activist, McGarrity strove to spread Irish republican values through his work in organizations like the Clan-na-Gael. McGarrity’s 1940 diary, gives a glimpse into what was defining McGarrity’s concerns and political activism during the final years of his life. Filled with newspaper clippings, and personal anecdotes, McGarrity’s diary allows a deeper insight into McGarrity as a person, and how hie viewed England in the age of World War II, and the Irish Civil War.

While steadfastly rooting against England in World War II, McGarrity was perturbed and continually concerned with justice for Irish republicans battling for a unified and independent Ireland. This is most evident in McGarrity’s diary, as primarily in this manuscript McGarrity’s political activism is centered on having the sentences of two Irish Republican Army members commuted. James Richards and Peter Barnes, were sentenced to death following their alleged role in a bombing in Coventry in 1939. Following this sentence, McGarrity immediately began advocacy work to have the sentence commuted, as McGarrity believed the trial to have been carried out in an unjust manner; moreover, McGarrity viewed both Richards and Barnes as prisoners of war in the ongoing Irish Civil War.

From McGarrity’s diary, both his work to commute the executions, and beliefs towards the executions of Barnes and Richards is illuminated. The first mention of this is on page 12 of the manuscript, where McGarrity writes on the resolution he and James P McGranery, a congressman, were working to have presented to congress. McGarrity, in going into greater detail on the resolution on the commutation of the sentence for Richards and Barnes wrote in an entry on January 21, 1940 wrote, “conferred with James P. McGranery regarding resolution in protest of the execution now proposed by England of two Irish Prisoners of war He McGranery hopes to have resolution offered on floor of Congress.”

As the diary progresses, McGarrity’s work does come to fruition, as the resolution he and McGranery wrote was taken up by another congressman, Thomas A. Flaherty, who agreed to present the resolution to congress. McGarrity and McGranery’s resolution called for the ambassador of the United States to the United Kingdom to petition the English government to commute the death sentences of Barnes and Richards. This resolution gained media attention, and McGarrity featured the clippings of the resolution in his diary, one clipping was entitled “Bill Asks Roosevelt To Aid I.R.A. Men.”

As time passes in McGarrity’s diary, McGarrity’s passion towards his work for the commutation of the two IRA members becomes clearer. Impassioned prayers are laden throughout the manuscript. For example, in an entry on January 30, 1940, McGarrity passionately proclaimed in his diary “God I thank thou for thy Devine [sic] Help. Smite of Smite this enemy of Ireland and of right.” Further exemplifying the tendency to include prayers in his diary, McGarrity upon writing on the decision of England to continue with the executions despite the pushback that his resolution generated wrote, “God sustain our boys who are to die tomorrow for Ireland may retaliation be swift on part of I.R.A.”

While McGarrity’s advocacy and resolution for the Barnes and Richards did not result in a commutation of their sentences, this episode in McGarrity’s diary illuminates both McGarrity’s dedication to Irish republican ideals, and his commitment to aiding those who were working towards the same goal. From showing his steadfast commitment against England and for Ireland, as well as more emotion in his impassioned moments of prayer, McGarrity’s 1940 diary is an excellent source for better understanding McGarrity as an advocate, but also as an individual. Moreover, this diary gives a deep insight into what was of the most pressing concern to McGarrity near the end of his life. 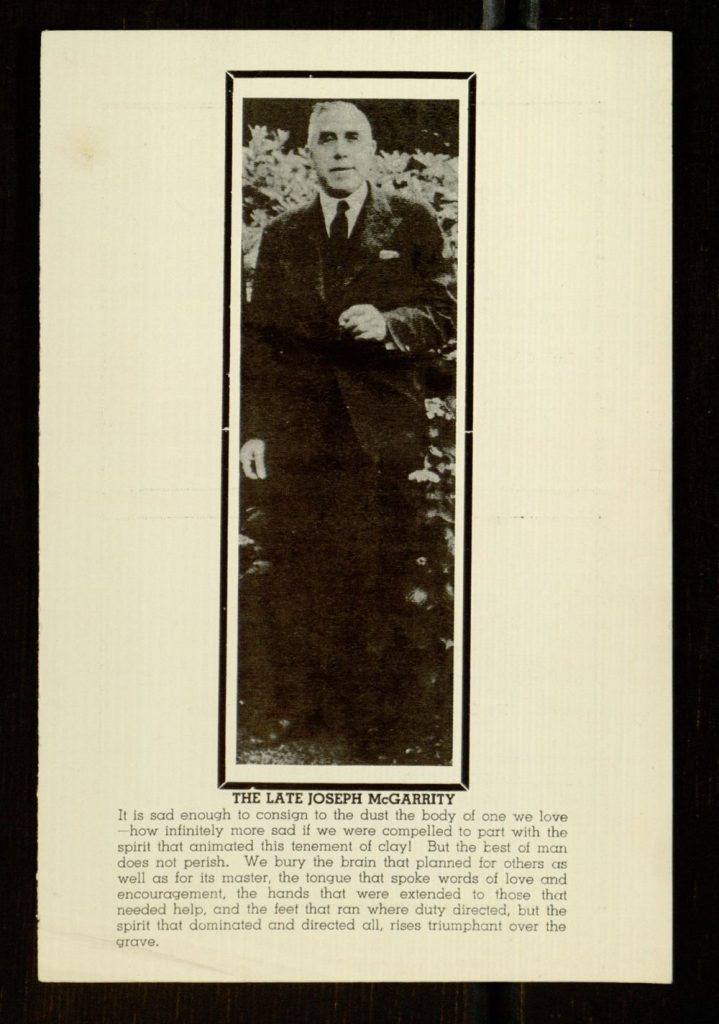