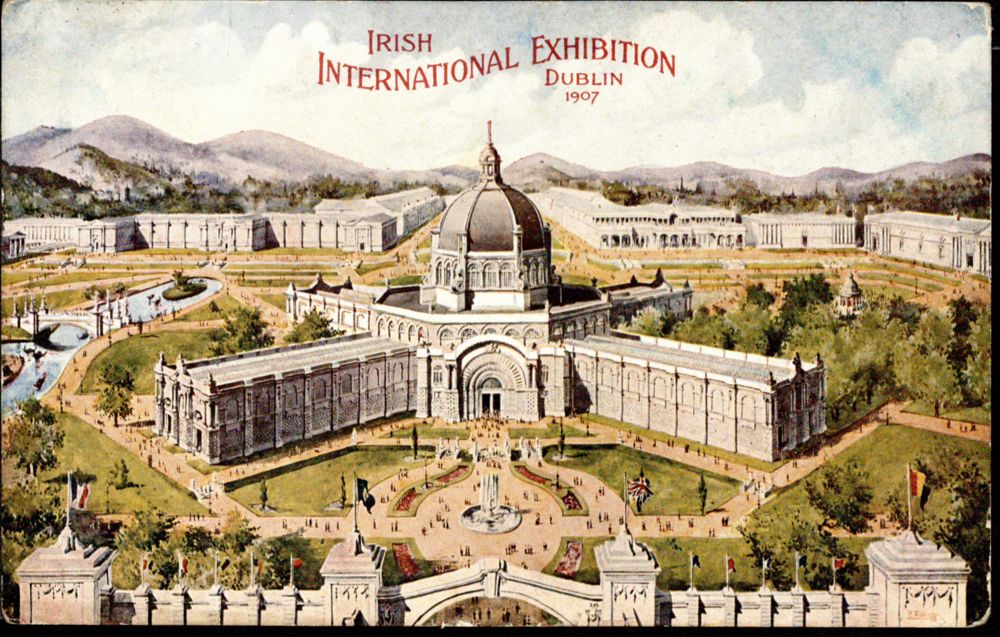 We recently digitized a collection of colorful postcards and other ephemeral materials related to the Irish International Exhibition held in Dublin, 1907. These items are part of a larger collection of Irish postage stamps and postcards given to Falvey Memorial Library by Johan Albert Norstedt (1937-2020). View the items in our Digital Library HERE.

The Irish International Exhibition was a world’s fair held in Herbert Park, in the Ballsbridge neighborhood of Dublin from May to October, 1907. It was typical of expositions of the time which were meant to promote industry, arts, and manufacturing and to stimulate trade and commerce. Featured buildings included a Grand Central Palace, the Fine Art Gallery, the Palace of Industries, the Palace of Mechanical Arts, a Canadian Pavilion, and a Concert Hall and Bandstand. A program for the exhibition details the buildings and features, which also included “an extensive lake with picturesque bridges and islands, … a Water Chute, Rivers of Ireland, Switchback Railway, Helter Skelter Lighthouse, Shooting Galleries, and Somali Village” as “some of the numerous Side-Shows which afford amusement to visitors.” The Somali Village was an ethnological exposition or a “human zoo” and a quite literal display of British imperialism. 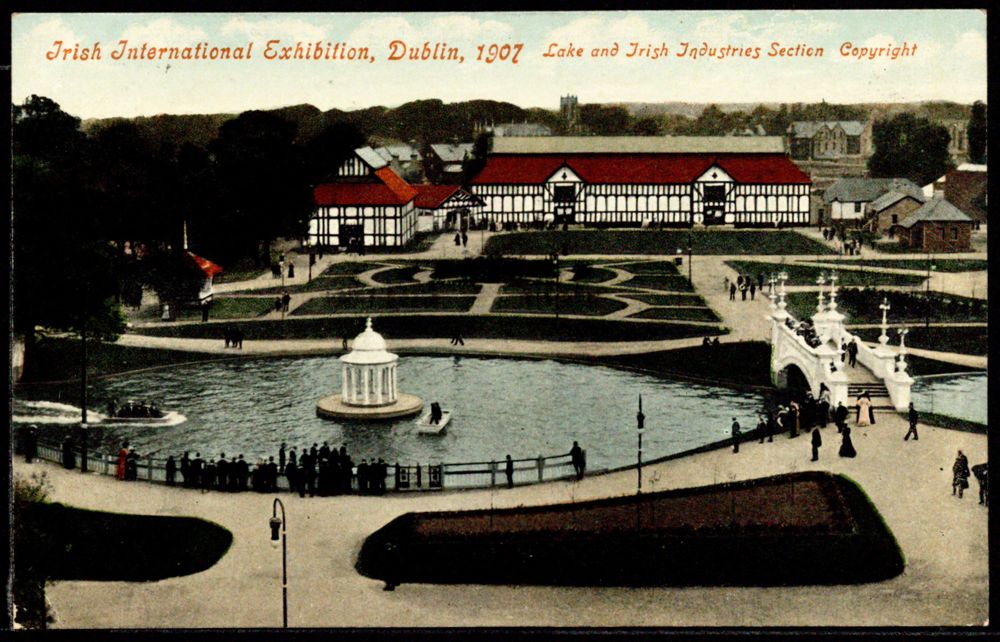 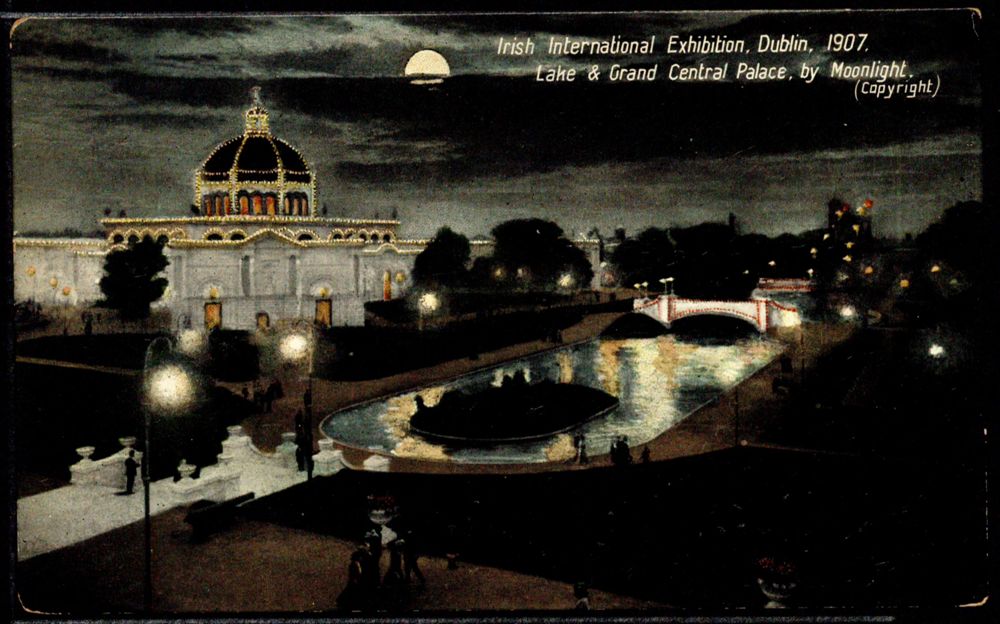 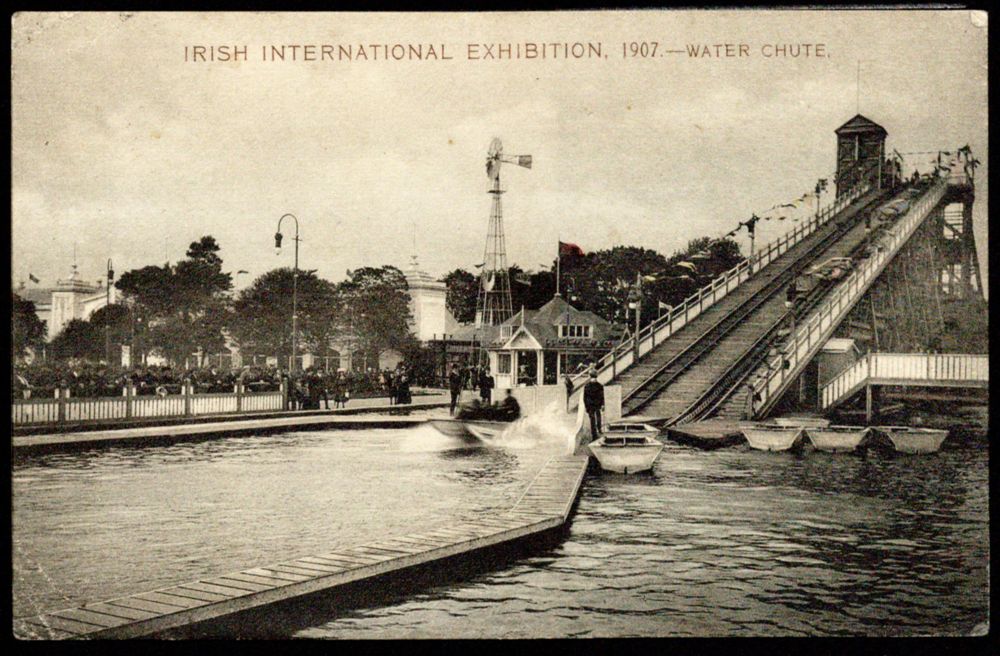 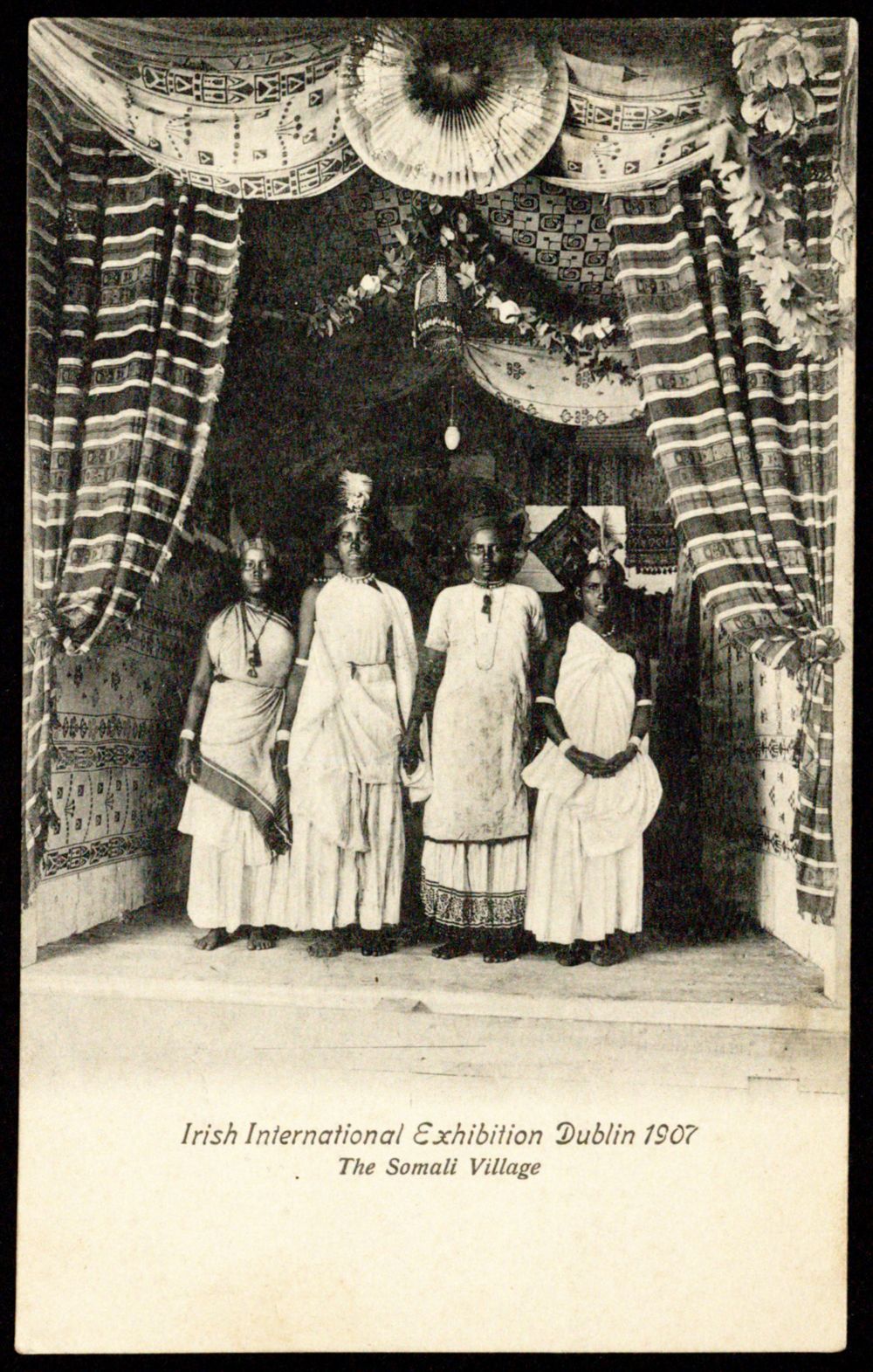 This is a welcome new addition to our Digital Library where you can also find the full 204-page Official Catalogue for the exhibition in the Joseph McGarrity Collection as well as many references and reactions in our extensive newspaper holdings. One such article appears in The Gaelic American, a newspaper published in New York City devoted to the cause of Irish independence from British rule. The cartoon titled “Irish Anti-National Exhibition 1907” and the article headline says it all: “The International Exhibition Fraud: British Show in Dublin a Mere Loyalist Demonstration – Chief Manufactures on Exhibition are Loyalty, British Officials, Soldiers, and Castle Hacks.”