Peek at the Week: November 29

Word of the Week: Air Fryer

Each year Merriam-Webster dictionary adds new words and definitions to its dictionary, from slang to new science and tech jargon. This year, they have added 455 new words! We don’t have enough “Peeks” to cover the new words, but I decided to share one of the newly added words that also may make the perfect Cyber Monday shopping purchase.

An air fryer is now defined by Merriam-Webster as, “an airtight, usually small electrical appliance for quick cooking of foods by means of convection currents circulated rapidly by a fan.” Although invented in 2010, in recent years air fryers have become more popular, leading to their addition. Other newly added food-related words include “fluffernutter” and “chicharron.”

On Dec. 5, 1945 at 2:10 p.m., five U.S. Navy Avenger torpedo-bombers took off from the Ft. Lauderdale Naval Air Station in Florida on a routine three-hour training mission. Two hours later, the squadron leader reported that his compass and back-up compass have both failed. The final communication heard over the radio was the squadron leader telling his team to prepare to leave the aircraft due to a lack of fuel.

A mariner aircraft with a 13-men crew soon took off to find the five U.S. Navy Avenger torpedo-bombers, only to never be heard from again. Although naval officials maintained that the remains of the  men were not found because stormy weather destroyed the evidence, the story of the “Lost Squadron” helped cement the legend of the Bermuda Triangle. 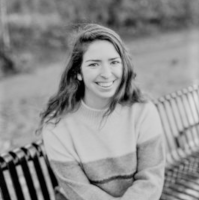