Green Voices of the Past: The German and Irish Connection during World War I

Seemingly the disdain and urgency to work against British interests in World War I emerged soon after the onset of the conflict. Just short of two months after the beginning of World War I, on September 20, 1914, the Irish American Club in their meeting minutes for that day’s meeting discuss ways to work against Irish people fighting for the English in the war. This is clear with the statement “A motion was passed that a re-union [sic] be called for next Sunday night to pass resolutions condemning the action of Redmond and those so called Irish leaders in urging the Irish people to join the English army to fight against Germany” (p. 308). With this strong assertion against Irishmen fighting for the English in World War I, it is clear that the Irish Americans were conflating support of the English with anti-republicanism, as this war was viewed by the Irish American Club as serving the interests of the British. Because of this understanding of the First World War, the Irish American Club worked earnestly to support the opposing side of the war, the Germans. 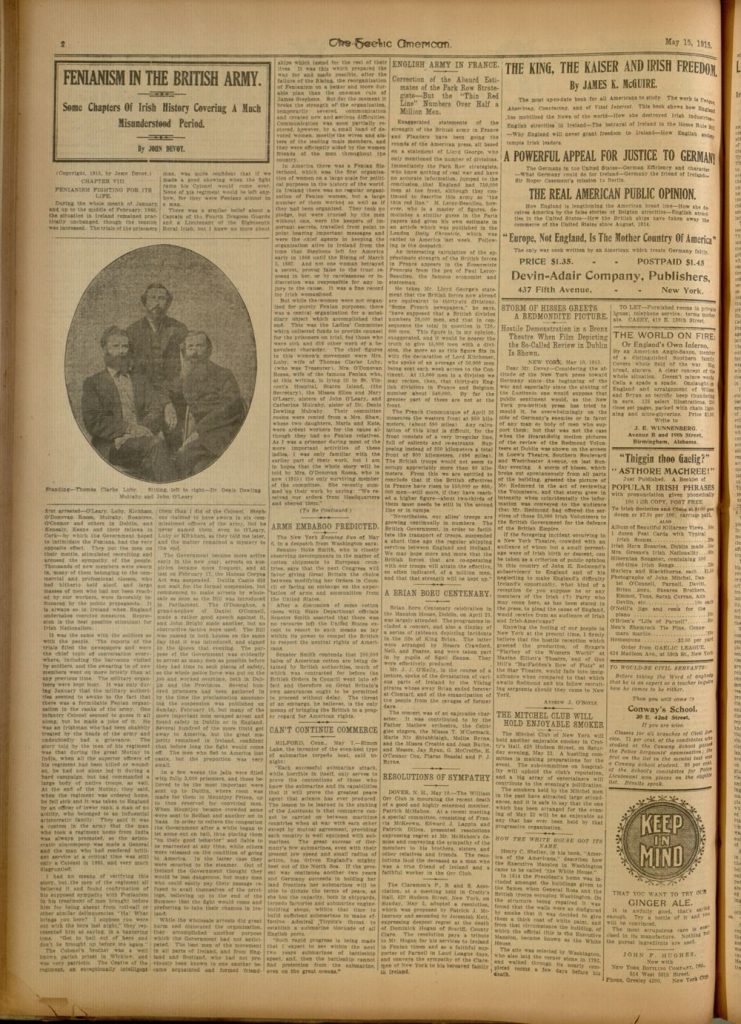 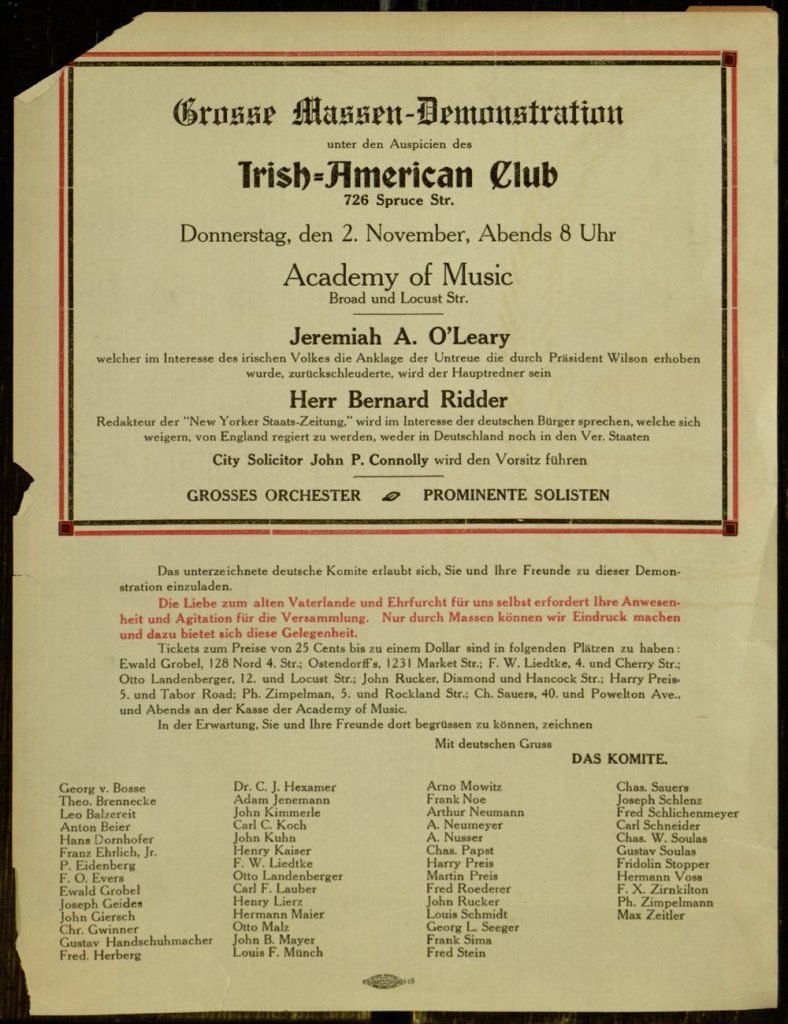