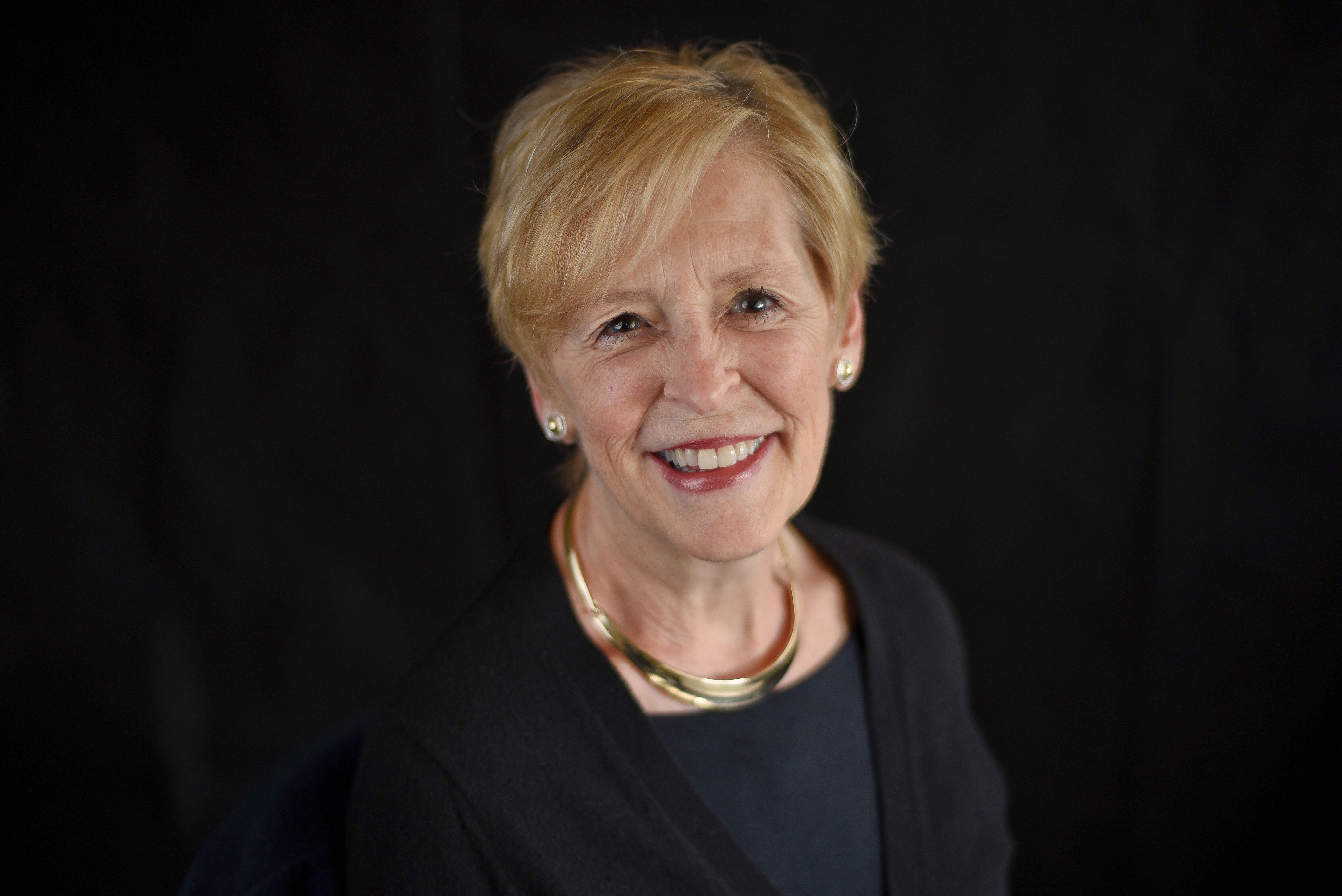 Imagine being greeted by a Falvey Library staff member every time you entered the building. In the late ’90s, patrons were welcomed by a door checker who would review credentials as Falvey Library was once a government documents depository open to the public weekdays 9 a.m.-5 p.m. Jacqueline “Jackie” Smith, Finance & Administration Specialist, recalls the layout of the Library when she began working as a part-time secretary in the Reference Department in 1994.

“Falvey’s first floor was the bulk of the Library. As you came in the main entrance (past the door checker), the Reference and Periodical departments were off to the right [where the Holy Grounds café is now]. The Reference office had one telephone and one computer in the office shared by three staff members. The Griffin Room was the office for periodicals and Speakers’ Corner [once referred to as ‘Tech Services’] was where we catalogued all of the books.”

Smith, currently the Library’s Finance & Administration Specialist, will be retiring on July 9, after more than 26 years of service to Villanova University. She first learned of a job opening at Falvey Library from a friend who saw the posting in the New of Delaware County newspaper. Smith, who was working for her local public library, decided to apply for the position. Working as a part-time secretary in the Reference department, Smith was offered a full-time position in 1995 where she worked in both the Reference department and Tech Services. “Falvey Library was very cohesive…everybody did everything. It was a really great learning environment.”

In 1996, Smith joined Head of Reference, Louise Green (Interim Director, Falvey Library, 1996-2000), in the Director’s Office where she worked until 2000. When Joe Lucia was hired as the new director (2002-2013), Green returned to Head of Reference and Smith returned to her split position, working in Reference and Tech Services juggling multiple projects for both departments. One of her favorite tasks was assisting librarians with class preparations. “When librarians would teach instruction classes, I would type up the exercises [the librarians] had planned to do to get students accustomed to using certain databases and academic resources. That was interesting because I always enjoyed the questions; what exercises the students were doing for different classes. I always learned something new. My entire Falvey career has truly been a wonderful learning experience.”

She also enjoyed her time spent in Special Collections. “I loved going up there. I assisted on the Sherman-Thackara Collection and often I would just sit there in awe looking at the handwriting of those beautiful letters—the language of the letters, the sentimentality that came through was just wonderful. Special Collections was my favorite place at Falvey. Working there was a treat.” In Tech Services, Smith worked on a number of projects—cataloguing books, managing supplies, and bill paying, to name but a few. “We had so many book orders that were all paid by check. We would order through our book vendors, and we would have huge stacks of invoices that would have to be sent for processing. And, of course, everything was on paper back then, so you can image how high the stacks of invoices were.”

In 2005, Smith began working in the Director’s Office as Finance & Administration Specialist, a position she’s held until her retirement. Smith aided in the Library’s transition of book vendors from Blackwell to Yankee. Additionally, she helped develop the current ledger structure in Voyager that Falvey has used since its implementation in 2009. The project, which took Smith and her colleagues years to complete, was a long process of trials and errors.

“It became obvious that the Library needed to have some kind of allocation for purchase orders in order to do a budget for various disciplines and that’s when the Voyager reports began. Trying to collaborate and coordinate the reports was a long ordeal. We had to determine how we wanted Voyager to function—dollar amounts, fund codes for disciplines, etc. It was mainly to get a budget in place because we [Falvey Library] do have bills to pay, so we needed some kind of accounting structure.”

After 26 years at Falvey Library, Smith is looking forward to spending more time with her family and grandchildren. She will be traveling to New Orleans in the fall with her husband and plans to drive to Washington state in the near future. “I’ve never visited the west coast, so I’d like to explore Oregon, Washington, California, and I would like to see the National Parks.” Smith is also the Vice President of the Father John J. Hickey Catholic War Veterans Auxiliary. Her father was a former member, so in his honor, she manages the auxiliary’s youth activities.

Smith enjoys playing board games, especially Scrabble, and plays Trivial Pursuit on Zoom with her cousins who live in England every other weekend. She frequently plays Mahjong with friends (originating in China, Mahjong is a rummy-like game played with tiles rather than cards). Frequently meeting her sisters for meals, Smith recommends visiting “Dining Under the Stars” in Media, Pa. (once COVID-19 restrictions are lifted). She recommends Hidalgo—”They have the best Mexican cuisine.” Catching up on some reading, Smith is excited to begin The Joy Luck Club by Amy Tan. The novel centers around “four Chinese American immigrant families in San Francisco who start a club [The Joy Luck Club] playing Mahjong for money.”

Reminiscing on her time at Falvey Library, Smith voiced her gratitude for her colleagues. “There are so many people responsible for helping me get to where I am today. From reference librarians, to tech services, to friends in the Library helping me along the way, offering their time and expertise…I just want to say thank you. Its been a wonderful learning experience. I thank everyone who has worked with me for their help and support over these 26 years. I would like to especially thank my fellow Finance & Administration team members. Their help, support, advice, guidance and friendship will never be forgotten and is truly appreciated.”

The entire Falvey staff thanks Smith for her 26 years of service to the Library and Villanova University community! Best wishes, Jackie, and enjoy retirement. Once a Wildcat, Always a Wildcat!