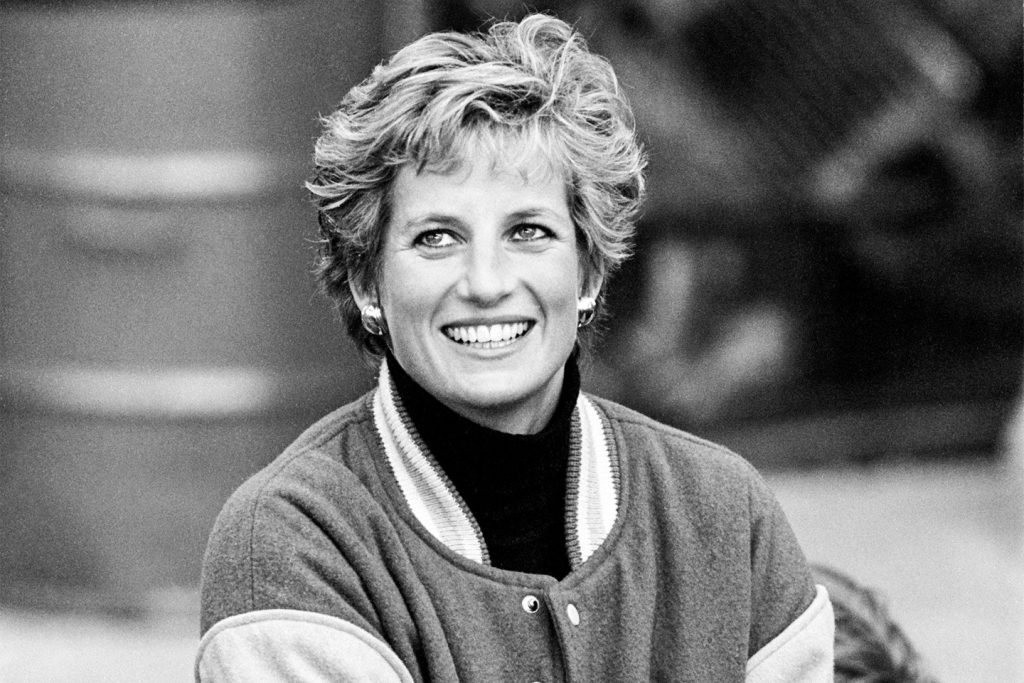 “I think the biggest disease the world suffers from in this day and age is the disease of people feeling unloved. I know that I can give love for a minute, for half an hour, for a day, for a month, but I can give. I am very happy to do that, I want to do that.” –Princess Diana

Today, July 1, 2021, a statue of Diana, Princess of Wales, commissioned by the Duke of Cambridge and the Duke of Sussex, will be installed on what would have been her 60th birthday. One of many memorials crafted in tribute to Princess Diana, the sculpture, created by artist Ian Rank-Broadley, will be placed in the garden of the London palace. Prince William and Prince Harry hope “the permanent sculpture will help all those who visit Kensington Palace to ‘reflect on her life and her legacy.'”

In 1995, Princess Diana stated in a TV interview with Martin Bashir (BBC) that she wanted to be a queen of people’s hearts. Twenty-four years after her death, “The People’s Princess,” [an endearment first issued by former UK Prime Minister Tony Blair] has left a legacy that continues to resonate with people today. One of the most influential figures of 20th century, Diana is remembered for ability to connect with all people, valuing “authenticity over protocol, and humanity over prestige.”

Diana, Princess of Wales, formerly Lady Diana Frances Spencer, was born on July 1, 1961, at Park House near Sandringham, Norfolk. She was the youngest daughter of Edward John Spencer, Viscount Althorp and Frances Spencer, Viscountess Althorp. She and her three siblings, sisters Sarah and Jane, and brother Charles, grew up at Park House on the Sandringham Estate, owned by The Royal Family. Diana’s parents separated in 1967; she briefly lived in London with her mother, until her father won custody after the marriage dissolved in 1969. Her father inherited the title of Earl Spencer in 1975, and moved the family from Park House to Althorp, the Spencer seat in Northamptonshire.

Initially home-schooled, Diana began her formal education at Silfield Private School in Gayton, Norfolk, before enrolling in preparatory school at Riddlesworth Hall in Diss, Norfolk. She then joined her sisters at West Heath Girls School, in Sevenoaks, Kent. She also attended finishing school at the Institut Alpin Videmanette in Rougemont, Switzerland, which she left after just a few months in 1978. Returning to London that same year, Diana lived with her mother and began a number of part-jobs including nannying for an American couple and working as a kindergarten assistant at the Young England school in Pimlico. When she turned 18, Diana’s mother bought her a flat where she lived with friends until she began her life as Princess of Wales.

Diana first met Prince Charles in 1977, when he began dating her sister Sarah. Though the families had known each other for many years, Diana crossed paths with Charles again at a polo match in 1980. They began their courtship soon after and officially announced their engagement on Feb. 24, 1981. They married a few months later at St. Paul’s Cathedral in London on July 29. “The Royal Wedding was broadcast worldwide on television and was watched by nearly 750 million viewers.” The couple had two sons, Prince William Arthur Philip Louis, born June 21, 1982, and Prince Henry (Harry) Charles Albert David, born Sept. 15, 1984.

After her wedding, Princess Diana quickly became involved in many official duties: “Although the Princess was renowned for her style and was closely associated with the fashion world, patronising and raising the profile of younger British designers, she was best known for her charitable work. The Princess was president or patron of over 100 charities and did much to publicise work on behalf of homeless and also disabled people, children and people with HIV/AIDS.” Throughout her turbulent marriage to Prince Charles, Diana devoted her time to raising her children and supporting causes close to her heart. Even after her separation from Prince Charles in 1992, and subsequent divorce in 1996, Diana remained devoted to her charities and philanthropic efforts.

“Princess Diana’s humanitarian effort went far beyond what was expected of her as a royal…[She] breathed new life life into the monarchy’s involvement with charitable organizations. For Diana, the photos and stories that resulted from each humanitarian or charitable campaign she participated in represented a way of leveraging her own fame for the benefit of the causes she cared strongly about.”

Diana’s last official engagement was on July 21, when she visited the children’s accident and emergency unit at Northwick Park Hospital in London. Princess Diana passed away on August 31, 1997, from injuries she sustained during a car accident in the Place de l’Alma underpass in central Paris. The crash also resulted in the deaths of the driver, Henri Paul, and Diana’s companion Dodi Fayed. Diana’s bodyguard, Trevor Rees-Jones, survived the crash. “The Princess’s body was subsequently repatriated to the United Kingdom and her funeral was held on September 6, 1997 in Westminster Abbey. Diana is buried in sanctified ground on an island in the center of an ornamental lake at her family’s estate at Althorp.”

At Diana’s funeral, her brother Charles described the connection she shared with so many individuals:

“Diana explained to me once that it was her innermost feelings of suffering that made it possible for her to connect with her constituency…And here we come to another truth about her. For all the status, the glamour, the applause, Diana remained throughout a very insecure person at heart, almost childlike in her desire to do good for others so she could release herself from deep feelings of unworthiness…The world sensed this part of her character and cherished her for her vulnerability whilst admiring her for her honesty.”

For additional information on Diana, Princess of Wales, explore the resources below: