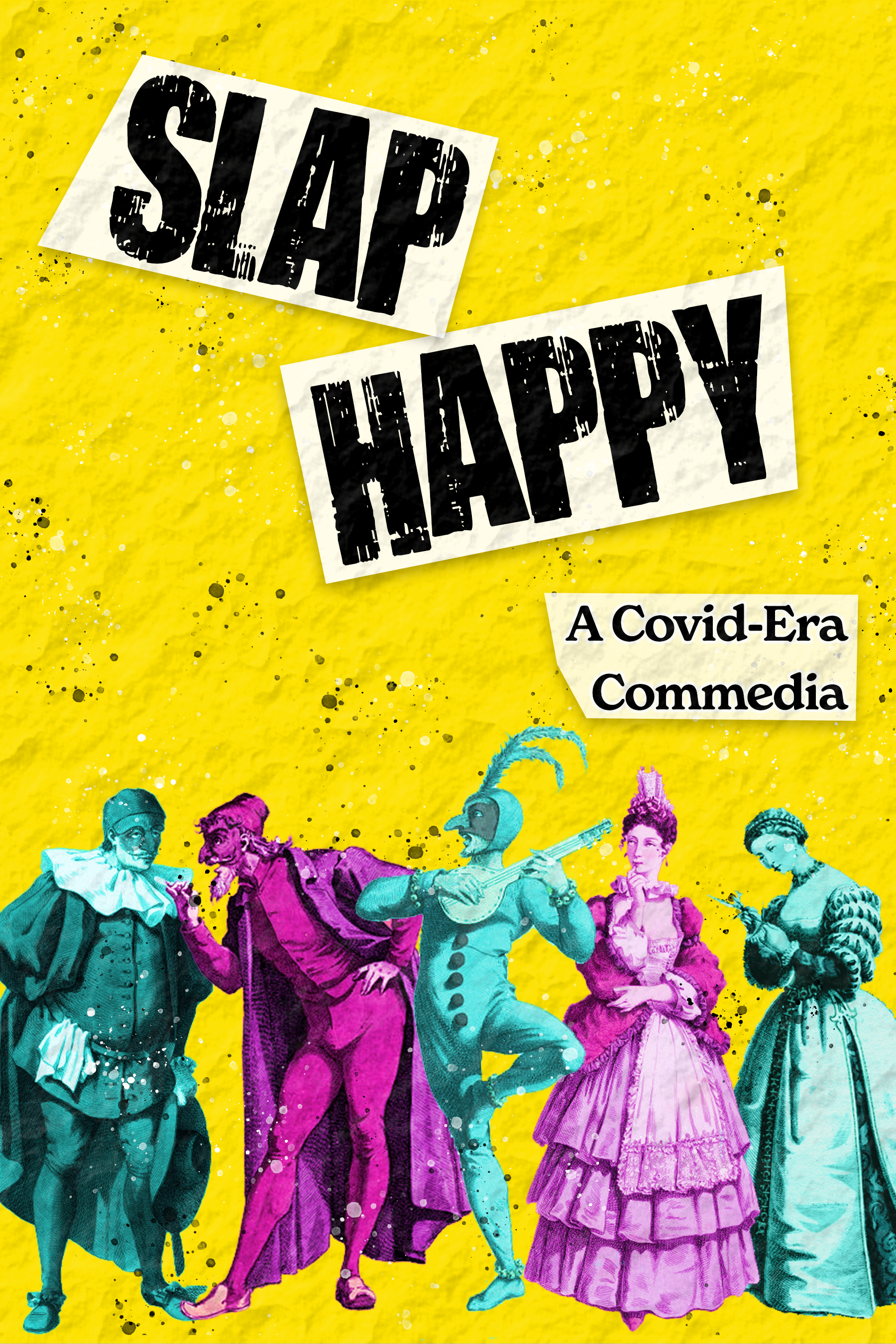 If you thought I was talking about living through the pandemic, then you haven’t seen Slaphappy: A Covid-Era Commedia, streaming from Villanova Theatre until May 30.

To these terms I would also add joyful, sly, and triumphant.

“Why triumphant,” you ask?

Because to create new art in a time when performance is so very rare, to discover new methods and inspirations and collaborators in order to bring it to audiences is a triumph.

Slaphappy proves the play is the thing.

Conceived and directed by Valerie Joyce and filmed by Hezekiah Lewis III, Slaphappy eludes easy definition. It’s one part The Office, two parts Pitch Perfect, and a splash of Ru Paul’s Drag Race. Oh, and yes, instead of a cappella competitions, the college groups vie for top commedia dell’arte troupe in the country.

Emma Poley, second-year graduate student, who made her Villanova Theatre acting debut as “Kathy Brown, PhD,” in the show explained Slaphappy follows in the commedia tradition of devised theatre. “The actors were free to improvise within a structured outline,” she says. From that four-hour rough cut, the production team edited down to a two-hour film.

Within this almost-too-wild-to-be-conceived premise, the entire cast shines, showing their growth from novice commedia players to seasoned actors within the traditional Italian dramatic style. The result holds the attention through backstage and onstage meltdowns, smack-downs, jaw-dropping revelations, and power plays that underpin the efforts to bring their performances to the regional, then national competitions.

Kirsten Sughrue’s muscadet-dry wit as competition coordinator “Penny Hollis” and Ryan Henry’s hilarious turn as uber jock “Julia Wrong” stood out among a large and delightful cast. And perhaps the biggest delight of all was hearing a crowd reacting to a play in Villanova Theatre’s new John and Joan Mullen Center for the Performing Arts, just one of many performances to come.