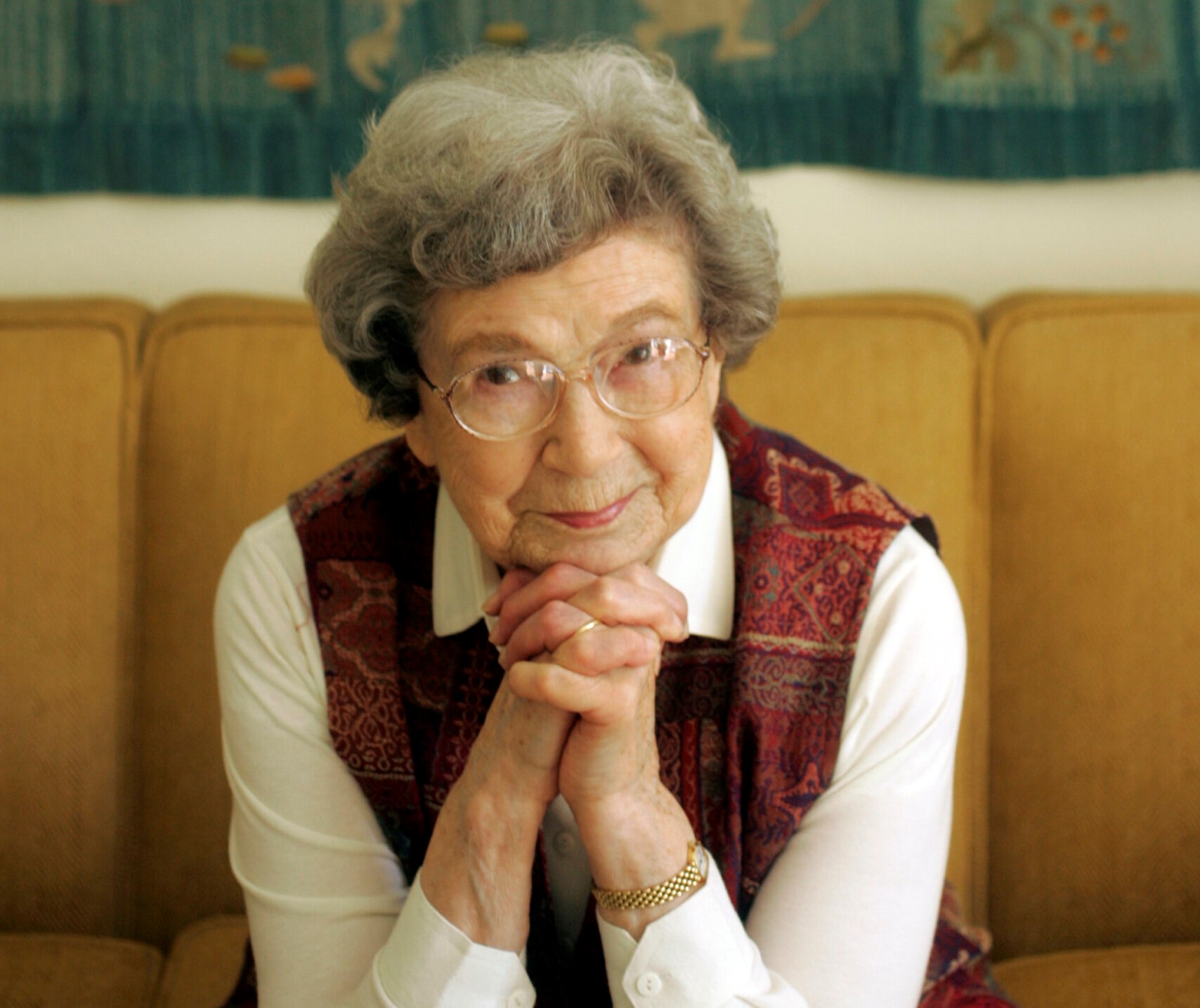 Disappointed with the children’s books she read growing up, Beverly Cleary was determined to tell stories kids could relate to. ”I wanted to read funny stories about the sort of children I knew,” she wrote, ”and I decided that someday when I grew up I would write them.” Never speaking down to children, she wrote through their eyes, creating ordinary and relatable tales in worlds that mirrored their own. Beloved by many generations, Cleary’s books sold more than 85 million copies according to HarperCollins.

Cleary was born Beverly Atlee Bunn on April 12, 1916, in McMinnville, Ore. She attended Chaffey Junior College in Ontario, Calif., for two years before enrolling at the University of California, Berkeley. After graduating Berkeley in 1938, she enrolled at the University of Washington’s school of librarianship. She worked as a children’s librarian in Yakima, Wash., until moving to San Francisco with her husband, Clarence Cleary, whom she met while attending Berkeley. Cleary worked as a librarian at Camp John T. Knight in Oakland, while her husband was stationed at the army base. It was there that Cleary began telling stores—classic fairy tales and her own work—which ultimately led to her first book, Henry Huggins (1950). The book, which led to five sequels, detailed the bond between third grader Henry Huggins and his skinny dog named Ribsy.

One of Cleary’s most beloved characters, Ramona Quimby, first appeared in the Henry Huggins series as the younger sister of Henry’s friend Beatrice, better known as Beezus. While the initial book on the sisters, Beezus and Ramona (1955), was told from Beezus’ point of view, the subsequent ten novels on the sisters focused on Ramona’s perspective. Cleary penned Ramona as the annoying younger sister of Beezus, but her traits encompassed that of a strong female character and children were immediately drawn to her. As Monica Hesse wrote in The Washington Post, “In 1950, when Ramona made her first appearance, [her traits] were trailblazing. Cleary took every attribute that girls were then warned away from—bossiness, brashness, hot temper—and she tucked them all into one character. And then she made that character into an inspiration.”

Cleary’s third book series featured a mouse named Ralph S. Mouse who sought adventures on his miniature motorcycle and had the ability to talk to humans (though seemingly only to children). The first novel, The Mouse and the Motorcycle (1965) led to two sequels. “I wanted to be Ralph, the mouse with the motorcycle,” David Levithan wrote in The New York Times. “Cleary was writing directly to the reader, showing that she knew us and what our lives and feelings were like. She helped me realize I didn’t need to change myself into a detective or a knight to have an adventure…the adventure would come to me as part of the life I knew.”

Cleary’s book series and standalone novels earned her numerous accolades from her readers and peers. Most notably, three of her works won The John Newbery Medal: Dear Mr. Henshaw in 1984, Ramona and Her Father in 1978 and Ramona Quimby, Age 8 in 1982. Awarded by the Association for Library Service to Children, a division of the American Library Association, the Newbery Medal is awarded to author of the most distinguished contribution to American literature for children.

“I have stayed true to my own memories of childhood, which are not different in many ways from those of children today. Although their circumstances have changed, I don’t think children’s inner feelings have changed,” Cleary stated during a 2011 interview with The Atlantic. Passing away last month, just shy of her 105 birthday, Beverly Cleary helped to inspire a love of reading in many children. Her relatable characters will live on, especially during National “Drop Everything and Read” Day, which is celebrated on Cleary’s birthday, April 12. First referenced in Ramona Quimby, Age 8, “Drop Everything and Read” or D.E.A.R. time, is an annual celebration that encourages children and families to set aside time to read together.

“I hope children will be happy with the books I’ve written, and go on to be readers all of their lives.”

View all of Cleary’s books here. For additional resources on Cleary, explore the links below: