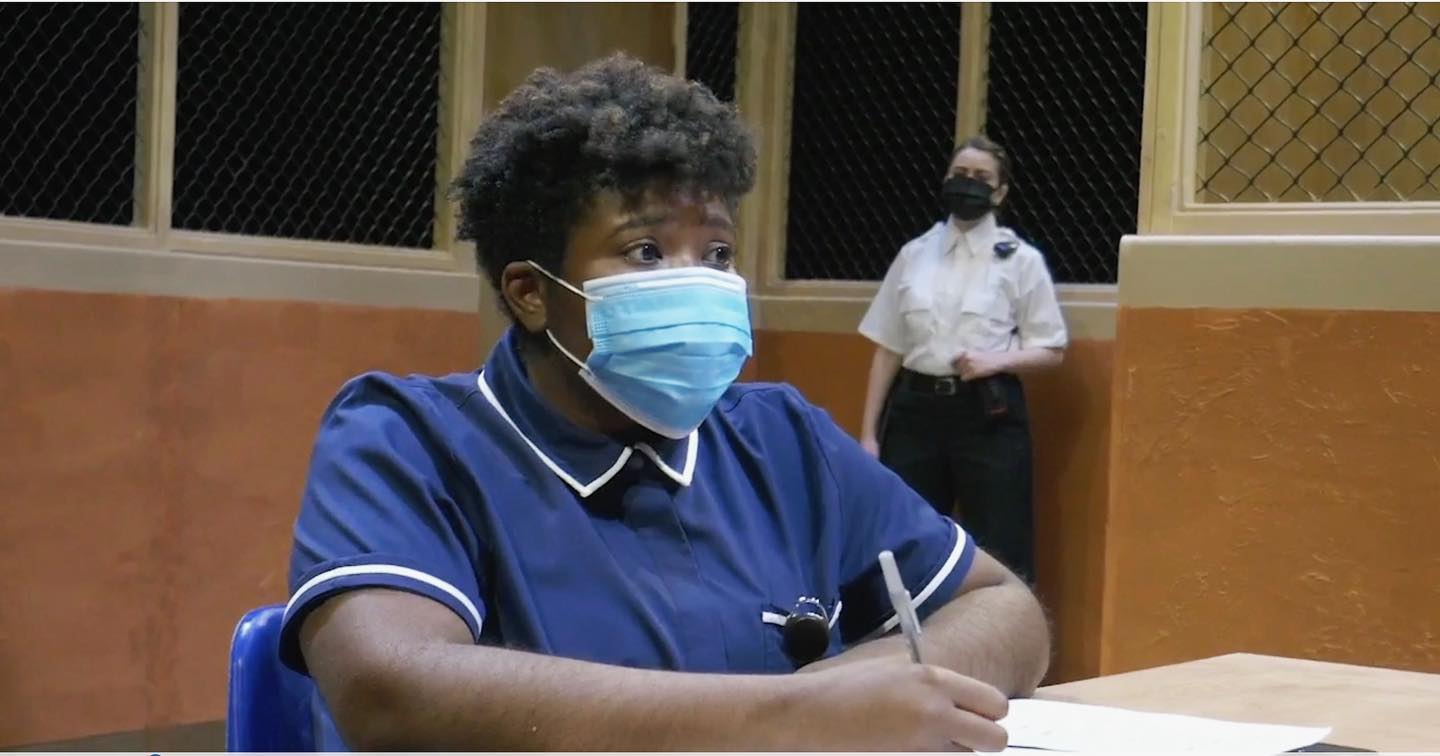 “Women cry, are dragged out screaming. Where do they go?”

This line of dialogue, delivered late in the play by a detainee without a name, cuts to the heart of Villanova Theatre’s The Scar Test, which streamed online March 25-April 4. 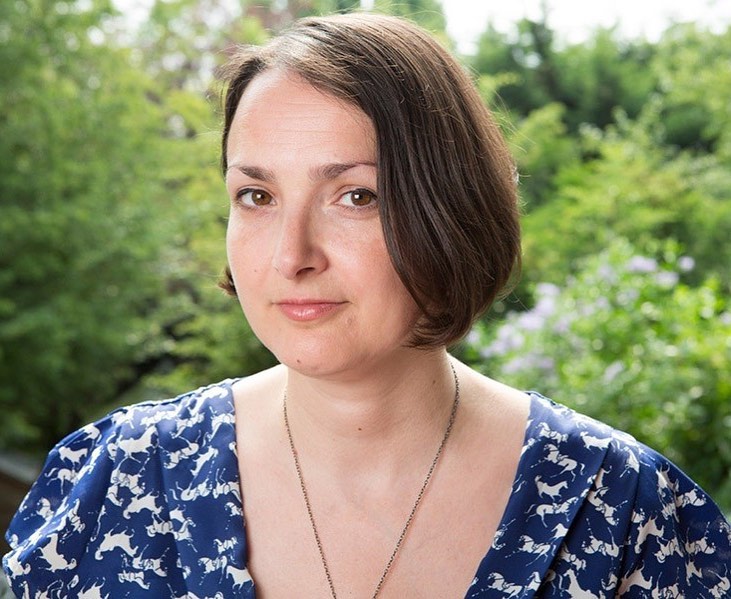 The person provides merely one of the fragmented stories that create Hannah Khalil’s play. And, together, their narratives explore and illuminate the lives of those individuals detained at Yari’s Wood Immigration Removal Centre in the United Kingdom. The centre holds hundreds of women who are seeking asylum from their countries. It has been described as “inhumane” by detainees who receive spoiled food and report racial abuse by staff.

This virtual production, lasting an hour and recorded socially distanced and masked, renders its eight ensemble cast members even more anonymous. Their faces are obscured, except for their eyes.

But the online format also provides a focus unavailable to theatre performed on stage. Director Claire Moyer and Director of Photography Michael Long use the camera to push the viewer to both look closer and not look away. This eye does not let the audience’s attention wander to study the set or secondary characters in the scene. And even masked, the detainees’ intimate struggles come through, as they are forced to relive and defend their reasons for fleeing their countries: the scar test.

The issue of immigration is complicated and fraught. And current Charles A. Heimbold Chair for Irish Studies Hannah Khalil treats it with complexity and nuance, largely allowing the quiet desperation of the situation permeate the scenes.

They appear. They disappear.

They have no names, and we are not told their fates. But what remains is their stories, along with this burning question: “What do we do now?”

Khalil will present a digital lecture and reading as part of the 2021 Villanova Literary Festival on Thursday, April 15, 2021, at 5 p.m. Register here.