Who was St. Patrick? Saint Patrick was the patron saint of Ireland and its national apostle. He was brought to Ireland as a slave when he was 16, but later escaped. Later, he returned to Ireland and is thought to have brought Christianity to Ireland.

When did people start celebrating St. Patrick’s Day? Since the ninth or 10th century, people in Ireland have been celebrating the feast day of St. Patrick on March 17; however, the first St. Patrick’s Day parade actually took place in the United States! Records show that in 1601 there was a parade in the Spanish colony that is now St. Augustine, Florida. In 1772, homesick Irish soldiers in the English militia marched in New York City to honor the saint – celebrations have only grown from there!

What’s the significance of shamrocks? One of the most told legends regarding St. Patrick is that he used a three-leaf Irish clover (a shamrock!) to explain the Holy Trinity to the Irish people when he brought Christianity to the country.

What do leprechauns have to do with St. Patrick’s Day? Legends of leprechauns and their pots of gold at the end of rainbows go back centuries, although it was more recently that they became tied to St. Patrick’s Day. One theory has to do with a movie Walt Disney released in 1959 called Darby O’Gill and the Little People, which was about an old Irish man and his experiences with magical leprechauns. This movie became increasingly popular in the United States right around the time that celebrations of St. Patrick’s Day also were becoming more popular. Since St. Patrick’s Day is about celebrating Irish culture and leprechauns are a large part of Irish folklore, the connection is fitting.

As part of your celebrations, I encourage you to take a deeper look into one of Falvey’s digital exhibits, Rambles, Sketches, Tours: Travellers & Tourism in Ireland. This exhibit highlights Irish travel narratives and related materials, primarily from the Joseph McGarrity Collection, in Falvey Memorial Library’s Special Collections. 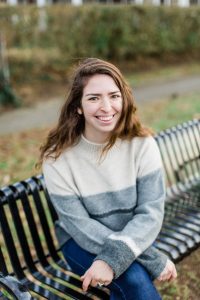