I’m Daniella Snyder, a graduate student at Villanova University, and your ‘Cat in Falvey’s Stacks. I’ll be posting about academics–from research to study habits and everything in between–and how the Library can play a large role in your success here on campus!

Since the English department was not able to complete this year’s spring literary festival, they’re sharing videos of readings from previous festivals. This week, they are sharing a 2011 reading by writer Monique Truong.  Monique Truong was born in Saigon and currently lives in New York City. 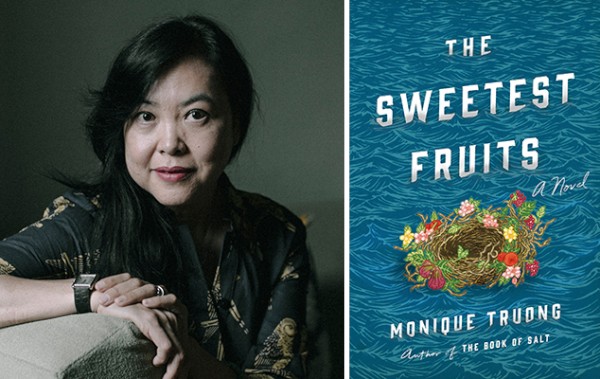 Her second novel, Bitter in the Mouth, was recently released by Random House and focuses on Linda Hammerick, a young woman with a unique secret sense–she can “taste” words, which have the power to disrupt, dismay, or delight. Her first novel, The Book of Salt, was a New York Times Notable Book. It won the New York Public Library Young Lions Fiction Award, the 2003 Bard Fiction Prize, the Stonewall Book Award-Barbara Gittings Literature Award, and the 7th Annual Asian American Literary Award, and was a finalist for the Lambda Literary Award and Britain’s Guardian First Book Award.

She is the recipient of the PEN/Robert Bingham Fellowship, Princeton University’s Hodder Fellowship, and a 2010 Guggenheim Fellowship. Her 2019 novel, The Sweetest Fruits, is her third and most recent novel.

Daniella Snyder is a graduate assistant in Falvey Memorial Library and a graduate student in the English department.