Earlier this year, Falvey Memorial Library began a new Digital Library partnership with the Museum of Nursing History, currently located in the former Germantown Dispensary and Hospital on the campus of La Salle University in Philadelphia, PA. This fascinating museum is committed to the preservation and exhibition of historical nursing memorabilia and to the education about nursing’s past. We are excited to assist in the realization of this mission through digitizing and sharing some of their collections online. We were able to scan a portion of this collection before the temporary closure of campus due to the COVID-19 pandemic. We are happy to be able to share the materials scanned so far. 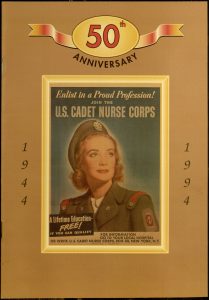 First up is the collection of Elizabeth (Betty) Lattell-Beardmore-McQuale (1926-2017), a graduate of the United States Cadet Nurse Corps training program at Episcopal Hospital in Philadelphia. Items in this collection relate to Betty’s long career as a nurse, and many of the items highlight her time in the U.S. Cadet Nurse Corps program.

Betty began her nursing career in 1943 by joining the Cadet Nurse Corps. Created by Congress in response to a shortage of nurses during World War II, the program recruited women ages 17 to 35 who had graduated high school, for admission to nursing schools by offering to cover their tuition and living costs in exchange for an oath of service during the war. The bill that was passed by Congress included an amendment that prohibited discrimination based on race or ethnicity. 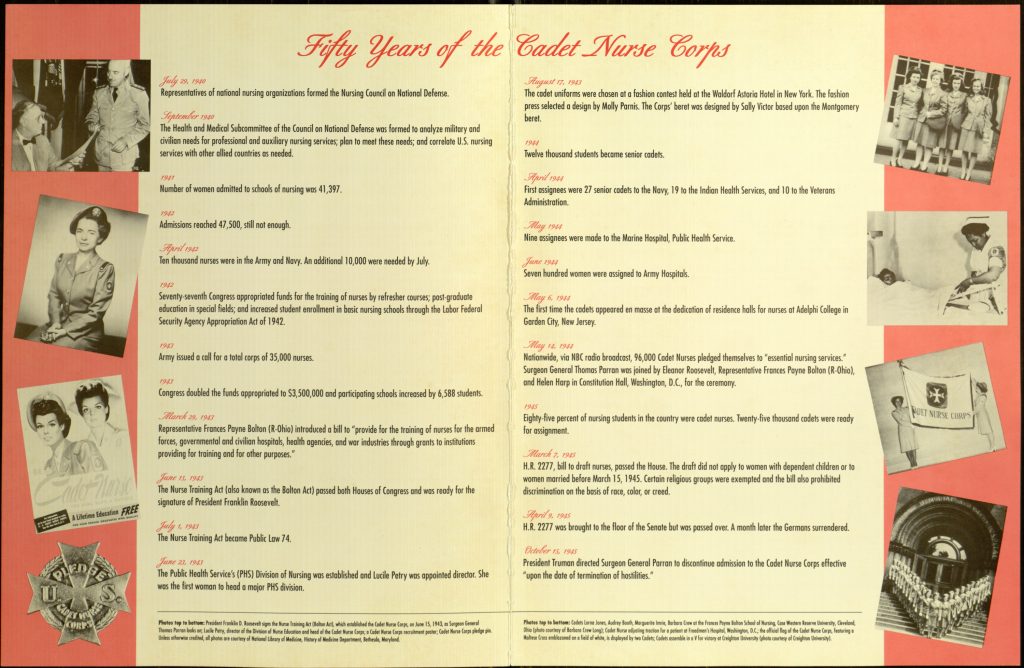 A Salute to the Cadet Nurse Corps, Commemorating 50 Years of Service, [1994].

Of particular note are Betty’s classmates from nurse training – Jean Y. Oda, Emmy E. Ogami, and Marion H. Tanamachi – three Japanese American women from California. When Betty’s family donated the collection, her daughter especially noted these friends of her mother’s whom she had met later in life, and how they shared that they had enrolled in the Cadet Nurse Corps program in order to be released from Japanese internment camps, where their families were forced to relocate during World War II. Over 350 Japanese American women joined this program and became nurses. View photos of Betty and her friends in the two photograph albums and Betty’s 1946 yearbook, The Episcopalian, which contains many signatures and hand-written notes of well wishes. 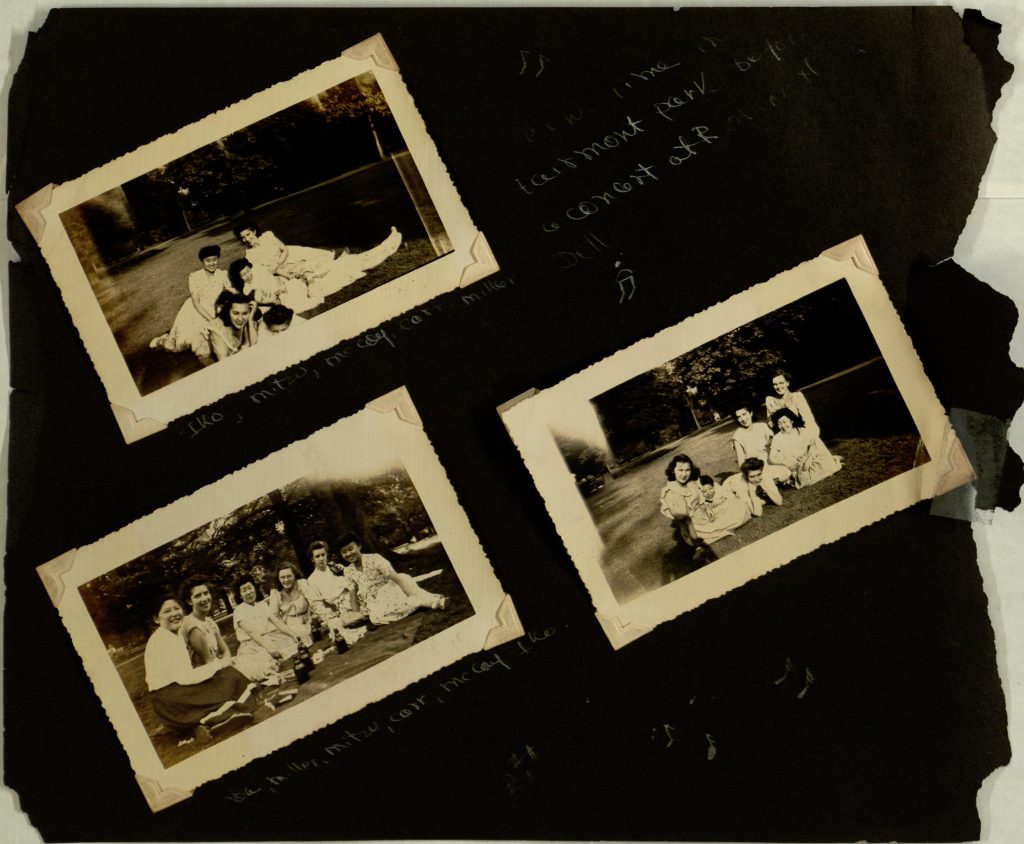 We are proud to provide access to materials about the history of nursing through the Museum’s collections, especially during this public health crisis. We are all more grateful than ever to the nurses and other healthcare heroes! We will be sharing more items from this collection next week, so stay tuned.