This week, I was struck by the timelessness of this 1993 op-ed from The Villanovan. Peter Shauger writes a scathingly hilarious article about phones acting as a “vehicle for stupidity,” and argues that telephones, which originally began as a “luxury” soon became “vice.” According to Shauger, human beings are more annoying than ever because of cellphones. He also writes about the newest piece of technology at the time, Villanova’s voicemail system, and how he believes it brings a true “ugliness” to society. Read the whole article on our online database here. 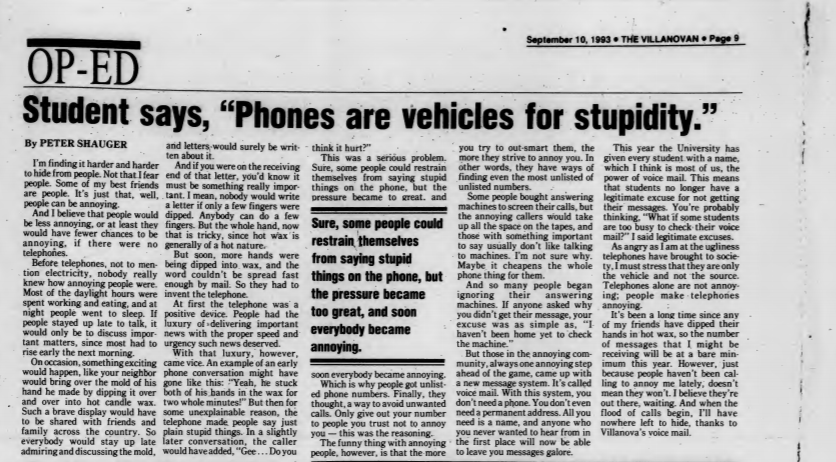 While technology has advanced greatly since Shauger’s 1993 op-ed, people’s opinions about technology haven’t changed too much. For example, check out this excerpt from a Villanovan op-ed from last year. In this article, Maggie Cavanaugh ponders the effect of Instagram making “like” counts private: 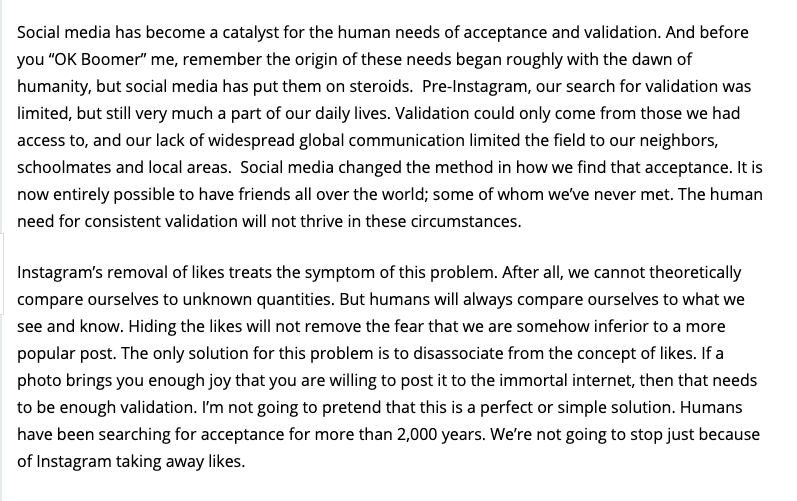 Although Cavanaugh notes that while Instagram’s decision “treats the symptom” of our desire for constant acceptance and validation, we, as humans, “will always compare ourselves to what we see and know,” and that making “likes” private will not really solve any problems. Read the full article here.