A Look at New Cambridge Histories Added in 2019 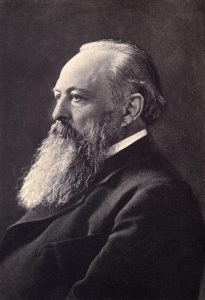 It all began in 1896 when the syndics of Cambridge University Press approached Lord Acton, then Regius Professor of Modern History at Cambridge University, with the idea of creating a history of the world. Lord Acton agreed to take on the project but narrowed its scope to the modern world, beginning with the Renaissance. And so, the venerable survey series that continues to this day was born.

Among the new volumes published in 2019 is the three-volume Cambridge History of the American Civil War, edited by Aaron Sheehan-Dean, PhD, Fred C. Frey Professor of Southern Studies at Louisiana State University. The first volume focuses on military affairs, the second on affairs of the state, and the third on affairs of the people.

Logophiles will fall in love with The Cambridge World History of Lexicography, edited by John Considine, DPhil, Professor of Arts, English, and Film Studies at University of Alberta. The work explores the histories of the compilation of dictionaries through time and space. It focuses mostly on languages with a well-established dictionary traditions including most European languages, Hebrew, Arabic, and the major East Asian languages. Several chapters on missionary traditions deal with Western efforts to codify languages lacking an established writing system through grammars and dictionaries. It also covers dictionary traditions in the ancient world. English language dictionaries are surveyed in two chapters, one of them dealing with standard varieties of English and the influential Oxford English Dictionary. American English and the influence of Webster’s American Dictionary of the English Language are examined in the chapter about regional varieties of English. 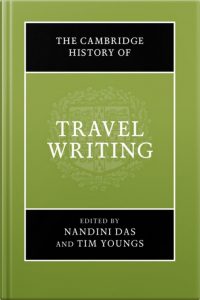 The scope of the Cambridge History of Travel Writing, edited by Nandini Das, PhD, Professor of English Literature at University of Liverpool, and Tim Youngs, PhD, Professor at Nottingham Trent University, is breathtaking. The 36 chapters explore travel writing from the ancient world through today and cover all five continents. A chapter on polar travel is incorporated in Part 3 – Perspectives on Travel Writing. Topical approaches to travel writing include chapters on ecocriticism, tourism, and wilderness. Also noteworthy are the contributions about the different forms of travel writing, ranging from poetry and fiction to diaries and digital expressions.

Expect the archive to continue to grow this year. Planned volumes include a world history of violence, a history of medieval monasticism, and a history of the Gothic.