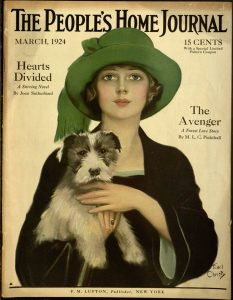 As we previewed last month, this year sees the release of many creative works from 1924 into the public domain in the United States. We’ve started the year by digitizing a few issues from 1924 periodicals, and we plan to add more 1924 content to the collection as the year progresses. 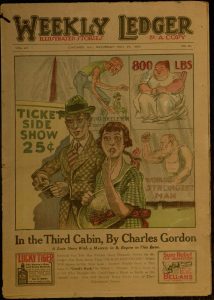 Our initial offerings are the March, 1924 People’s Home Journal, and two 1924 issues of the Weekly Ledger, a retitled successor to the long-running Chicago Ledger. Both of these publications began life in the 19th century as story papers, and our collection includes enough issues to show the significant changes they saw over the years. The twentieth century brought smaller formats, larger page counts, more use of color, and significant changes in advertising strategy. The ability to digitize and share these little-seen and sometimes-fragile issues will make it easier to support the study of the evolution of popular culture during a time of significant change. 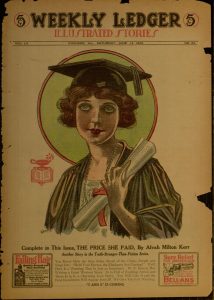