Welcome to Falvey’s Flick or Flip? My name is Allie Reczek, and I am a sophomore undergrad. For this blog, I will pick a book that has been turned into a movie, and argue which I thought was better.

I am discussing We Have Always Lived in the Castle by Shirley Jackson for this first post. Written in 1962, this drama/thriller 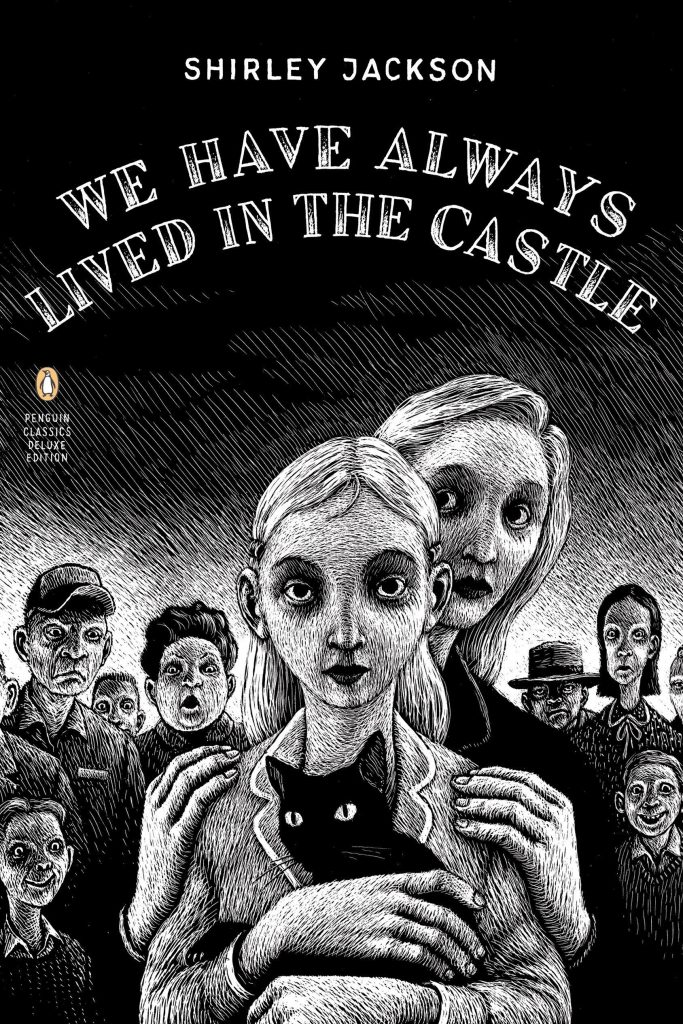 novel tells the tale of two sisters, Mary Katherine (Merricat) and Constance Blackwood who have a mysterious and tragic past, resulting in isolation from the rest of their village. Told in Merricat’s point of view, readers soon learn that she poisoned and killed her entire family years earlier, explaining why the townsfolk despise and fear the Blackwoods. With the arrival of their cousin, Charles, Merricat—who is prone to have a vivid imagination—is convinced that he is an evil spirit and devises plans to force him out of the sister’s lives. I thought that this book was very well written and engaging, allowing the reader to piece together the history of the Blackwoods and get inside the head of Merricat.

The movie of the same title, released in 2018 (and available on Netflix), follows a similar plot line as the novel, and certainly keeps viewers interested. However, despite its close relation to the novel, I found that the book was far superior. The ending of this movie is dissimilar to the novel (you’ll have to watch it to find out!), but I found the novel ending to be more satisfying. Additionally, the language and dialogue of the book, created much more suspense and intrigue for me, whereas I was not as invested in the movie.

To any thriller lovers, this book is definitely up your alley and a relatively quick, enjoyable read. You can find it right here in Falvey Memorial Library!

Hi! My name is Allie Reczek, and I am a sophomore Psychology Major. I work as a Marketing and Communication Assistant in Falvey. Hope you enjoy this blog! Have any flips or flicks I should debate in the future? Message @villanovalibrary on Instagram or tweet us @FalveyLibrary!