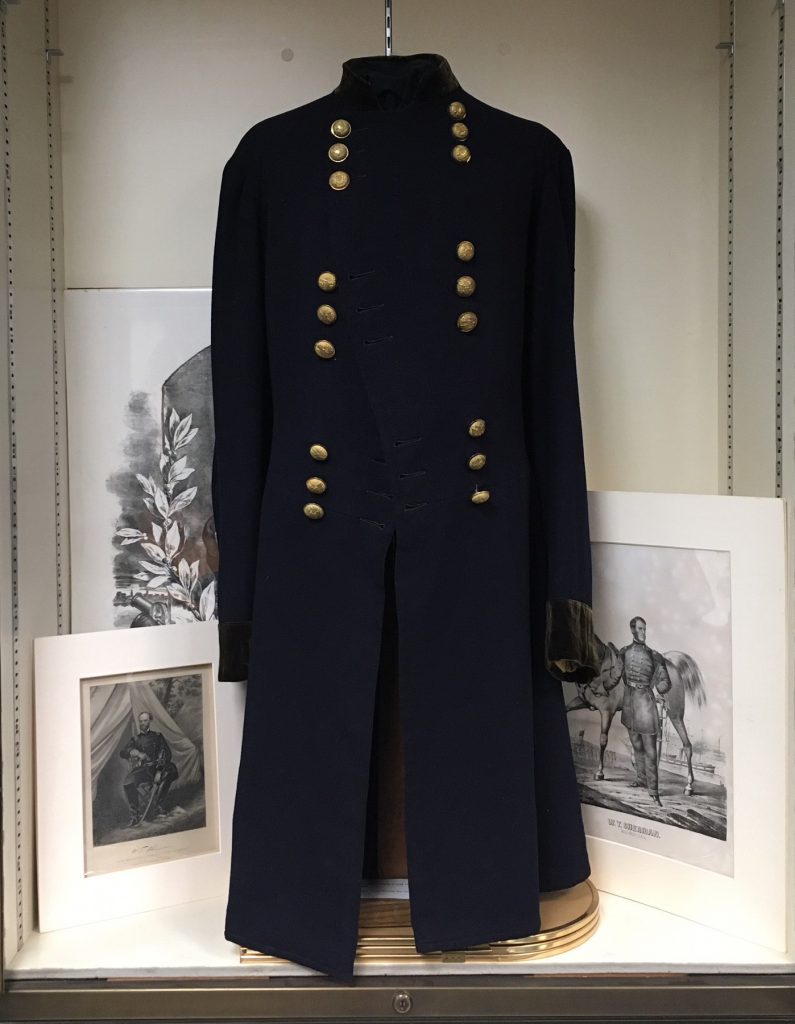 This week brings the next event in The Albert Lepage Center for History in the Public Interest at Villanova University’s six-part series on “Revisionist History”: Revising the Civil War. The series brings together national and local experts to explore how today’s events compel us to re-examine critical periods in American and global history. Lepage Center director Jason Steinhauer says the goal of the series “is to show how revision is critical to all historical scholarship, and how new events and new sources continually challenge us to re-think what we know about the past.”

Here at Falvey Memorial Library we are continually bringing new sources and new scholarship to our community. We digitize new items each week for the Digital Library from our own Distinctive Collections as well as partner institutions. We want to share our enthusiasm for “Revisionist History” and this week’s event by inviting you to dig into some of our Civil War-era sources.

One of our most prominent items is the U.S. army frock coat of General William Tecumseh Sherman, on (mostly) permanent display in our Special Collections Rare Book Room. The coat is an eye-catching treasure, and it can easily be used to open a dialogue on how we remember and learn about the Civil War. It is relevant to the discussion of what has been traditionally collected, or not collected, by libraries, archives, and museums, as well as the recent debates surrounding public monuments of Confederate generals. Who have been the writers and preservers of history? What were their motives? Sherman’s coat has been part of our collection for nearly 100 years. In more recent years, part of our mission has included an ongoing effort to identify and acquire materials that relate to under-represented groups in order to diversify the collection and share a more inclusive history.

Here are some additional Digital Library sources from 19th-century America and the Civil War:

The coat is part of this collection, donated by the family of General Sherman’s daughter Eleanor, who lived in Rosemont and attended St. Thomas of Villanova church. The correspondence in this collection contains courtship letters exchanged between Eleanor Sherman and Alexander M. Thackara, and letters from Eleanor to her father, frequently referencing public events and personalities, as well as many local individuals, events, and institutions of Philadelphia and the Main Line in the 1880’s and 1890’s. A unique part of the collection is A. M. Thackara’s correspondence, photographs, and memorabilia relating to his years at Annapolis up until his marriage. Here can be found an unusual first-hand picture of Navy life in the post-Civil War period.

This unique and distinct category of literature was the main popular reading matter for average readers, both adult and juvenile, during the Civil War and up through the early 20th century. Separate from strictly “news”-oriented newspapers of the day, these materials were created for and read by a mass audience and can be a useful source reflective of the cultural outlook of the period. Here is a search of “Civil War and Dime Novel” in the Digital Library.

This collection contains hundreds of national and regional newspaper titles. Some of the more relevant titles for this time period with more than one issue include: New-York Weekly Tribune (New York, select issues from 1852); The Citizen (Irish newspaper published in New York, issues date between 1854-1856); Olive Branch (Doyletown, Norristown, 1842-1859); National Defender (Norristown, Pa, issues currently range from 1856-1876, with current ongoing digitization of later years); I.C.B.U. Journal (Philadelphia, Irish Catholic Benevolent Union, issues range from 1883-1900); Weekly Wayne Gazette from one of our newest digital partnerships (Wayne, issues from 1871-1872); and of course our own college newspaper The Villanovan begins in 1893.

This is the personal paper collection of Augustus Humbert which includes correspondence and orders related to the hunt for the assassin of President Lincoln – John Wilkes Booth – and the failed assassin of Secretary of State Seward – Lewis Payne; Confederate States of America currency; and his Pennsylvania Officer’s State Militia certificate.

This collection from the German Society of Pennsylvania includes the Scrapbook of John F. Ballier, circa 1831-1889.  It includes numerous documents from Ballier’s service in the Civil War, including correspondence, military orders and newspaper clippings, as well as memorabilia going back to his apprenticeship as a baker in Aurich (Vaihingen), Wurttemberg, and related to his activities in Philadelphia during the rest of his life, including significant German-American festivities such as the Humboldt centennial in 1869, the Friedensfest in 1871, and the unveiling of the Schiller statue in Fairmount Park in 1886. Included is a manuscript note in the hand of Abraham Lincoln, dated 25 March 1863, addressed to Pennsylvania Governor A. G. Curtin, concerning Ballier’s being allowed to resume his commission.  Also includes an early day edition of the newspaper – Evening Star – April 15, 1865, prior to the announcement of the assassination of Lincoln.

William C. White was an Irish Catholic Union soldier from Philadelphia. White began his Civil War service as a volunteer with the 69th Regiment of Pennsylvania Volunteers on August 19, 1861 and served in some of the bloodiest and most important battles of the War – Antietam, Fredericksburg, Chancellorsville and Gettysburg. This collection contains letters from White to his parents in Philadelphia, recounting his experiences during the war.

Robert Maitland O’Reilly (1845-1912) was the 20th Surgeon General of the United States Army serving from September 7, 1902 to January 14, 1909. O’Reilly served a long military medical career beginning as a medical cadet in August 1862 during the Civil War. This collection includes correspondence, military paperwork, personal papers, and ephemera. The majority of the collection is correspondence between O’Reilly and his family and friends, the bulk being letters sent to his mother, Ellen O’Reilly, and his sister Mary O’Reilly between 1864 and 1900. The letters that O’Reilly sent in 1864 document his service during the Civil War when he was stationed in Chattanooga, Tennessee.

Autographs of C.S.A. prisoners taken during the Civil War and held at Johnsons Island.

This manuscript contains signatures of American Confederate prisoners of war held at the Johnson’s Island prison in Lake Erie. It is part of a collection of papers of Eleanor C. Donnelly, 1838-1917, a figure on the Philadelphia literary scene. She was known as “The Poet of the Pure Soul” and was a contributor to numerous Catholic magazines and newspapers.

Candle-lightin’ time / by Paul Laurence Dunbar; illustrated with photographs by the Hampton Institute Camera Club and decorations by Margaret Armstrong

Paul Laurence Dunbar was born in Dayton, Ohio in 1872 to parents who had been enslaved in Kentucky. He became one of the first influential black poets in American literature and was internationally acclaimed for his dialectic verse. Included in this volume is the poem, “When Dey Listed Colored Soldiers,” with photographs accompanying each page of poetry.

Stay tuned for our next post on “Revising the Cold War” and come see our table at that event for some selected sources from Distinctive Collections!