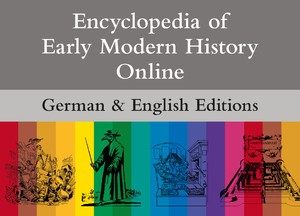 Scholars interested in the early modern period (1450-1850) will appreciate the Encyclopedia of Early Modern History for its interdisciplinary approach, its focus on global connections, and its unique central European viewpoints and voices. Translating the Enzyklopädie der Neuzeit into English for a wider audience was a worthwhile, but difficult project that is still in progress. The Library offers trial access to the partial translation of the Enzyklopädie. At this time entries up until “La” have been published by Brill and can be consulted in English. Articles not yet translated are already cross referenced and will be published shortly.

Although much of the scholarship referenced in this publication is in languages other than English, there are nevertheless a fair amount of English language sources cited. Indeed, one of the strengths of the Encyclopedia is the network of international scholarship it presents.

Most articles are concise and to the point. They are cross referenced with a core of in-depth key articles that deal with overarching concepts such as knowledge, culture, nationalism, race, colonialism, the environment, the Atlantic world, and the everyday world to name just a few of the over one hundred key articles. While most article titles are translated into English, in some cases editors decided to retain German terminology for the sake of clarity (e.g., Bildungsbürgertum and Frauenzimmer). 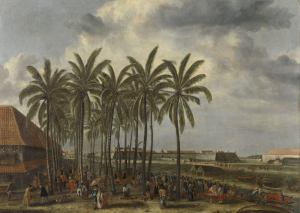 Trial access is available until November 8. Contact Jutta Seibert to recommend this resource for the permanent collection.