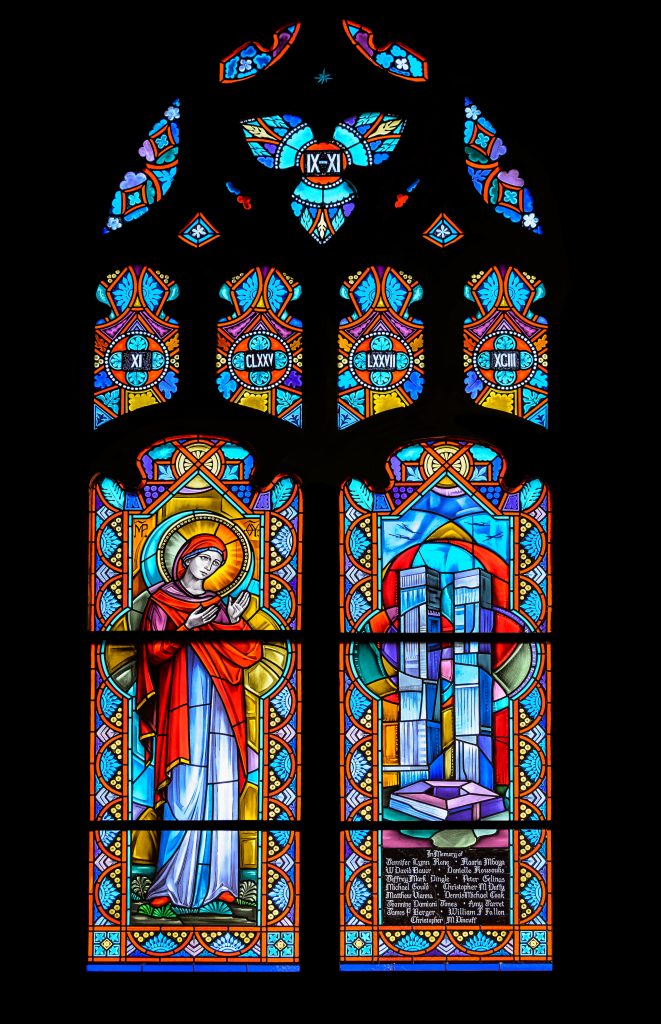 They are commemorated in a stained glass window in Corr Hall Chapel, installed November 2006, which was designed by the late Rev. Richard G. Cannuli, OSA, ’73, who was an artist, professor, and Director of the University Art Gallery, and created by Vetrate Artistiche Toscane, a stained glass studio in Siena, Italy.

Falvey Memorial Library has added a display at the Access Services to mark the tragic anniversary. It incorporates an image of Father Cannuli’s stained glass window and a list naming the Villanovans killed on 9/11. They are juxtaposed against flag designs and vases containing red and white roses. 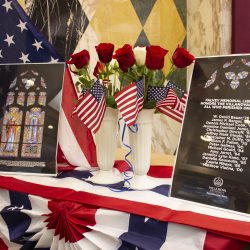