The Art of the Cell: Meet Ritesh Karsalia, 2019 Falvey Scholar 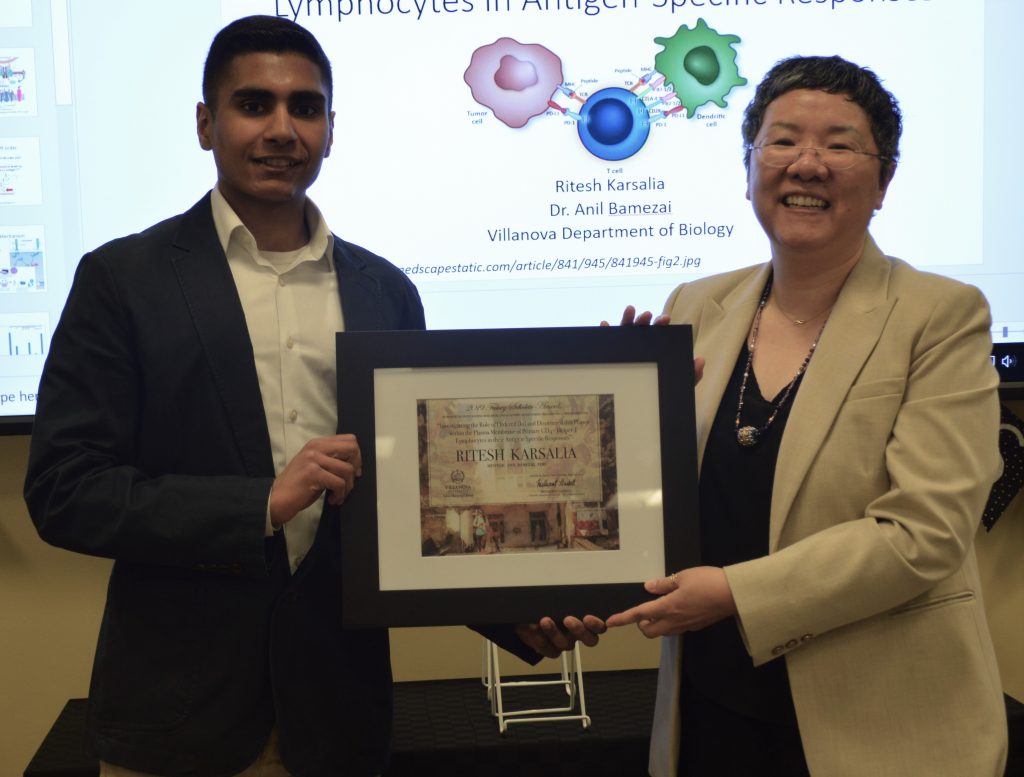 This is part 6 of a 6-part series featuring the 2019 Falvey Scholars. Read more about them every Tuesday and in the upcoming issue of Mosaic: the library’s bi-annual publication.

Research: “Investigating the role of ordered (Io) and disordered (Id) phases within the plasma membrane of primary CD4+ helper T lymphocytes in their antigen-specific responses”

In his own words:

My research process is founded on the scientific method, which has allowed me to conduct empirical experiments to test various immunological hypotheses. The subset of my laboratory group that I’ve focused on has been the spatiotemporal regulation of CD4+ helper T cells in response to foreign antigens.

While my principal investigator has been conducting research in this field for much of his professional career, not much information is known about the dynamic orchestration of cellular membrane-proximal signaling events and how they specifically affect the immune cell’s ability to respond. Therefore, I first began compiling the current scientific literature related to lipid-raft signaling and membrane-proximal CD4+ T cell signaling in order to locate the gaps in the current knowledge base.

My research project ultimately builds upon a series of previous studies that investigates how the order of cellular membranes, regulated by lipids, proteins, and cholesterol situated within regions called lipid-rafts, affects the ability of CD4+ T cells to respond appropriately. There are a few studies that have previously discovered that the order of CD4+ T cell membranes can be disrupted with a cholesterol-derivative, 7-ketocholesterol, leading to a decreased CD4+ response in the presence of a foreign antigen.

“CD4+ T cells are the major regulators of our immune system, and with so much disease history and technological developments in our modern world, I did not think that there were still so many question marks related to CD4+ T cell responses.” –Ritesh Karsalia, 2019 Falvey Scholar

Analyzing these studies allowed me to understand that increased membrane disorder leads to decreased CD4+ T cell response, if the disorder is induced relatively early (within 24 hours of antigen presentation). I then asked the broader questions of 1) whether this process is reversible and 2) how this process mechanistically occurs. Previous investigations had been unable to determine these aspects of this phenomenon, and the answers to these questions would allow scientists to better modulate CD4+ T cell responses though membrane order/disorder.

After asking these questions, I again went through the published scientific literature and looked at previous studies conducted by previous members in my laboratory to look for different biological mechanisms that could be affecting this process. I learned what mechanisms had already been unsuccessfully shown to affect this process and looked at some of the other promising events governing T-cell activation as areas of inquiry.

By reading previous literature that explained how 7-ketocholesterol specifically disrupts the order of lipid-rafts, I was able to hypothesize a potential way to 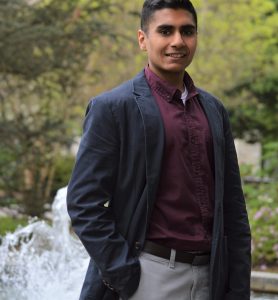 I started physically performing cell-culture experiments to test my hypotheses. I worked with DO11 BALB/c transgenic mice that were bred in the vivarium in the Mendel Science Center. Since I was primarily focused on analyzing the cellular responses of CD4+ T cells, I harvested the lymph nodes from these cells and appropriately treated these cells to test my hypotheses.

These treatment groups included solutions containing 7-ketocholesterol (to induce disorder) and cholesterol (to reconstitute order). Multiple concentration ranges were used for each treatment group to understand relevant dosage-effects. To gain a better understanding of the biological mechanism(s) affecting membrane-order-based responses, western blots were used to analyze ubiquitination patterns after the T-cells were appropriately treated with 7-ketocholesterol and/or cholesterol and stimulated with a monoclonal antibody.

The expression of CD69, an early activation marker of cell activation that is implicated with CD4+ T cell proliferation, was also analyzed using flow cytometry to understand if the processes governing the expression of this protein were affected by increased membrane disorder. For all the experiments I performed, MTT assays, which measure the metabolic activity of cells, were used to quantify how much proliferation and activation occurred in each treatment group.

The Falvey Memorial Library staff and the resources were crucial to the success of my research project. I am extremely grateful for the subscriptions that the Falvey Library provided to a diverse array of online scientific journals.

As my research project was founded upon related previous studies, and a lot of my work focused on filling in the gaps between these works, I was only able to access the hundreds of publications that I have read along the course of my project due to the library’s subscriptions.

These resources were also valuable when I was performing my experimental procedures. For example, I needed to isolate macrophages (which present the foreign antigens to the CD4+ cells) as part of my procedure when setting up my cell cultures to test for the effect of the different treatment groups. My laboratory did not have the kit that would allow me to isolate these macrophages from the lymph nodes of our mice, and the cost of the kit (over $1000) exceeded my budget. Thanks to the subscriptions that Falvey Library provided, I was able to find an alternate procedure which involved harvesting the macrophages from the bone marrow of the mice. This procedure was one which was unfamiliar to my laboratory group, but using the resources that the library provided, I was able to successfully implement the procedure into my experiment.

Additionally, I attended numerous presentations by Robin Bowles, then Falvey’s Nursing and Biology Librarian, when I was participating in the Villanova Undergraduate Research Fellowship for my research project. Robin helped me tremendously when it came to performing targeted searches for publications relevant to my project. 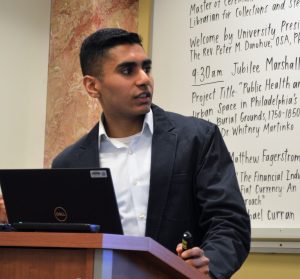 Unfortunately, there isn’t a lot of information known about the spatiotemporal regulation of the cell membrane in the context of CD4+ T cell responses. Early in the summer, I visited Robin in the library – thanks to her help, I was able to gain access to a relatively recent international publication about CD69’s implication in tumor immunity. Through the interlibrary loan system and the help of Robin, I was able to access this publication. This was a very helpful document in persuading me to investigate CD69 expression as a part of my research project. Robin’s presentations also introduced me to Zotero and proper reference management. I have not had much exposure to writing scientific literature before this project, so the resources that the library provided to introduce me to documentation management, in-text citations, and creating an appropriate works cited section were invaluable.

The Impact on Him:

This project taught me the importance of using past research and inquiry as a guide to understanding the current state of our knowledge base and as a building block to expand upon. After completing my research project, I’ve really come to understand how the work that we, as critical thinkers and investigators, perform is really part of a larger academic collective.

When asking new questions and expanding upon the questions that our colleagues have previously asked, we’re ultimately creating a more comprehensive knowledge base for the future. It was extremely humbling to realize how the work that I performed is directly connected to the work that other international investigators have performed for tens of years.

This experience has influenced my academic goals because it has also taught me how much more information is still out there to be uncovered, and how crucial investigation is towards the advancement of science.

As an aspiring healthcare professional, I was shocked to learn that so many of the processes related to CD4+ T cell signaling are still unknown. CD4+ T cells are the major regulators of our immune system, and with so much disease history and technological developments in our modern world, I did not think that there were still so many question marks related to CD4+ T cell responses.

This experience has made me more cognizant of the importance of scholarly inquiry and has persuaded me to continue performing research as I advance in medical school and become a physician. The work I will one day be able to perform as a physician will only be possible due to past research, so I hope to continue to contribute to the field and aid in its advancements through further scholarly investigations.