Falvey recently added the complete archive of The Irish Times (1859-2017) and the Weekly Irish Times (1876-1958) to its growing digital newspaper vault. Readers may already be familiar with Falvey’s other ProQuest historical newspaper titles such as the New York Times, the Washington Post, the Philadelphia Inquirer, the Pittsburgh Post-Gazette, and the recently added Black Historical Newspapers collection. ProQuest’s archive of The Irish Times will continue to grow with the latest two years embargoed. 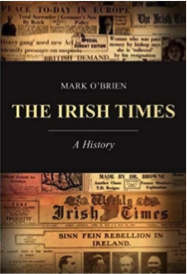 The Irish Times is Ireland’s second largest newspaper after the Irish Independent read mostly among the middle- and upper class urban population. Originally conceived as a conservative and unionist paper for a predominantly Protestant audience, the Dublin-based Times went into a steep decline after Southern Ireland left the Union. Over time it reinvented itself into a liberal and progressive daily, calling itself Ireland’s only independent newspaper in a hint at the Irish Independent’s ties to the Catholic Church and a conservative nationalist agenda. Interested readers can consult Mark O’Brien’s The Irish Times: A History which is available in the Library’s collection.

Close to 150 years of Irish history offer innumerable research opportunities. Scholars may be interested to learn more about the Times’ Union views of the Easter Rising or its pro-European takes on the effects of Brexit on Ireland. The archive reaches back far enough to cover the second potato blight and ensuing waves of emigration to the U.S., Canada, and Australia. Another well covered topic are reparations for victims of the Magdalene laundries. 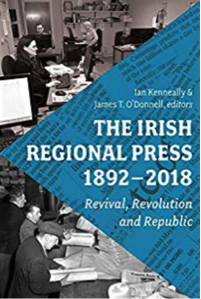 This new archive is a welcome addition to the Library’s extensive Irish and Irish American primary source collections that support Villanova scholars and the many interdisciplinary courses offered through the Irish Studies program. The Library’s Irish Studies subject guide collates selected resources with short descriptions including links to Irish newspapers that are available in Falvey’s own Digital Library and on microfilm. Readers who are interested to learn more about Irish newspapers can consult The Sunday Papers: A History of Ireland’s Weekly Press by Joe Breen and Mark O’Brien (Dublin: Four Courts Press, 2018; PN5144.S86 2018, 4th floor) or The Irish Regional Press, 1892-2018: Revival, Revolution and Republic by Ian Kenneally and James O’Donnell (Dublin: Four Courts Press, 2018; PN5144.I77 2018, 4th floor).