🎪Come see feats of wonder, from trick riders to acrobats trapeze through the air, at the Field House🎪 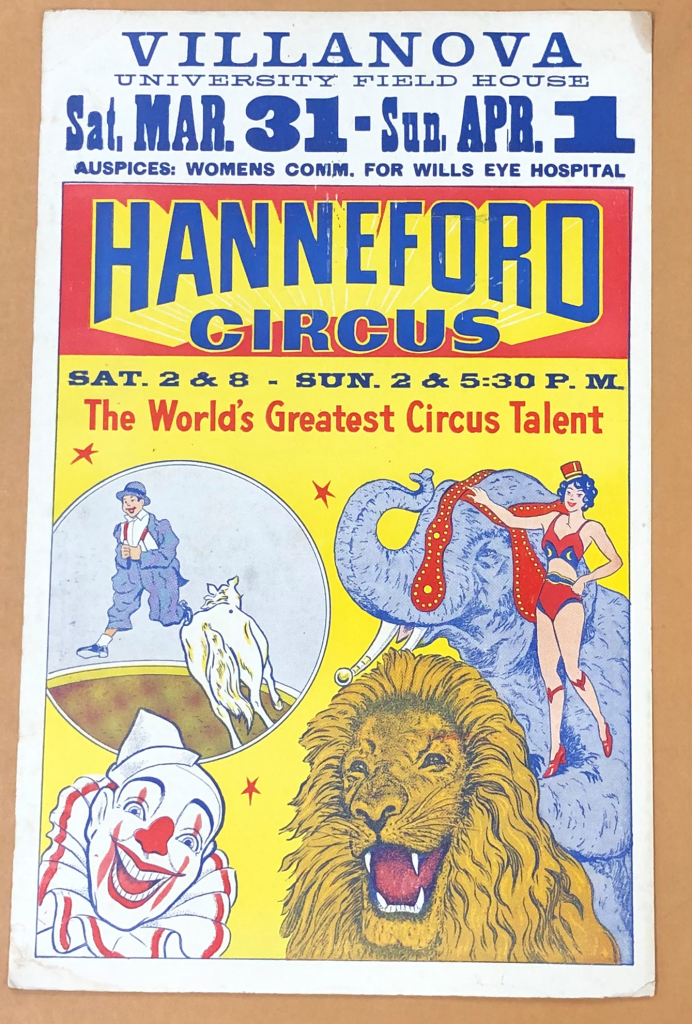 The University Archives has recently acquired a poster announcing a circus event on campus. Not much is known about the event on campus itself or its sponsors but the Hanneford Circus, also known as Royal Hanneford Circus, is considered one of the oldest circuses dating back to possibly 1690 England.  According to legend,  Edwin Hanneford, a foot juggler who performed on London street corners and fairs, was summoned to perform before King George III in a contest to determine who was the best juggler in England.  In the nineteenth century, 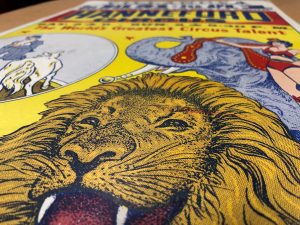 Hanneford Circus came to Villanova either sponsored by or in support for Women’s Committee for Philadelphia’s Wills Eye Hospital. The hospital was established in 1832 and is the oldest continually operating optometry facility in the United States. After doing more research on other Hanneford Circus posters it can be determined the event happened in the 1960s and was a familiar event across campuses as the Circus would perform at many colleges and universities during that period.

The poster is a fascinating glimpse into campus activities long ago. The archives hopes to continue to acquire these types of treasures that tell the story of our past.