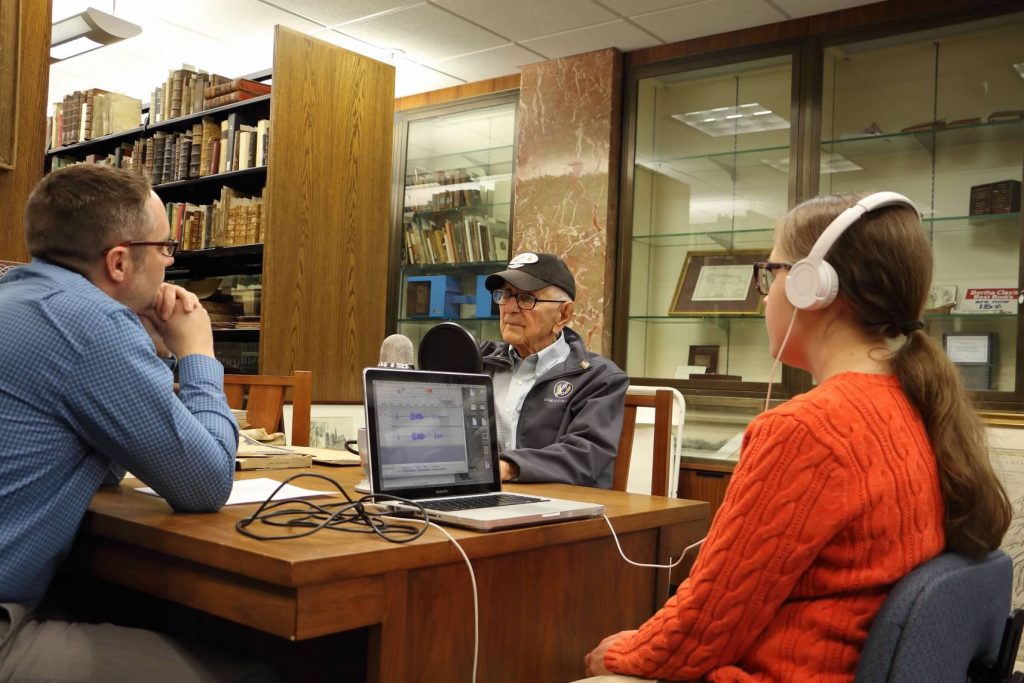 Falvey’s Distinctive Collections and Digital Engagement Department is excited to be partnering with the University’s Office of Veterans and Military Service Members on an oral history project. The Voices of Villanova’s Veterans will document the stories of veterans from our community. Interviews are arranged and conducted by Mike Brown, Director of the Office of Veterans and Military Service Members, and recorded and produced by Laura Bang, Distinctive Collections Librarian/Archivist. The project is still in the early stages, so we do not yet have any interviews available for listening. Stay tuned for more details!

On Tuesday, March 19, we were honored to meet and interview Lt. Col. William Bonelli, a veteran of the United States Army Air Corps (which later became the United States Air Force), who served during World War II and was at Pearl Harbor during the surprise attack of the Imperial Japanese Navy Air Service on December 7, 1941. Lt. Col. Bonelli just celebrated his 98th birthday on March 17.

We look forward to doing more interviews and hopefully making them available to the public soon!