There are many ways the library can help you prepare for the stress that accompanies the end of every semester. Whether you have a handful of final exams or one large research paper, we know that it can be a lot to handle. But Falvey Library can be an incredible source of academic help and support. The list of excellent and peer-reviewed primary and secondary scholarly sources accessible to all Villanova students grows everyday. Additionally, no matter what your major, there’s a librarian who specializes in instructing you on how to access articles, books, and information you need to succeed. Stop by and meet your subject librarian soon…you’ll be glad you did!

During December, we’re counting down to the holidays by featuring a new Falvey Library acquisition every day…sort of like those fun Advent calendars you enjoyed as a kid! Have fun discovering the latest choices here at your library!

The World as It Is: A Memoir of the Obama White House by Ben Rhodes 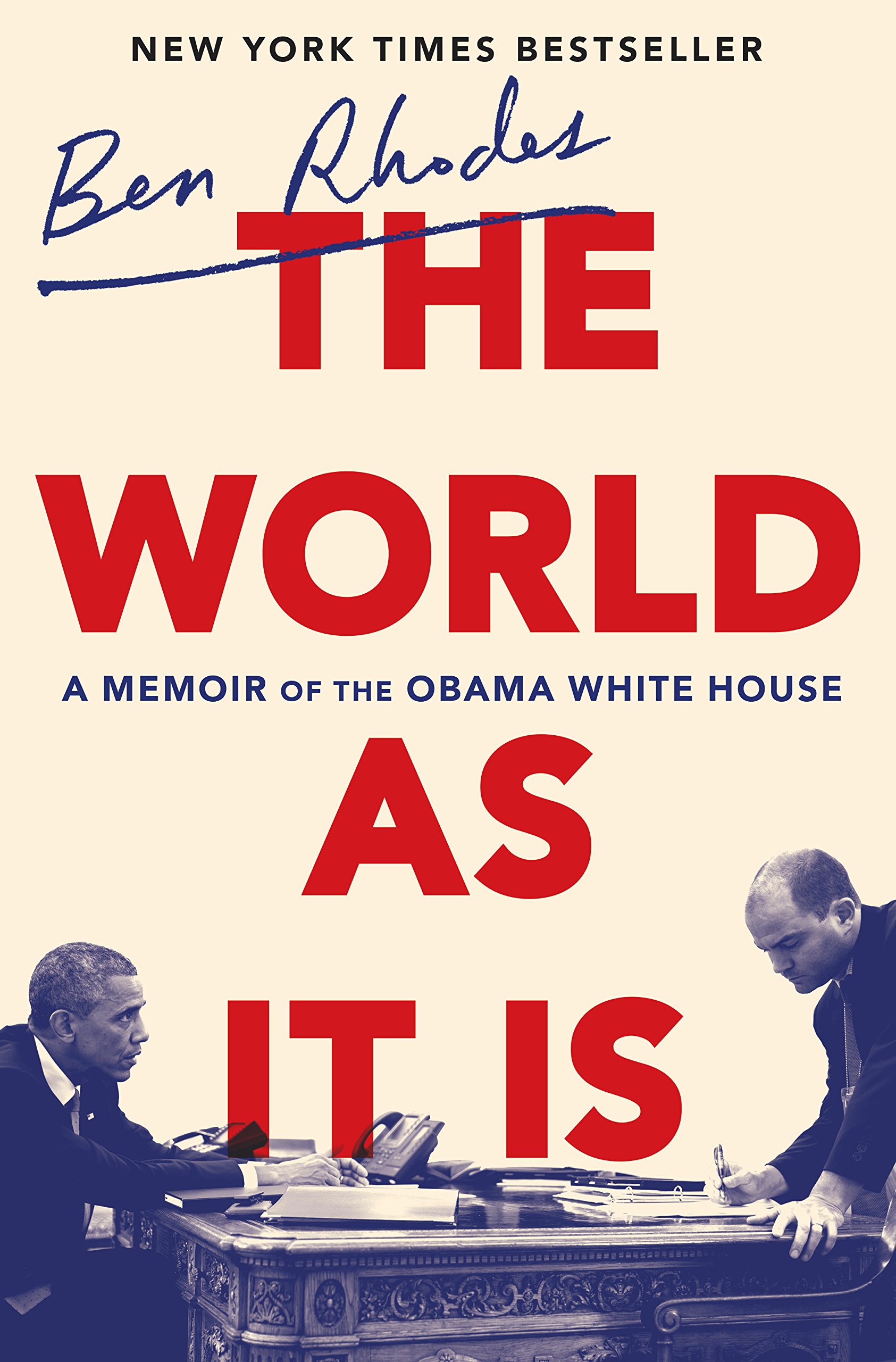 For nearly ten years, Ben Rhodes saw almost everything that happened at the center of the Obama administration–first as a speechwriter, then as deputy national security advisor, and finally as a multipurpose aide and close collaborator. He started every morning in the Oval Office with the President’s Daily Brief, traveled the world with Obama, and was at the center of some of the most consequential and controversial moments of the presidency. Now he tells the full story of his partnership–and, ultimately, friendship–with a man who also happened to be a historic president of the United States.

Rendered in vivid, novelistic detail by someone who was a writer before he was a staffer, this is a rare look inside the most poignant, tense, and consequential moments of the Obama presidency–waiting out the bin Laden raid in the Situation Room, responding to the Arab Spring, reaching a nuclear agreement with Iran, leading secret negotiations with the Cuban government to normalize relations, and confronting the resurgence of nationalism and nativism that culminated in the election of Donald Trump. In The World as It Is, Rhodes shows what it was like to be there–from the early days of the Obama campaign to the final hours of the presidency. It is a story populated by such characters as Susan Rice, Samantha Power, Hillary Clinton, Bob Gates, and–above all–Barack Obama, who comes to life on the page in moments of great urgency and disarming intimacy. This is the most vivid portrayal yet of Obama’s worldview and presidency, a chronicle of a political education by a writer of enormous talent, and an essential record of the forces that shaped the last decade.

Check the blog tomorrow for another new resource!