‘Cat in the Comic Book Stacks

While I certainly encourage you to celebrate by picking up your favorite childhood comic book (I’ll be grabbing Wonder Woman, of course), I would also urge you to look at those comic books in a new, more critical way. The Falvey Library can help: use this list of critical sources to re-examine your childhood favorites for National Comic Book Day. 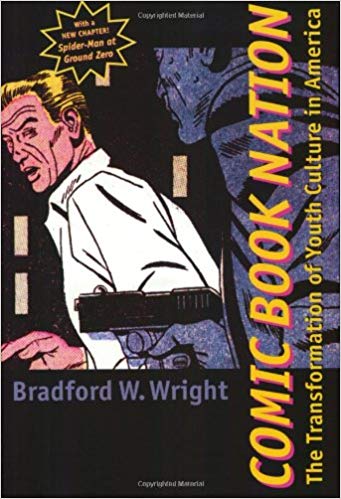 Wright offers a provocative history of the comic book industry throughout the history of twentieth-century America. Wright asserts that comic books have continually reflected national moods, and Wright finds that comic book writers and illustrators used the medium to address a variety of national issues, including racism, economic injustice, fascism, the threat of nuclear war, and drug abuse. He looks to Batman, Spider-Man, Iron Man, and others, superimposing them over monumental moments in American history, like the Cold War, the Depression, and others.

Comic Book Nation is at once a serious study of popular culture and an entertaining look at an enduring American art form.

Jeremiah Massengale, Assistant Professor and Director of Journalism at University of the Cumberlands, asserts, “By creating such a comprehensive volume, Wright’s efforts should provoke a further interest in serious cultural criticism of the medium. Readers can easily find in the book a starting point for their own studies. It paves the way for more exhaustive study of comics during specific historical periods and especially during his relatively untapped analysis of the cultural representation in comics during the 1990s and beyond.” 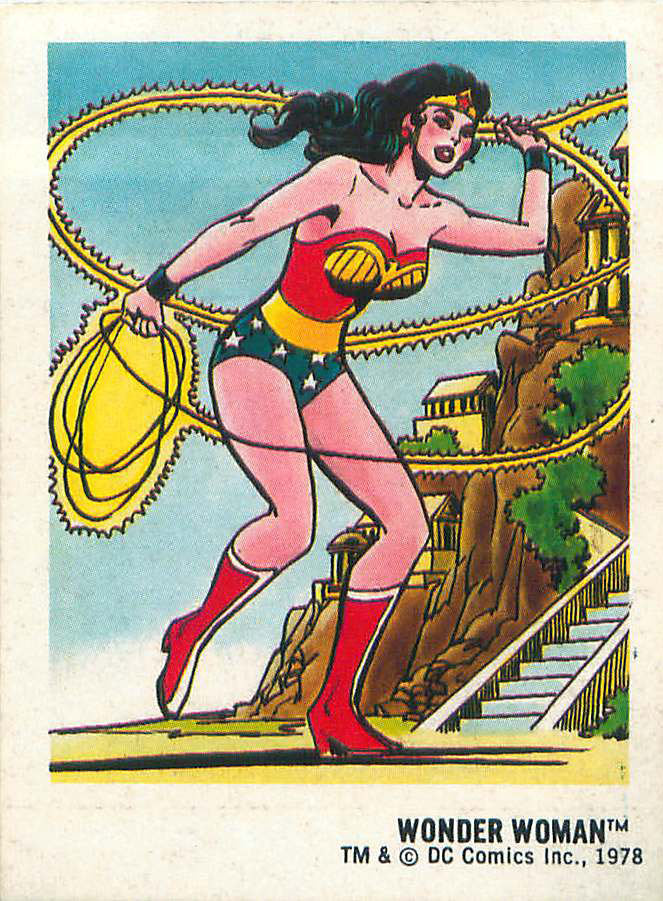 The Secret History of Wonder Woman by Jill Lepore

Harvard historian and New Yorker staff writer Jill Lepore has uncovered an astounding array of documents and papers belonging to William Moulton Martson, Wonder Woman’s inventor. Marston was influenced by early suffragists and feminists in creating the female superhero. In the 1920s, Marston and his wife lived with Olive Byrne, the niece of Margaret Sanger, one of the most influential feminists in American history.

Wonder Woman, Lepore argues, is the missing link in the history of the struggle for women’s rights.

Sonny Figueroa of The New York Times writes, “In The Secret History of Wonder Woman she [Lepore] fully tells Marston’s history for the first time, as well as the complete history of how so many crisp feminist ideas made their way into Wonder Woman comics. It’s complicated material that she capably explores, though she leaves you with uncomfortably torn feelings and a sense that this intellectual jigsaw puzzle is missing pieces. Should we read Marston’s Wonder Woman strips as feminist manifestoes, or as the working out of issues by a somewhat troubled man, or both? Her book makes you inwardly cheer, “Go Wonder Woman!” one moment, and then fret, “Go Wonder Woman?” in the next.” 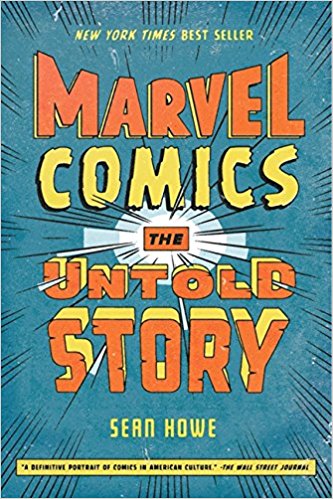 Marvel Comics gave us Iron Man, the Hulk, Thor, the X-Men, the Fantastic Four, and the Amazing Spider-Man. Their stories and mythologies fascinate us and the rest of the world, and have for approximately half a century.

Sean Howe, a former comic book reviewer and editor at Entertainment Weekly, tells a gripping narrative of one of the most extraordinary and beloved pop cultural entities in America’s history.

The New York Post says Howe’s book is a “must for any superhero or pop-culture fan.”

American novelist Jonathan Lethem writes, “Sean Howe’s history of Marvel makes a compulsively readable, riotous and heartbreaking version of my favorite story, that of how a bunch of weirdos changed the world. That it’s all true is just frosting on the cake.” 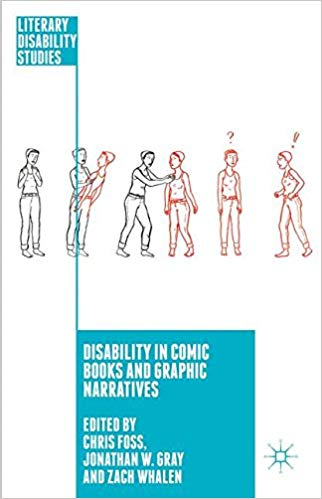 This source would be ideal for any student interested in Disability Studies and its intersections.

As there has yet to be any substantial scrutiny of the complex confluences a more sustained dialogue between disability studies and comics studies might suggest, Disability in Comic Books and Graphic Narratives aims through its broad range of approaches and focus points to explore this exciting subject in productive and provocative ways.

English scholar Charles Acheson remarks, “Foss, Gray, and Whalen provide comics scholars, as well as those located in such related fields as children’s literature and visual rhetoric, the opportunity to think critically about key issues in disability studies and their particular representation in hybrid visual-verbal texts…This collection captures the urgency of the intersection of comics and disability, and the absence of non-American comics texts suggests an opportunity for the discussion to continue developing further through various national and cultural perspectives.”