Throughout the course of my internship, I was heavily involved in the digitizing the Thomas John Jones, Merchant Navy Officer, personal archive recently purchased by Villanova University’s Special Collections. Jones was a Welsh officer in the British Merchant Navy from 1893 to, at the least, 1913. Much of his naval career involved the foreign-going steamship, the S.S. Knight Errant, where he served as an officer. 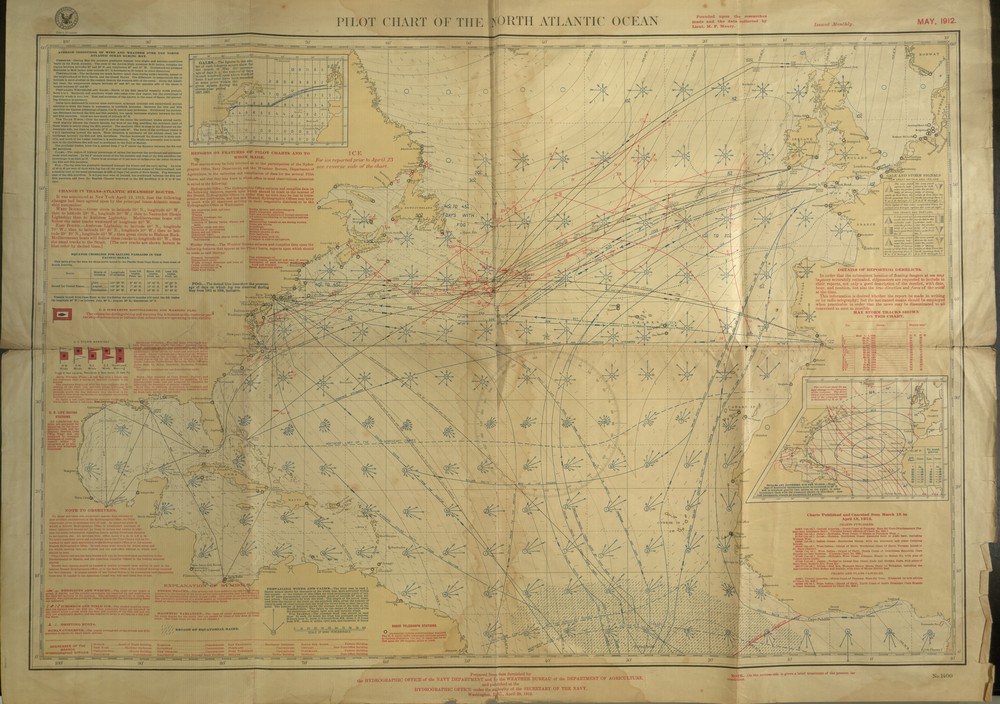 A few interesting aspects of the collection include a map of the Atlantic Ocean published two weeks after the Titanic’s fateful maiden voyage, two World War I medals, and a logbook penned by Jones.

The map illustrates the Titanic’s nautical route and maps several glaciers directly in the path of the Titanic. Indeed, there is a cluster of glaciers notated on the map very near where the Titanic sank. Interestingly, Jones navigated the same water a week after the Titanic sank and noted there “was not a vestige of ice or wreckage.”

The collection also includes a set of World War I medals. Initially, I thought this indicated that Jones served in the war; however, as I delved deeper into the collection, I discovered that the war medals did not actually belong to Jones, but to Jenkin M. Evans. Perhaps, he was a friend or crew mate of Jones? Unfortunately, we may never know. 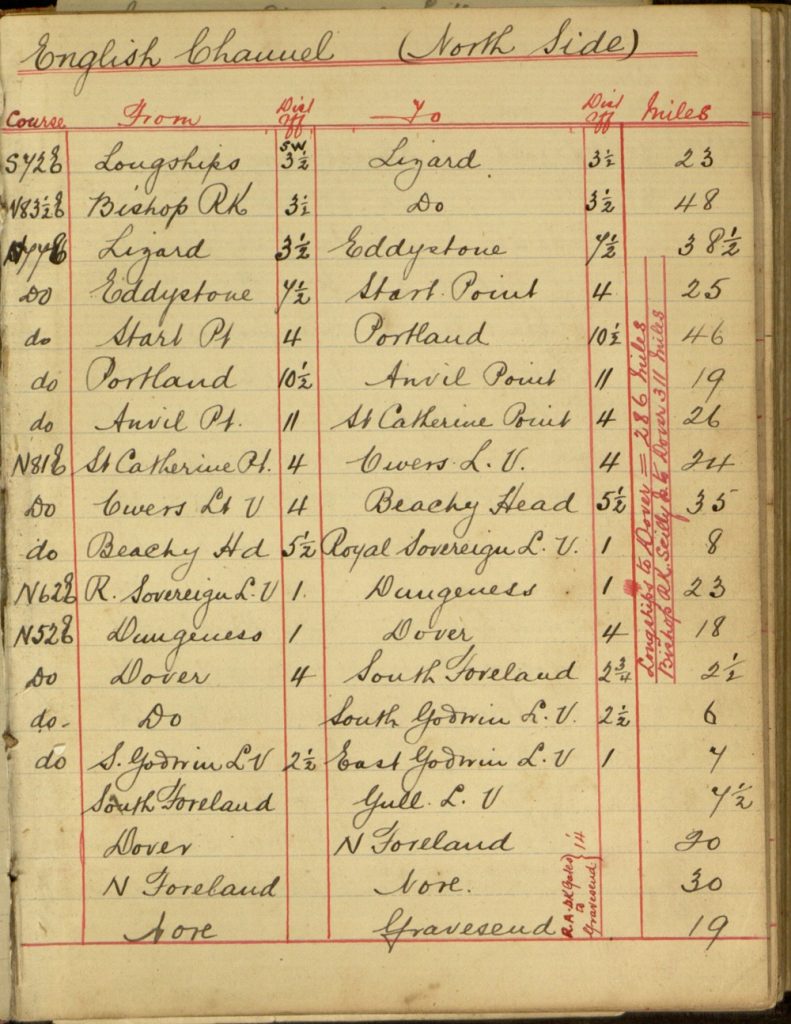 The logbook comprises of Jones’ account of his voyages from 1909-1913 while aboard the S.S. Knight Errant. He detailed each route in nautical miles and compared variant routes in order to determine the most efficient course from multiple ports around the world. His notes contain information on various topics that include commentary on East Asian monsoons and hurricanes in the West Indies, on entering the Yangtze River, on how to accurately navigate sea currents, and on pilot signals in England. His insights on these subjects may provide nautical scholars with invaluable primary source material.

The project was enlightening and served as a platform for much professional development. My time working on this project, and my time at Villanova in its entirety, has reinforced my passion for information access. Indeed, it has fostered an appreciation for the digital humanities and its integral role in the preservation and dissemination of information. For more information please visit Thomas John Jones, Merchant Navy Officer @ Villanova’s Digital Library or visit my Wikipedia article here.