Ariel Levy will visit Falvey Memorial Library’s Speakers’ Corner as part of the Creative Writing Program’s ongoing Lit Fest today, April 24 at 7:00 p.m. Levy will discuss the publication of her second book, The Rules Do Not Apply, a memoir that recounts Levy’s most personal moments from her memories at Wesleyan University, to her partner’s struggle with alcoholism, to her own miscarriage.

This Highlighter brings together some of Levy’s work available to you through Falvey. As you will find browsing her already written materials, Levy’s talk promises to unveil how we might channel our own personal difficulties into those things we are most passionate about, for Levy: writing. 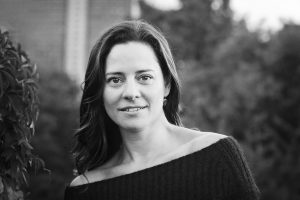 Ariel Levy poses for a photo.

1. Female Chauvinist Pigs: Women and the Rise of Raunch Culture

“Female Chauvinist Pigs” starts with a simply asked question, yet one that might not be so simple to answer; “why is laboring to look like Pamela Anderson empowering?” In “FCP,” Levy looks at the rise of a new type in American culture: the female chauvinist pig, who she claims uses a traditionally male aesthetic as a guise for feminism. Exploring the rise of, for example, lad mags and Howard Stern, Levy comes to the conclusion that “‘raunchy’ and ‘liberated’ are not synonyms.”

Learn some intensely personal autobiographical information in this essay. Levy herself claims to have not liked her introverted childhood very much – redeemed by her early decision to become a writer. She contemplates what the future might hold for her own child. Unfortunately, she miscarries in a place far from home – Ulaanbaatar, Mongolia. In this “Best American Magazine Writing, 2014” selection, she recounts the details of that experience. 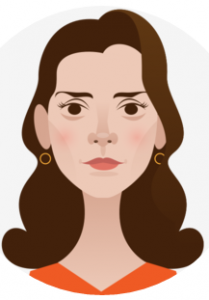 In this obituary of Edith Windsor, Levy’s latest contribution to “The New Yorker,” Levy gives pedigree information, of course: where Windsor received her degrees and the direction of her career. But Levy stands in awe at the woman who worked to topple the Defense of Marriage Act and who teased her partner, despite their 30 year separation in age, for having too little energy.