As part of the Highlighter’s continuing recognition of Black History Month, the list of databases below documents several aspects of the African American experience. You’ll find information to broaden your horizons on black drama, African American studies, early African American journalism, and much more. This list has been curated by Director of Academic Integration Jutta Seibert. 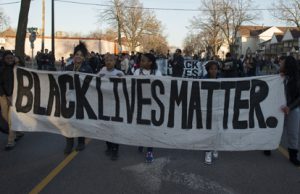 The African American Studies Center Online is currently running a spotlight on Black Lives Matter. (Image from their website.)

This collection searches a unique set of primary sources from African Americans actively involved in the movement to end slavery in the United States between 1830 and 1865. Approximately 15,000 articles, documents, correspondence, proceedings, manuscripts, and literary works of almost 300 Black abolitionists show the full range of their activities in the United States, Canada, England, Scotland, Ireland, France and Germany.

Works by authors of African or African-American descent. Compiled by the curators of the acclaimed Afro-Americana Imprints collection.

Contains the full text of 1,462 plays written from the mid-1800s to the present by more than 233 playwrights from North America, English-speaking Africa, the Caribbean, and other African diaspora countries. Many of the works are rare, hard-to-find, or out of print. More than a quarter of the collection consists of previously unpublished plays by writers such as Langston Hughes, Ed Bullins, Derek Walcott, Willis Richardson, Alice Childress, Amiri Baraka, Zora Neale Hurston, and many others. 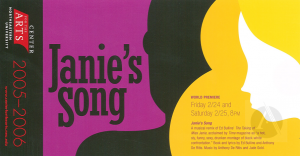 You can also find flyers and playbills on the Black Drama database, including this one from Janie’s Song.

6. New Books from the Catalog

Among these latest books you’ll find resources about literature during the Civil Rights era, being black on college campuses, and theory at the intersection of race and sexuality. I hope you, like me, will find these resources enlightening, and I hope they put into perspective the gravity of celebrating black history and culture this February.