Welcome to a special guest version of “The Highlighter,” where we explore the various new and old services and resources available through Falvey! I, William Repetto, typically compile these resources and bring them to you. This week, however, Kallie Stahl has come across some frightening finds in the stacks and couldn’t wait to share them!

Though Halloween is still a couple of days away, the most horrifying event of the month is over: Midterms. So, with your (still rather limited) free time, enjoy some of these seasonal titles available at Falvey Memorial Library. 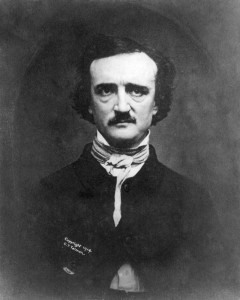 The novel is inspired by “a true story of a child’s demonic possession in the 1940s.”

The novel recounts the story of “a young family that moves into a small home on Ash Tree Lane where they discover something is terribly wrong: their house is bigger on the inside than it is on the outside.”

Four seekers look for haunting evidence at the abandoned old mansion called Hill House. Their stay begins as a spooky encounter, but the house is gathering its powers and will choose one of them to make its own.

When schoolteacher Lois Larkin takes her third grade class on a trip to Bedford, a town destroyed by an environmental catastrophe, one of the children unearths an ancient, contagious plague that transforms its victims into something violent, inhuman, and hungry.

A noted child psychologist attempts to help a frightened 8 year-old boy who is experiencing terrifying visions of the dead.

Abby, an eerily self-possessed young girl, emerges from her heavily curtained apartment only at night and always barefoot, seemingly immune to the bitter winter elements. Owen, an alienated 12-year-old boy, recognizes a fellow outcast and opens up to her, forming a unique bond. But as a string of grisly murders occupy his town, Owen has to confront the reality that this seemingly innocent girl might be hiding an unthinkable secret.

Horror melodrama in which a woman disappears after spending the night in an isolated motel which adjoins an eerie Victorian mansion, inhabited by a disturbed young man and his mother. 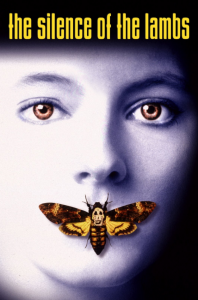 The Cabinet of Dr. Caligari

A somnambulist commits murders at a hypnotist’s bidding in this German expressionist horror classic. Also featured on this videodisc is an excerpt of “Genuine: a tale of a vampire”, a 1920 release which reunited “Caligari’s” creative team.

Based on the novel Frankenstein by Mary Wollstonecraft Shelley.

In Seoul, an American army doctor forces his assistant to dump bottle after bottle of formaldehyde into the drain. The drain runs into the Han River, the major river running through the middle of Seoul. His only reason is that the bottles are covered with a layer of dust. Six years later, a food cart operator, Gang-du falls asleep every time his dad, Hie-bong, is away from the stand for more than a few minutes. Soon, his daughter, Hyun-Seo returns from school. Then a monster appears in the river and starts to attack the people lounging at its banks.

Diary of a Madman

A 19th century magistrate (Price) is possessed by an evil spirit called the Horla, which compels him to murder.