In the past, we’ve brought you staff-picks of banned books, displays on banned books, topics in banned books, and even film-adapted banned books. With the topic of censorship taking over our Twitter feeds, however, I’d like to take the present “Highlighter” to remind you of the cultural import of banned books and tell you where they might be found in the library!

Here’s the thing with banned books: we often get a kick out of “why” a book was banned: “Harry Potter” for promoting witchcraft, for example, or “The Lord of the Rings,” for its Satanic elements. The list goes on and on, really. “Brideshead Revisited” was banned for elements of homosexuality – poor Anthony B-B-Blanche! – and “Fahrenheit 451,” itself an indictment on censorship, was censored for foul language. 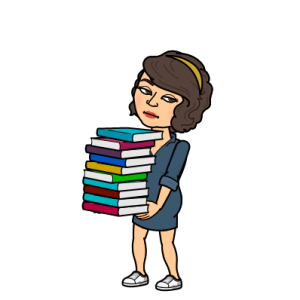 If you are at all like Hunter here, you’re thinking “William! Why are you giving me more reading?” But stick with me; I promise it’s worth it!

In the curiousness (and even downright hilarity) of these accusations, we often forget to take the moment to think about how others might see things. Maybe it’s easy for us to see that “Harry Potter” is about friendship and coming of age, or simple for us to see the greater, yet fictional, powers at work in “The Lord of the Rings.” But maybe for others that distinction is not so black-and-white.

No book ought ever be banned. This week, as we mark ALA’s Banned Books Week to celebrate, “the freedom to read,” let us remember the great freedoms afforded to us through our Villanovan education. Let’s not forget to read these books critically, and, instead of laughing off those who have banned them before, let’s learn a thing or two about “how” others think. Perhaps a bit of old-fashioned well-rounded thought will go a long way as far as ensuring that our cherished tales of the future remain on the bookshelves for all to enjoy. 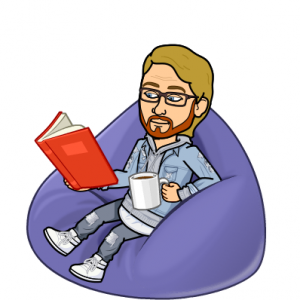 Me settling in with one of our banned books.

Here’s some of my favorites and where you’ll find them in the Falvey!

“Harry Potter and the Sorcerer’s Stone” by J.K. Rowling – Why not start from the beginning and give the whole series another read?

“Carrie” by Stephen King – Decades before my college roommates hung the creepy “Carrie” film poster in my dorm room, King wrote the original as a bone-chilling yet touchingly sad novel.

“Lord of the Flies” by William Golding – My middle school teachers put this book in the hands of an all-boys class perhaps too soon; we admired the boys for their state-building acumen – not the case, now that I’m a bit older (and at least slightly more mature).