“The Highlighter” typically focuses on updates either interior to the library or updates accessible through the library, but this week I’ll be writing about something a little different: adaptations. As it turns out, some of our favorite books here at the Falvey will hit the screen at the end of this year and beginning of next. Here’s our top five, the book versions of which happen to be available through the catalog: 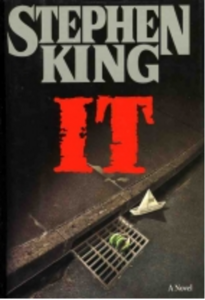 Cover to Stephen King’s “It.”

Already grossing nearly $200 million worldwide, “It” has taken horror films to new heights, and industry insiders are already talking about how its September release may indeed sway how studios approach marketing their films in the future. The story of Pennywise the clown, of course, comes from a Stephen King novel of the same name released in 1986.

You can find it through the catalog here. We recommend taking advantage of Falvey’s 24/7 hours pilot and reading it in the dark of night.

2. “The Glass Castle” by Jeannette Walls: 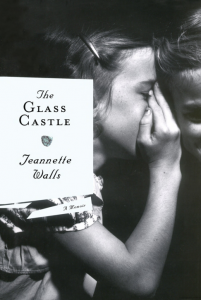 This 2009 OneBook Villanova selection has also already been released. In theatres now, “The Glass Castle” tells the harrowing story of Jeannette Walls’ own childhood and adolescence of extreme poverty. Originally a memoir, the filmic adaptation stars Brie Larson and Woody Harrelson. Make sure to bring your tissues for this one, and get your inner-social-justice-warrior persona geared up and ready to go.

3. “The Vietnam War: An Intimate History” by Geoffrey C. Ward: 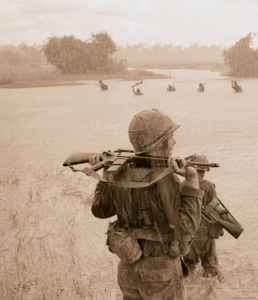 A page within the companion volume to “The Vietnam War: An Intimate History.” (Courtesy of Google Books’ preview of the same.)

Starting this Sunday on PBS, “The Vietnam War: An Intimate History” will be a 10-part series by esteemed director Ken Burns. The idea of the project is to tell stories of the Vietnam War that differ from the standard narrative. This one is less of a strict “adaptation,” and more of a companion reader, but you won’t want to miss out! Geoffrey C. Ward wrote the screenplay and companion book, which you won’t find on the stacks in the Falvey, but it is available through Inter-library Loan.

4. “Looking for Alaska” by John Green: 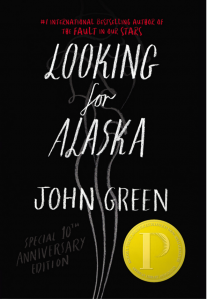 Break out another box of tissues for this John Green young adult novel. If the central drama of this tearjerker does not evoke strong emotions for you, then I simply don’t know what will. It doesn’t look like we’ll get to see this film before the new year, but that gives you plenty of time to check out the novel and give it a read before testing it against the adaptation.

5. “Murder on the Orient Express” by Agatha Christie: 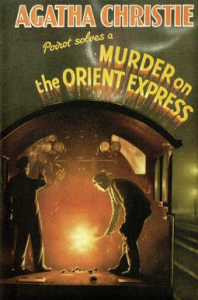 “Murder on the Orient Express” cover, courtesy of Wikipedia.

A star-studded cast, including Penelope Cruz, Johnny Depp, and Daisy Ridley, will bring this Agatha Christie novel to life on-screen in November. Before then, you can check out our copy of the novel (which includes another four novels!). You should also be aware, however, that this is not the first adaptation of this installment of the Hercule Poirot series. It came to life three times before on screen and once as a BBC Radio series.