You’re gonna need a bigger television. Shark Week premiered on the Discovery Channel yesterday, the documentary series kicking off with the episode “Great White Shark Serial Killer Lives.” Premiering in 1988, Shark Week has become a summer tradition. The series, now in its 29th season, is the “longest-running cable TV programming event ever” Matt Cohen writes in “The Week.” Speaking on how the idea for Shark Week came about, Eileen O’Neill, Discovery Channel’s former group president, states:

“It started with a scheduler and the founder of the company, John Hendricks, brainstorming…They started with the premise that sharks are such predatory beasts, and rated well, and thought, ‘What if [we] took advantage of the August beach time?’” 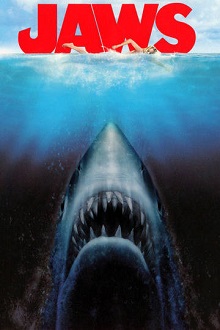 Drawing on themes from Steven Spielberg’s blockbuster “Jaws,” Shark Week has continued to fuel our fear and fascination with the majestic creatures. Becoming a pop culture fixture, sharks have been featured in a number of films, television shows, graphic novels, cartoons, etc. From sharks with laser beams attached to their heads [“Austin Powers in Goldmember”] to “Sharknado” to Katy Perry’s Left Shark, our fixation remains.

Every year, Shark Week gives viewers the opportunity to swim alongside multiple species of sharks [as many of us will never get that close to the predators.] Yet, despite all of the information accumulated about sharks, their habits still remain a mystery. So, stock up on goldfish crackers and Swedish fish, and settle in for the week. Fins up, the Discovery Channel has a jawesome lineup for Shark Week 2017:

For a complete list of programming, check out Discovery Channel’s website. In additional to providing knowledge about sharks, the Discovery Channel has also worked to bring awareness to conservation efforts. To learn how you can help sharks, please visit discovery.com.