“The Great War” Premiere and “Home Before the Leaves Fall” 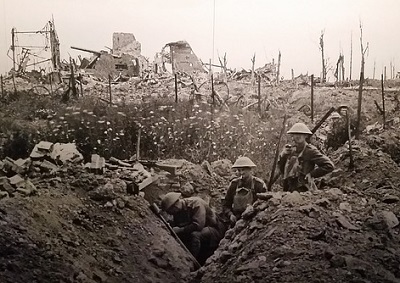 “The Great War” premieres at 9 pm on PBS Monday, April 10, and continues with two more episodes at the same time through April 12. The film utilizes unpublished diaries, memoirs and letters to tell the story of World War I, the “Great War,” a war intended to end all wars and to “make the world safe for democracy.” The film tells its story using the voices of those not usually heard, such as nurses, journalists, and soldiers. “The Great War” will examine “the experiences of African-American and Latino soldiers, suffragists, Native American “code talkers” and others whose participation … has been largely forgotten.” (PBS)