‘Cat in the Stacks: X-Files Edition

Warning: Content may be too edgy and hip for some readers.

This morning, the Falvey Communication and Marketing Team spotted a team of white-lab-coat-clad students working outside of our office windows. With their uncanny appearance through the trees, the speculations began immediately: “what planet have they come from, and what could they want?” “Who have they come to take away?” 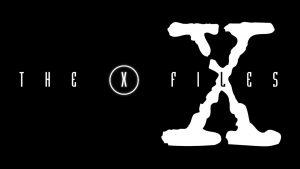 For those of you unfamiliar with the show, two special FBI agents, named Dana Scully and Fox Mulder, investigate unexplainable phenomena (UFOs, abductions, hauntings, the usual stuff). Mulder believes in the supernatural, while Scully generally attempts to ground his theories. We can imagine how this episode would go:

MULDER: It appears the alien life forms came through the trees here and surprised the library workers in their office by climbing through the window.
SCULLY: The window’s not even broken, Mulder. Why can’t you just accept that they were probably just students from Mendel doing a science project? And the library workers are just away at lunch.
MULDER: Or you could accept that something supernatural has occurred here, Scully, that there may be life and knowledge beyond the bounds of human comprehension. 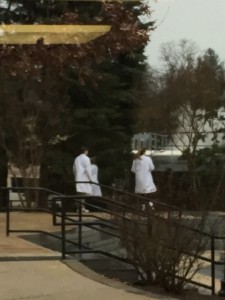 Dialogue typically progresses like this throughout the episodes. The characters develop throughout the series, of course, and sometimes Scully accepts Mulder’s propositions (and Mulder even occasionally accepts that something perfectly terrestrial occurred).

The endings of X-Files episodes set the series apart from, say, CSI or Criminal Minds. At the end of an X-Files episode, the incident may not be resolved. And not simply put off until the next week, I mean actually unresolved. Think about how this one might end ­–

SCULLY: Mulder, would you stop trying to collect evidence and accept that they just went back to ­­–
[A bright light flashes through the trees and the scientists along with their footsteps disappear]
SCULLY: That could have been any number of natural phenomena… besides –
MULDER: A natural occurrence that happened to wipe away the footprints too? The truth is out there, Scully.

“The truth is out there” is a significant quote for the series, appearing at the end of the opening credits sequence and being said in some episodes throughout the series. This phrase is also the message that I’d like to leave you with today.

“The truth is out there” extends beyond the realm of the supernatural and the conspiracy theory genre. The belief that truth exists somewhere out there in the world drives all form of academic pursuit – including that of our friends in the white lab coats.

While the truth is, in fact, out there somewhere in the world, something that we here on the communication and marketing team are entirely sure of is that the resources to find it reside here in the Falvey Memorial Library. We have books on everything from UFOs to CEOs, from fantasy-fiction to factual biographies. 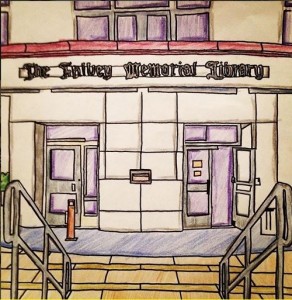 The truth is out there, Wildcats, and the resources are in here.