“The days are in order, the months, the seasons, the years. But the weeks are work. They have no names; they repeat.”
– James Richardson

Today, Jan. 31, James Richardson will visit Villanova University as part of the Literary Festival, co-sponsored by a host of organizations across campus including the English Department and the Falvey Memorial Library. A professor of creative writing at Princeton University, Richardson will talk about his newest collection, During, among other literary topics, during his visit to the Radnor/St. David’s Room in the Connelly Center at 7 pm. 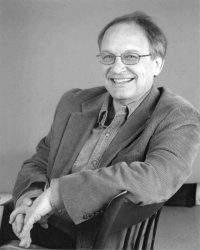 Richardson’s career in the field of English literature began with his undergraduate education at Princeton University, where he graduated in 1971. From there he traveled to the University of Virginia to earn his MA and Ph.D., programs which he completed by 1975. For the next five years, Richardson taught at Harvard University as an assistant professor.

The majority of his academic career, however, has been spent at Princeton University, where he has served as a professor, a director of their creative writing program and as a seminar presenter. Richardson’s own creative work in poetry has brought him critical acclaim, and his unique voice and style have propelled him to the heights of literary accomplishment.

In addition to appearing in the New Yorker, Richardson’s work has appeared in various anthologies and collections published throughout the early 21st century. He’s also published a number of book-length works that contain both poetry and aphorisms. His books include As If, A Suite for Lucretians, and How Things Are; they are available through Interlibrary Loan.

By his own admission, Richardson’s aphorism writing started “more as a questionable habit” than the foundation for a career, but his work, of obvious cultural importance, has landed him in the lineup of this year’s Literary Festival. His presentation promises to be of as many philosophical, aesthetic and academic turns as his poetry, and we hope to see you there! 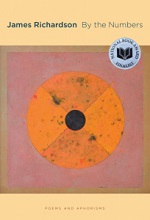 Dig deeper with his additional works available through Falvey’s catalogue: By the Numbers, Interglacial and Reservations or by viewing his biography via the Gale Literature Resource Center. 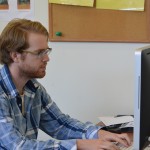