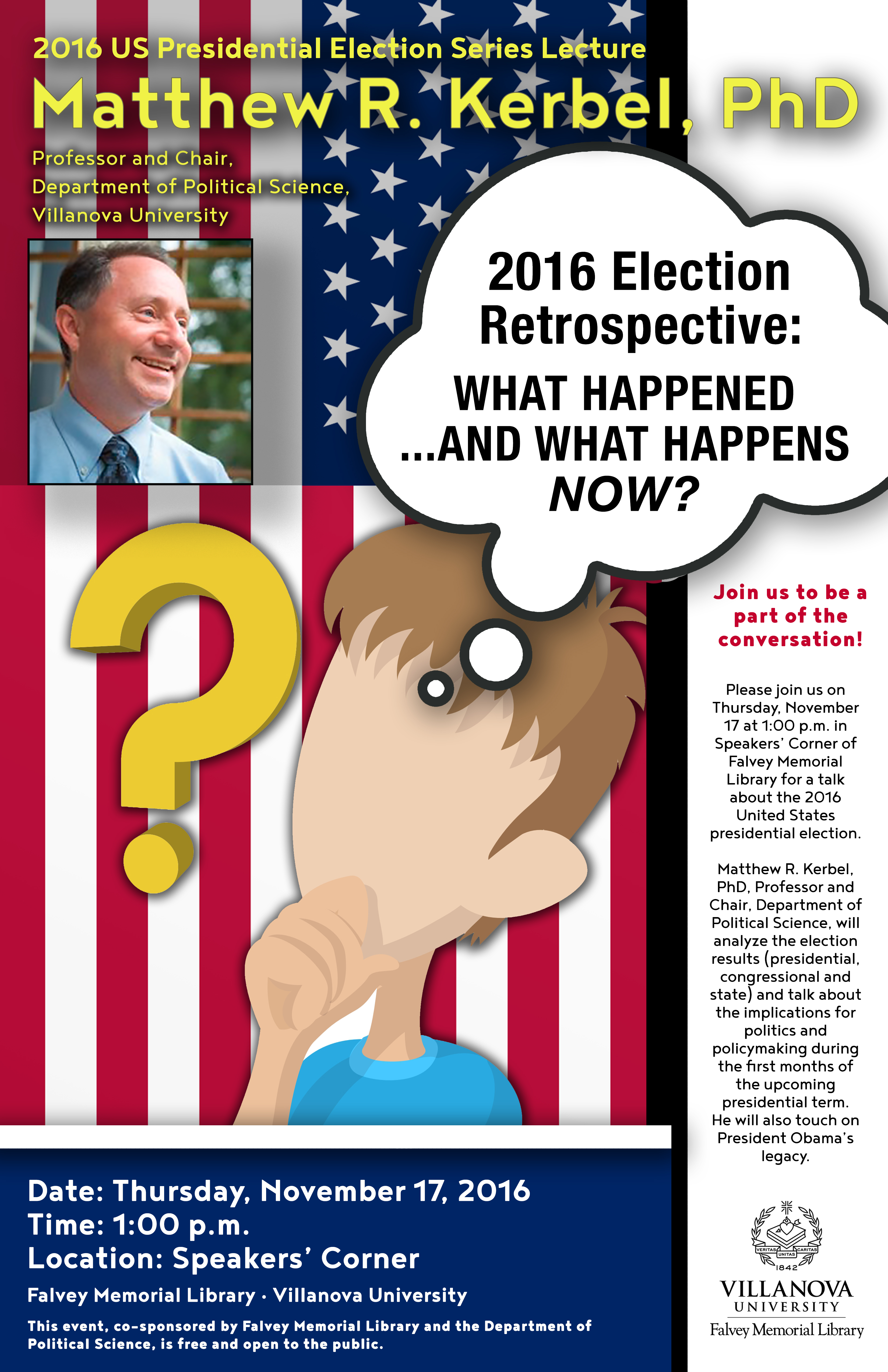 Please join us on Thursday, November 17 at 1:00 p.m. in Speakers’ Corner of Falvey Memorial Library for a talk about the 2016 United States presidential election. Matthew R. Kerbel, PhD, Professor and Chair, Department of Political Science, will analyze the election results (presidential, congressional and state) and talk about the implications for politics and policy-making during the first months of the upcoming presidential term. He will also touch on President Obama’s legacy. His talk is titled, “2016 Election Retrospective: What Happened—And What Happens Now?”

Dr. Kerbel is a well-known expert on political communication – the use of traditional media such as radio, television and newspapers, and new media such as social media, blogs and web sites. Kerbel has been a television and radio writer for the Public Broadcasting Service. He is often interviewed about political communication and serves as an expert source for the Constitution Center.

This event, co-sponsored by Falvey Memorial Library and the Department of Political Science, is free and open to the public.

Choosing a President: The Electoral College and Beyond (2002).

Get This Party Started: How Progressives Can Fight Back and Win (2006).

If It Bleeds, It Leads: An Anatomy of Television News (2000)

iPolitics: Citizens, Elections, and Governing in the New Media Age (2012).

Party On!: Political Parties from Hamilton and Jefferson to Today’s Networked Age (with John Kenneth White) (2012).