Elizabeth Kolbert will be visiting the Falvey Memorial Library today, Sept. 22, at 1:30pm to sign copies of her One Book Villanova selection The Sixth Extinction: An Unnatural History. As good academics, you will note that this book was published over two years ago now. While the academic community’s excitement over the book has not subsided, ecological and geopolitical realities have continued to change – and Kolbert has not stopped bringing these realities to her readers’ attention. 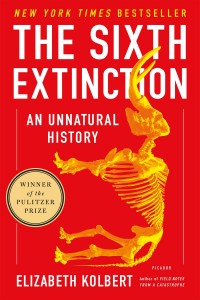 Cover of this year’s One Book selection.

Kolbert’s main platform for discussing climate change, among other environmental and scientific topics, is The New Yorker magazine. She has been a staff writer for that publication since 1999, and following her three-part series “The Climate of Man” (from 2006), her notoriety as a critic of global warming has only increased. Since the 2014 publication of The Sixth Extinction her work has focused on conservation and rising water levels, check out these New Yorker articles as a sampling of her work:

The Siege of Miami 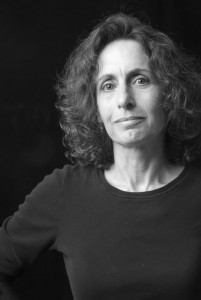 While these works give a good glimpse into Kolbert’s life work, The Sixth Extinction remains her most popular piece. She has given a number of interviews on the book, linked below, including an extremely high profile interview on The Daily Show with Jon Stewart:

Bulletin of the Atomic Scientists

These five pieces, plus The Sixth Extinction, should get you up-to-date for asking some intelligent questions at today’s book signing! Make sure to check out Kolbert’s twitter as well (@ElizKolbert); she tends to tweet and retweet the newest statistics regarding the climate and global populations. Enjoy these reads, and we look forward to seeing you at today’s events!