On the Path to Sainthood – Father Bill Atkinson, OSA 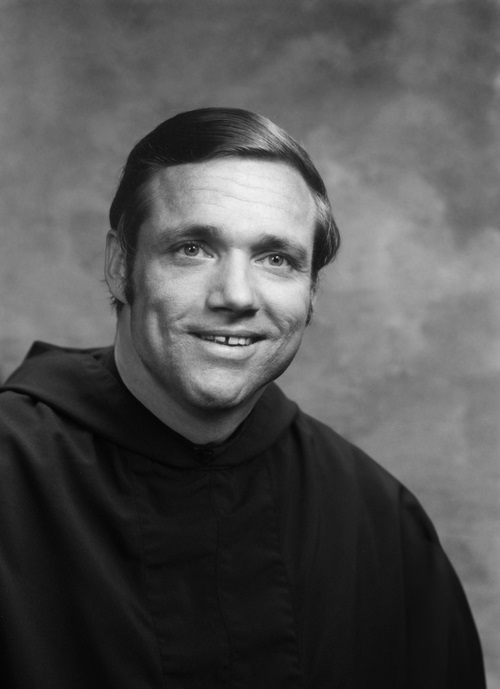 Who is the Rev. William Atkinson (Father Bill), OSA, a priest who may become a saint, and what is his connection to Villanova University? September 15 is the tenth anniversary of his death and with a movement towards canonization underway, it is appropriate to consider his life.

Born in 1946, Father Bill was a native of Upper Darby, Pa.; he attended St. Alice’s Elementary School there and then graduated from Msgr. Bonner High School (now Bonner Prendergast) in Drexel Hill, Pa. He spent a year as a postulant at Augustinian Academy (now closed), Staten Island, N.Y., and then entered the Order of St. Augustine as a novice at Our Mother of Good Counsel Novitiate, New Hamburg, N.Y., in 1964. It was here that his life-changing accident happened on February 22, 1965.

On that cold February day William Atkinson was tobogganing with his fellow novices when his toboggan hit a tree; his broken spine left him a quadriplegic. He was hospitalized in Poughkeepsie, N.Y., then spent a year at Magee Rehabilitation Hospital in Philadelphia. Although he had limited movement only in his head, neck, shoulders and arms, he was determined to continue his studies to become an Augustinian priest. He came to St. Mary’s Hall at Villanova University, at that time the Province’s Collegiate House of Formation where he began his novitiate once again on July 19, 1969. He professed his simple vows, then on July 20, 1973, he professed his solemn vows. Throughout these years, a group of Augustinians cared for Atkinson who occupied a motorized wheelchair. On February 2, 1974, nine years after his disastrous accident, Cardinal John Krol ordained William Atkinson to the priesthood. Because Atkinson was a quadriplegic, Pope Paul VI had to make a special dispensation for the ordination, making Father Atkinson the first quadriplegic priest.

Following his ordination the Rev. William Atkinson, usually called Father Bill, was assigned to the faculty of Msgr. Bonner High School in Drexel where he served from 1975 until 2004. At Bonner, he was a beloved presence, teaching theology, serving as assistant school chaplain and a moderator for the football team. He was the senior class retreat coordinator and director of the detention programs. His declining health brought him to the St. Thomas Monastery on campus where he remained until he died on September 15, 2006, surrounded by family, friends and caretakers. His funeral mass was held on Sept. 19 in St. Thomas of Villanova Church and he was buried in the Augustinian section of Calvary Cemetery, West Conshohocken, Pa.

In mid-August 2014 twenty-five invited guests – relatives, friends and friars –  met with the Rev. Michael Gregorio, OSA, the prior provincial of the Province of St. Thomas of Villanova, and the Rev. Josef Sciberras, OSA, postulator general of the Order of St. Augustine, Rome. Father Sciberras challenged the group: “Convince me that Fr. Bill lived a life of heroic virtue. Persuade me that he is a saint.” (www.augustinian.org) Various attendees testified about Father Bill’s “character, his virtue, his fidelity, his ministry, his humor, his humility and much more.” (www.augustinan.org)

In September 2015 the Cause of Canonization of Father Bill Atkinson, OSA, opened; the formal request was made to Charles J. Chaput, OFM Cap., Archbishop of Philadelphia. In November, Archbishop Chaput introduced the Cause to the United States Conference of Catholic Bishops. Archbishop Chaput encouraged the bishops to approve the Cause and they did so unanimously.

Father Gregorio, OSA, says, “Obviously, we are delighted that the cause is underway, and that we will have the opportunity to make the life and virtues of Fr. Bill more widely known. We rely very much on the friends and acquaintances of our brother to spread knowledge of him, to assist us in collecting data that can further the cause, and recommend his intercession to those in need.” (www.churchmilitant.com/news/article/first-quadrilegic-priest-on-path-to-sainthood)

Documentation for the cause is currently being collected and then it will be analyzed by censors, who are usually theologians. If the censors approve the evidence for sainthood, they will send a report to Archbishop Chaput. If the archbishop accepts the censors’ report, he will send it to the Congregation for the Causes of Saints who would then make their recommendation to the Pope for Father Bill to be considered “venerable,” one of the steps towards canonization.

The Father Bill Atkinson Guild, sponsored by the Province of St. Thomas of Villanova, will work to promote awareness of the Cause and to collect funds for its support. Contact information for the Guild is Fr. Bill’s Cause, Augustinian Provincial Offices, P.O. Box 340, Villanova, PA 19085.

“Father Bill Atkinson, OSA:  The Cause for Sainthood”

“Father Bill Atkinson, OSA – Taking Up the Cause”

“Father William Atkinson a ‘tremendous witness to the rest of us’ “

“Upper Darby native may be next American saint”

Sharing God’s Good Company:  A Theology of the Communion of Saints

The Cult of the Saints:  Its Rise and Function in Latin Christianity

Saints and Their Symbols

“The Process of Beatification and Canonization”

“A new look for the canonization process under Pope Francis?”

A succinct official description from the U.S. bishops 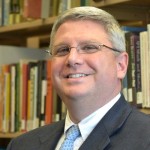