Check Out the Works of Alvin Toffler, Futurist, in Falvey 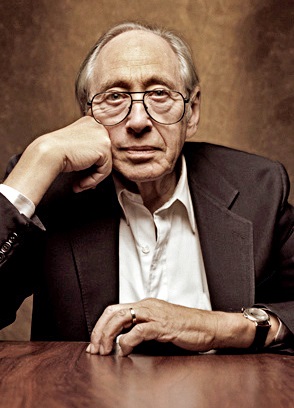 Alvin Toffler, a futurist and author of ten books, but most famous for Future Shock, died on June 27 at age 87. The son of Polish immigrants living in Brooklyn, N.Y., he knew that he wanted to be a writer when he was only seven years old. He graduated from New York University as an English major and held various jobs including several years with Fortune magazine before becoming a freelance writer.

Toffler wrote his first book, Future Shock (1970), after five years of research. Future Shock sold millions of copies, was translated into numerous languages, made its author famous, and is still in print.

Farhad Manoo says, “It is fitting that his death occurred in a period of weeks characterized by one example of madness after another … It would be facile to attribute any one of these events to future shock. Yet … it seems clear that his diagnosis [in Future Shock] has largely panned out, with local and global crises arising daily from our collective inability to deal with ever-faster change.”

Creating a New Civilization:  The Politics of the Third Wave (1995)

The Culture Consumers:  A Study of Art and Affluence in America (1964)

Learning for Tomorrow:  The Role of the Future in Education (1974)

Powershift:  Knowledge, Wealth, and Violence at the Edge of the 21st Century (1990)