Some "Light" Summer Reading – Not. A Baker’s Dozen Plus of Longest Novels

What better way to spend summer’s longest day (June 20 this year) than with a really long book? Since it is summer reading, let’s look at fiction (written in English).

How do you find a really long book? You could peruse the shelves at a library or a book store. Or you could let your fingers do the walking—go online and search. That search brings up interesting choices: whose list do you believe—Wikipedia’s, Amazon’s, Mental Floss’s, ListVerse’s or someone else’s? They share some selections, but not others. How are the book lengths determined—by the number of pages, characters or  words? All three are used, but counting the number of words seems to be the most accurate. 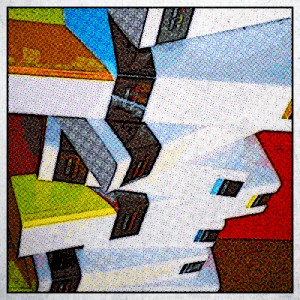 Tomm gives Ke$ha a run for her money

The longest novel written in English is The Blah Story (2007-2008), a twenty-three volume work by Nigel Tomm, which contains 11,338,105 words in 17,868 pages. Merriam Webster defines novel as “an invented prose narrative that is usually long and complex and deals especially with human experience through a usually connected sequence of events.” Elements of fiction include character, plot and theme. Broadly defined, The Blah Story includes these elements, but Tomm’s work isn’t something that most of us would choose to read for pleasure. “Overwhelmingly creative, Nigel Tomm demolishes the barrier of words and meaning, giving vitality and expressive strength to the pattern of his most exclusive novel—The Blah Story. It is a new way of conceiving text that frees the imagination, allowing you to personalize each and every word by your own creativity.” This is the description provided by Amazon.com (emphasis added by this writer—nice sales pitch, Amazon!) for the first volume of the novel and, although there are now twenty-three volumes, The Blah Story is considered a single novel. Creative Tomm may be, but do you really want to read even the first volume’s seven hundred twenty eight pages, in which the bulk of the text consists of the word “blah” interspersed with nouns, adjectives, adverbs and verbs, leaving it up to the reader to substitute words for the “blahs” in order to create logical sentences? 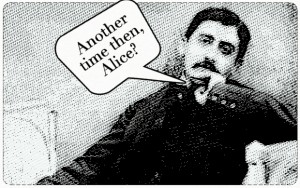 Let’s look at somewhat more traditional long novels and, for this blog, consider only works originally written in English. Very long books written in another language and then translated into English, such as Marcel Proust’s In Search of Lost Time (approximately three million words), Thomas Mann’s Joseph and His Brothers (no word count given on Amazon’s list) and Victor Hugo’s Les Miserables (560,391words), therefore, aren’t on my list but are mentioned here just in case one of these huge books appeals to you.

Marienbad My Love, “the world’s longest ‘open source’ novel” can be downloaded as the original 2008 edition. A later edition is available in print and for a Kindle. Marienbad My Love by Mark Leach consists of seventeen volumes and 17.8 million words. This book appeared on only one list. 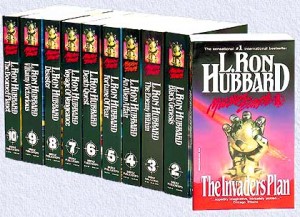 Mission: Impossible to read in one sitting

Not quite as long, L. Ron Hubbard’s Mission Earth (1985-1987) has only ten volumes containing 1.2 million words. Sometimes seen as a series of novels, Hubbard intended Mission Earth “to be a single novel, published in ten volumes.”

A Dance to the Music of Time (1951-1975) by Anthony Powell follows Mission Earth with fewer than one million words in twelve volumes. It is “sometimes regarded as a novel sequence” which begs the question: is Dance a single novel, as Hubbard’s Mission Earth claims to be? 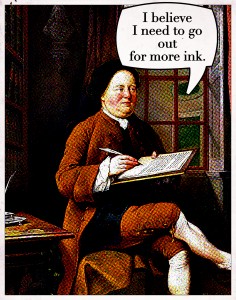 Richardson ponders his next chapter

Traditional in format and first published in 1794 , Clarissa; or, the History of a Young Lady by Samuel Richardson, is merely 984,870 words in one thick volume.

Poor Fellow My Country (1980) by the Australian author Xavier Herbert is another lengthy work—852,000 words! Slightly less wordy is Women and Men (1987) by Joseph McElroy at 850,000 or 700,000 words (both are estimates). If you want to sample McElroy’s work in a shorter format, Falvey owns his Lookout Cartridge (531 pages, no word count available).

Varney the Vampire, originally published as a series of “penny dreadfuls” from 1845 to 1847 and then as a book in 1847 has 667,000 words. The author is either James Malcolm Rymer or Thomas Preskett Prest. Varney is still in print although not in Falvey’s collections. (Ed. note: We noticed that Varney is currently being offered free for Kindle devices at this link. Read at your own risk!).

With only some 22,000 fewer words, Atlas Shrugged (1957) by Ayn Rand is almost as long as Varney the Vampire although Atlas Shrugged was first published just over one hundred years later. 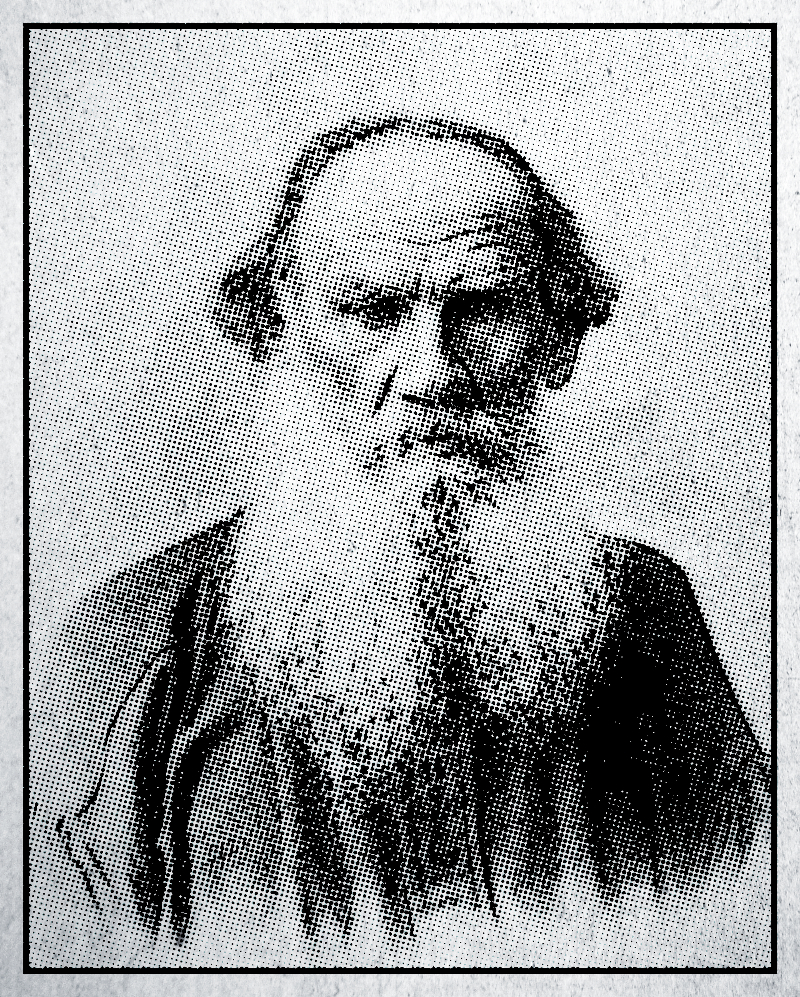 Sorry to have burst your bubble, Leo

How do these novels compare in size with such well known ones such as War and Peace (1869) written by Leo Tolstoy in Russian and later translated into English? War and Peace contains about 560,000 words; that puts it near the bottom of this list. And where does Margaret Mitchell’s Gone with the Wind (1936) rank? At over 400,000 words, it is at the bottom of this list.

If nothing on this list appeals to you, there is always “The New York Times” list of best sellers. Books are divided into categories such as print (hardcover and paperback), e-book, fiction, non-fiction and more. They are ranked by popularity—if you are looking for a super long book, you are on your own.