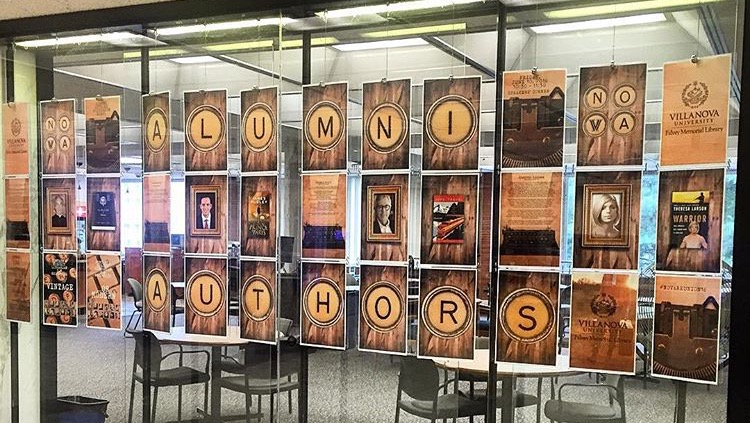 Falvey Memorial Library is thrilled to be hosting the second annual Alumni Authors’ Panel. The event will be held this Friday, June 10, at 10:30 a.m. in the Speakers’ Corner. At the Friday event you will hear three Villanova graduates from different class years and colleges. Each will discuss the process of writing, publishing and marketing their book. This year’s panelists include Fr. Paul Morrisey ’61 COE, Jim Dudley ’08 CLAS, ’15 VLS, and Tom Swick ’74 CLAS. We are pleased to co-sponsor this event with the Alumni Association.

Fr. Paul F. Morrissey, OSA, D. Min., graduated from Villanova University in 1961 with a Bachelor of Science in Civil Engineering. He has been an ordained Roman Catholic priest for 49 years. Fr. Morrissey is a pastoral counselor, has served as a chaplain in the Philadelphia prison system since 2006, and is founder and director of Adeodatus Prison Ministry. Fr. Paul is the author of Let Someone Hold You: the Journey of a Hospice Priest, published in 1994, which won the Catholic Press Award and the Christopher Award.

His most recent work, The Black Wall of Silence, published in 2015, is a novel about the cover-up of the sexual abuse crisis in the Catholic Church. It is Fr. Paul’s sincere hope that this book will foster a healing and hope in the Catholic Church. Born in Upper Darby, he is one of fourteen (!) children and a graduate of Monsignor Bonner High School.

Tom Swick  graduated from Villanova University in 1974 with a B.A. in English. Swick was the travel editor of the South Florida Sun-Sentinel for nearly two decades. He is the author of a travel memoir, Unquiet Days: At Home in Poland, a collection of travel stories, A Way to See the World: From Texas to Transylvania with a Maverick Traveler and the recently published The Joys of Travel: And Stories That Illuminate Them.

His work has appeared in The American Scholar, The Oxford American, The North American Review, The Missouri Review, The Wilson Quarterly, Ploughshares, Boulevard, Smithsonian, National Geographic Traveler and The Best American Travel Writing 2001, 2002, 2004, 2008, 2012 and 2014. He has lived and worked in England, France, Greece, and Poland, and he speaks French and Polish.

James Dudley earned a B.A. from Villanova University in 2008 with a double major in History and Political Science.  He served in the U.S. Navy as a surface warfare officer and then returned to Villanova, earning a J.D. from the School of Law in 2015.  His first novel, The Clown Prince of Paris, was published in 2016.

We hope to see lots of past, present and future Wildcats at #NovaReunion16!