Bill Greene retires after 42 years service to the Library

Bill Greene will retire from Falvey Memorial Library on June 1, 2016, after 42 years of service. To be exact, Bill has spent almost 47 years working in the Library since he started as a student worker in May 1969. 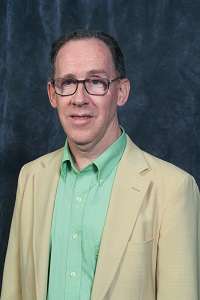 Bill began his time at Villanova University in September 1967 as a business major, but business was not his forte, so the following year he transferred to the School of Education, again as a freshman. On the last day of his second freshman year, Bill returned home after taking a Spanish final and was told that a neighbor and former acquisitions librarian at Falvey, Mrs. Gosweiler, had called to ask Bill if he would like a summer job in the Library. Bill decided, “Why not give it a try?” and started working in the Acquisitions Department the next day.

After graduating with a degree in education in 1972, Bill became a part time employee at Falvey Memorial Library where he split his time between the acquisitions and periodicals departments.

He went on to earn a graduate degree in library science, graduating in 1974. Following his graduation from library school, Bill became a full time employee at Falvey.

Bill’s main responsibility as a full time worker was to prepare bindery shipments. He said, “Although we have fewer than 300 print journals today, I can remember a time when we sent out a bindery shipment of 75 to 200 titles every two weeks.” Bill’s other duties included checking in and shelving mail and training student aides to work in the bound stacks. He was also responsible for collecting all Villanova publications, a job given to him by former Library Director Mary Ann Griffin.

Over the years, Bill has served on many committees. He was one of the original five members of the Falvey Memorial Library VQI (Villanova Quality Improvement) team and also served on the library’s Student Employee Appreciation Committee. Bill was a member of the library publications team and wrote many articles for library publications. Academically, Bill worked for and earned an MA in liberal studies in May 2007.

Besides being a valuable employee, Bill is also a man of many talents. He is known for being the library vocalist and is present at many birthday celebrations, ready to sing “Happy Birthday” or “Happy Trails” to anyone leaving the Library. Bill owns an impressive science fiction collection. When asked to pick his favorite science fiction writer, Bill names two: Ray Bradbury and Theodore Sturgeon for his short stories. An avid fan of dinosaurs, Bill has written, but not yet published, a book on dinosaurs and owns a large collection of dinosaur books.

Bill plans to spend his retirement fulfilling his lifelong dream to write a science fiction novel, possibly based on some of his experiences at Falvey. He will continue to play his keyboard, join a book group or two and spend time with friends. When asked what advice he would give to a new library employee Bill said, “Be sure to get to know everyone and make new friends. Take advantage of the things the Library and University will teach you. You will learn a lot of new things!” Ever the optimist, Bill likes to point out that even if you do have two freshman years you can still be the person who goes on to earn an undergraduate degree and two master’s degrees!