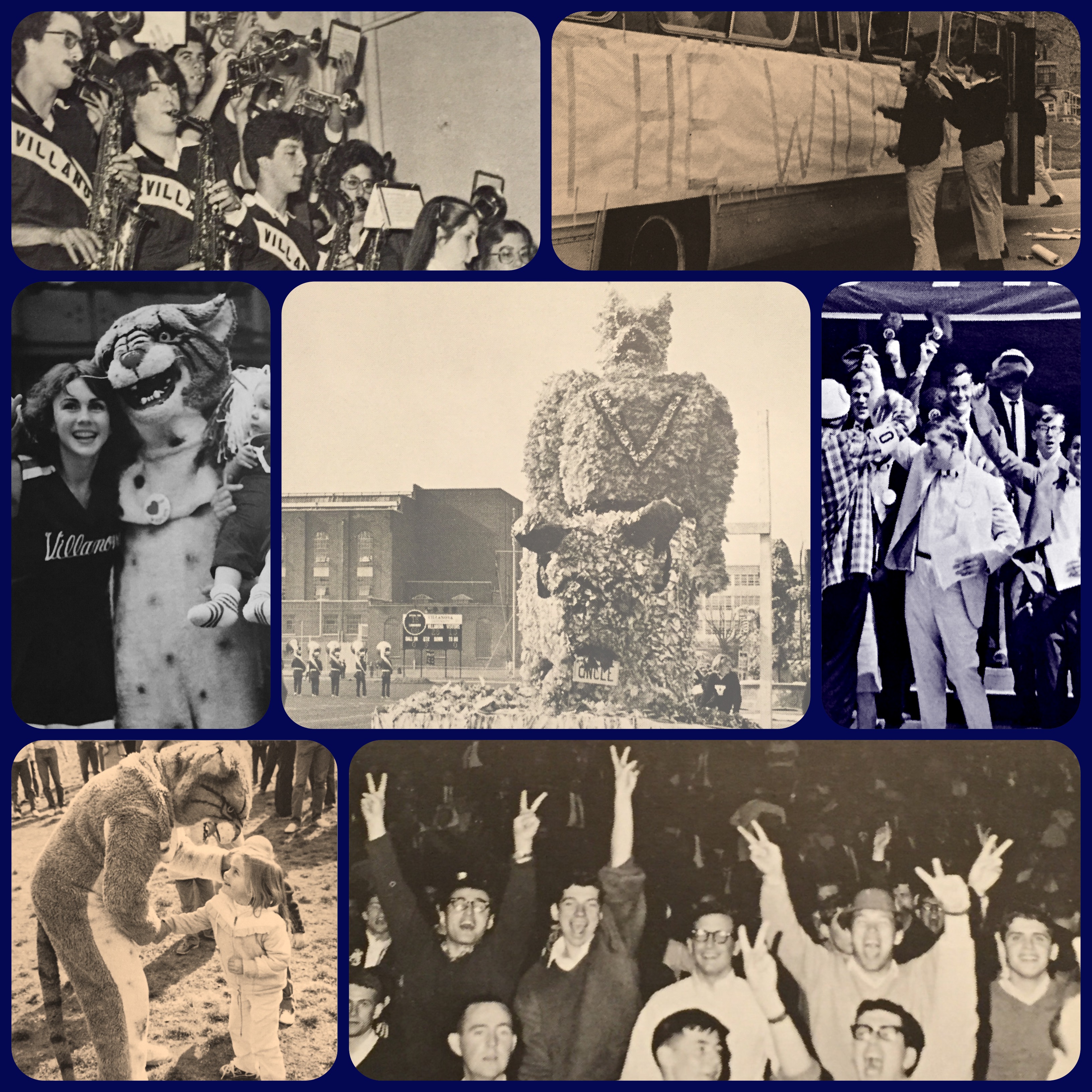 Who’s giddy? Are we giddy? What is it about this time of year that makes the campus go a bit… um, mad? The photos above collected from the Library’s Belle Air shelf seem to prove that V is not only for Villanova, but also very much for vintage vim, vigor & verve! And not only when in the vicinity of the vernal equinox! (Voila! You’re Velcome! 😉)

Now, researching the term March Madness can lead you down into a tangley rabbit hole of trademark law – pun intended, as it can be traced to the original, original origins of spring madness: the behavior of hares. Who can get a little frisky this time of year.

The best part of the story, though, is the literary Illinois High School Association official who wrote for the IHSA Magazine, and tied together scholarship, patriotism and basketball in lovely ways. His name was H.V. Porter, and he wrote “Basketball Ides of March” in 1939.

And a million motors hum

In a good will flight on a Friday night;

A sharp-shooting mite is king tonight.

The Madness of March is running.

And field goal hunters are gunning.

And race on a shimmering floor.

In a goal acclaiming roar.

On a Championship Trail toward a holy grail,

All fans are birds of a feather.

When the air is full of leather.

Since time began, the instincts of man

On tournament night the sage and the wight

Are relatives under the skin.

But with nation-wide appeal.

In a cyclone of hate, our ship of state

Rides high on an even keel.

Is the courage, strength and will

In a million lives where freedom thrives

Beneath some foreign arch

Let their sons tread where hate is dead

In a happy Madness of March

May your weekend be full of shining moments, Nova Nation! Go ‘Cats!!

Incidentally, Belle Air yearbooks are viewable during regular library hours. Ask for your desired year at the front desk and someone from our friendly staff will retrieve it for you!