Dig Deeper: March, a good time to improve or invent!

According to the Library of Congress, Alexander Graham Bell invented the telephone in 1876. According to patent records, on March 7, 1876, Mr. Bell was granted a patent for an Improvement in Telegraphy (A. G. BELL., TELEGRAPH-Y. N0.174,46-5. Patented March 7,1876- US174465 A), improving on his patent filed March 6, 1875, Improvement in transmitters and receivers for electric telegraphs, (US161739 A). In April of the same year, Mr. Bell subsequently filed another improvement using the “telephonic” word, Improvement in telephonic telegraph-receivers (US 178399 A). The next year Mr. Bell organized the The Bell Telephone Company. He later developed the principles of laser and fiber optics, developed a forerunner to the iron lung, and experimented with hydrofoils and aircraft.

On March 7, 1899, the Imperial Patent Office in Berlin registered acetylsalicylic acid, otherwise known by its brand name, Aspirin, on behalf of the German pharmaceutical company Friedrich Bayer & Co. The British patent for Aspirin had been previously filed in December 1898 – Jeffreys (2004). Aspirin : the remarkable story of a wonder drug. 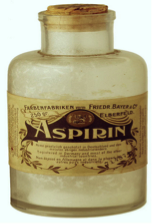 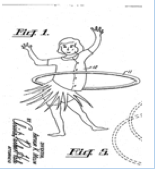 If anyone wants to see actual patent models, they are very close:

“Recently, the Hagley Museum and Library in north Wilmington assembled the second-largest collection of patent models in the world behind the Smithsonian. These Lilliputian, custom-crafted designs are “working models of ideas, but they are also works of art,” Hagley Executive Director David Cole said.” – http://www.delawareonline.com/story/life/2016/03/02/hagley-owns-countrys-2nd-biggest-patent-model-collection/81214566/

Many of Ben Franklin’s inventions have also been on display at the Franklin Institute in Philadelphia.

Article written and resources selected by Merrill Stein. Stein is team leader of the Assessment team and liaison to the Department of Political Science.