Villanova Electronic Enthusiasts Club (VEEC) 2:30-4:30 p.m. in the first-floor lounge. The VEEC is a social club, focused on recreation and relaxation. Participants gather to play video games in a safe and fun environment. The VEEC is always accepting new members. Open to all. Come join in for games and fun. Questions? Contact: Matthew Pasquale 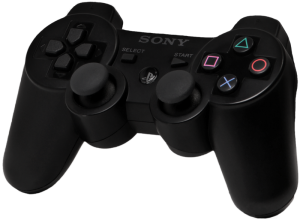 Happening @ ‘Nova
Be sure to check out these noteworthy events that are taking place on Villanova’s campus soon!

Adela Dwyer-St. Thomas of Villanova Peace Award: 2/15
The Center for Peace and Justice Education is pleased to announce General Roméo Dallaire as the 2015 Adela Dwyer/St. Thomas of Villanova Peace Award recipient. His lecture “Are All Humans Human?” will be held Monday, Feb. 15, 5 p.m., Villanova room. General Dallaire commanded the United Nations peacekeeping mission in Rwanda prior to and during the 1994 genocide. His courage and leadership during this ill-fated mission have earned him recognition, affection, and admiration from around the globe. In recent years he has turned his attention to the use of child soldiers. General Dallaire will receive the 2015 Adela Dwyer-St. Thomas of Villanova Peace Award for his work to raise awareness about and eradicate the use of children as weapons of war. Questions? Contact: Sharon Discher

Annual Faith and Reason Lecture: 2/16
The Department of Humanities Presents, the 2016 Faith and Reason Lecture, titled “By the Renewal Of Your Mind: How to Practice Your Education in Everyday Life.” Speaker: Dr. Kevin Hughes, Chair, Department of Humanities; Associate Professor, Department of Theology. The event will take place on Tuesday, Feb. 16, 7:30 p.m. in Bartley Hall, room 1011 Refreshments will be provided after the lecture in the Bartley Atrium. Questions? Contact: Luisa Ruggieri 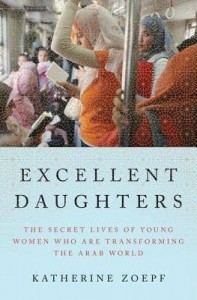 The author of Excellent Daughters, Katherine Zoepf, has “lived in or traveled throughout the Arab world, reporting on the lives of women, whose role in the region has never been more in flux. Only a generation ago, female adolescence as we know it in the West did not exist in the Middle East. There were only children and married women. Today, young Arab women outnumber men in universities, and a few are beginning to face down religious and social tradition in order to live independently, to delay marriage, and to pursue professional goals.” How does this compare to the experience of young women in the United States or in Third World countries?

This Week in Villanova History. A wish for spring and looking towards Valentine’s Day, this selection seemed appropriate.

“Arbutus,” a poem by John I. Whelen, ’95 [1895]. “A sprig of the trailing arbutus/Its flower a tint of the rose;/Sweet harbinger of the springtime,/Growing beneath the snows./ … I bring thee the blossom beloved,/That the blush of its bloom may impart/The story of fondest affection/I hold for thee deep in my heart;/ … Forever my love will endure. …” The Villanova Monthly, Vol.V, No. 2 (Feb. 1897), p. 77. Bound volumes are housed in the University Archives.

Did you hear the big astronomy news? Scientists and astronomers have officially detected gravitational waves: “Einstein in 1916 proposed the existence of gravitational waves as an outgrowth of his ground-breaking general theory of relativity, which depicted gravity as a distortion of space and time triggered by the presence of matter. Until now scientists had found only indirect evidence of their existence, beginning in the 1970s” [source – read more!]. The discovery, which has researchers absolutely excited, should have a big impact on how us wee humans study the universe from here on out. Be sure to read up on the discovery – there are colliding black holes and everything! Move over, J.J. Abrams. 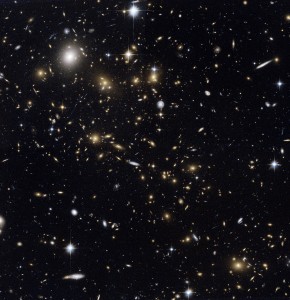 Bessie Coleman (1892-1926) was an American civil aviator who stopped at nothing to achieve her dream of piloting. While Coleman was working in a barbershop in Chicago, she heard many stories about flying in WWI from her veteran patrons. Unfortunately, at the time, no American flight school would accept Coleman, and not even black U.S. aviators would train her. Determined to follow through with her dream to fly, Coleman learned French and went to Paris to learn to pilot. She became the first African American female pilot and the first Native American woman to hold an aviation license. She was also the first woman of African American and Native American heritage to obtain an international aviation license. 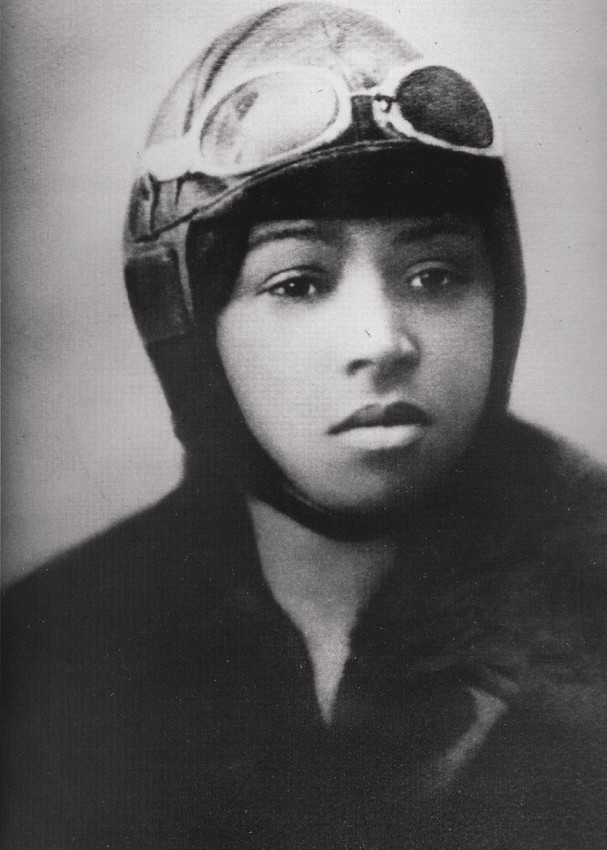 “I refused to take no for an answer.” – Bessie Coleman