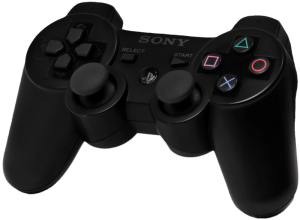 It’s the second week of Four in February and, with Valentine’s Day coming right up, it’s also Love Week! In honor of the holiday, and to continue February’s ‘Cat in the Stacks video game trend, let’s talk co-op games. For the lay folk, a co-op game is a game played cooperatively between two or more players. Players use teamwork and camaraderie to work toward a common goal. What better Valentine’s Day activity could you ask for? A nice dinner and some quality gaming time? Sounds good to me.

Here are some of my favorite cooperative games to play with your sweetie or squeeze. After each recommendation, you will be linked to a scholarly article regarding the suggested game (all accessed through Falvey Memorial Library, of course!). The chosen articles cover topics from the use of games in sociological studies, the ludological study of games, an analysis of game creation, cultural ownership of brands, and even studies in cognitive science! Who knew, eh?

For the record, playing co-op with your bae might test your relationship as much as strengthen it! That being said, let’s take a look at what’s out there… 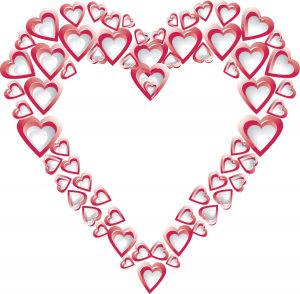 Portal 2 has a single-player main story, but also has a cooperative mode featuring two adorable robot characters. This game is all about logic, puzzles, and physics, so bring your brain and your patience.

Read The Power of Play: The Effects of Portal 2 and Lumosity on Cognitive and Noncognitive skills

Star Wars: Battlefront (EA 2015) is a multiplayer game but you have to option to partner up online with your favorite gamer pal. When you partner with someone, you have access to all of your partner’s unlocked powerups–and you get to play strategically with each other!

Read Star Wars Fans, DVD, and Cultural Ownership: an interview with Will Brooker

Borderlands (obligatory warning that this game is rated M) features a co-op campaign, so you can play through the whole game–story and all–with another person. This is a pretty rare and fun mechanic! Typically, games with stories feature separate co-op modes; in Borderlands, co-op is a main feature, not an extra.

Read Breaking the Game: The traversal of the emergent narrative in video games

Guild Wars 2 is a massive multiplayer online roleplaying game (MMORPG, or MMO for short) and the reasons I suggest it over, say, the ever-popular MMO World of Warcraft for a night with your boo thang are many. For one thing, the game doesn’t have a monthly subscription, so if you wanna make it a relationship hobby you don’t have to make it an addiction. You can pick it up and put it down whenever you want! Secondly, the game focuses a lot more on story than most MMOs and presents you with a lot of interesting narrative choices, so the experience gives you something more to think and chat about with your partner of choice.

Read Building a Virtual World: The Pipeline and Process

Okay, okay, remember when I said playing games together might test your partnership? I was mostly talking about this game. Mario Kart veterans will absolutely know why. This game technically isn’t simply co-op if you’re racing each other, but there are alternate game modes. Frankly, there are few games that make people angrier than this cartoony and colorful title. Why? Well, it’s mighty competitive and can bring out the worst in people. On the other hand, it’s extremely fun, extremely family-friendly, and no matter how angry you get, you can’t stay too flustered when everything is so adorable.

For the record, Will D. Cat and his giant paws creamed the competition in Mario Kart at our most recent finals stress buster in Holy Grounds! Can you say talent?

So there you have it, five recs for gaming with your beau, and five great scholarly articles featuring the aforementioned game titles–a little love for your heart and brain!