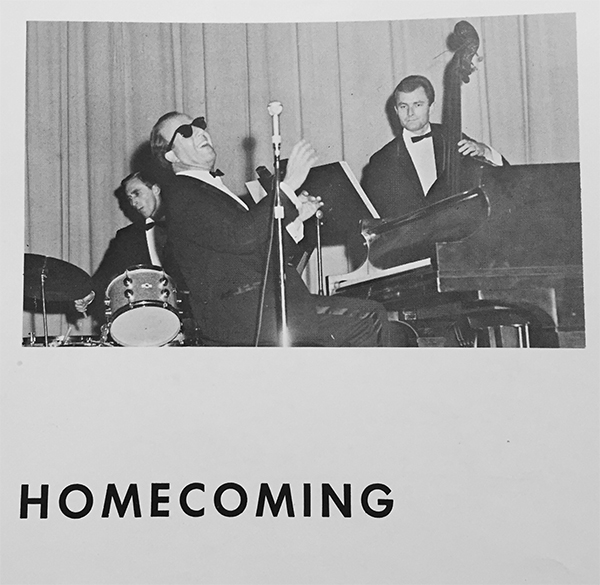 Okay, so maybe the Beatles were booked that weekend. But no matter: Villanova’s Homecoming 51 years ago featured a concert from another Brit and Top 40 favorite, George Shearing.  Shearing, a jazz pianist and blind from birth, enjoyed colossal record sales and worldwide fame, inventing the “Shearing Sound”. As mentioned in Billboard, Shearing and The Serendipity Singers appeared at the Field House on October 9, 1964, to a capacity crowd of 3,700 enthusiastic Wildcats (okay, we added that part.)

According to the 1965 Belle Air, we know Shearing played, appropriately, Autumn Leaves. Were you there? If so, did he perform with his quartet or sextet? Was it awesome? Inquiring ‘Cats want to know!! 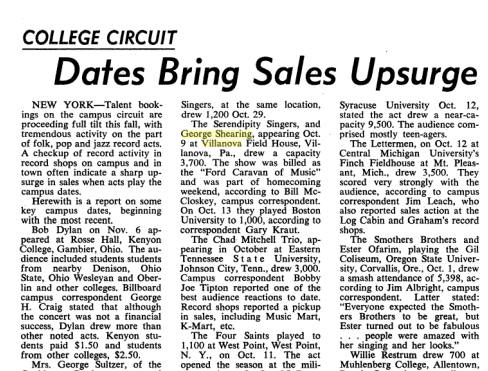